WASHINGTON, D.C. — The vote on a contempt resolution scheduled for Wednesday against Attorney General Bill Barr appears to be a shot across the bow at House Republicans.

House GOP members hit a Democratic attorney general with the same charge for the first time in history seven years ago.

Democrats say Barr must face a contempt charge and point to a leaked letter from special counsel Robert Mueller to Barr showing Mueller’s concern over how Barr’s conclusions from the Russia probe were interpreted by the media.

The media’s frenzy came prior to the Department of Justice’s release of the redacted report as evidence that Barr lied to the House Judiciary Committee last month about the report.

Additionally, House Judiciary Committee Chairman Jerry Nadler, along with Democratic leadership, believe Barr should face contempt as a means to have him release all of the un-redacted Mueller Report, including grand jury information.

The Attorney General has taken extraordinary steps to accommodate the House Judiciary Committee’s requests for information regarding the Special Counsel’s investigation. But to date, Chairman Nadler has not reciprocated, refusing even to read the minimally-redacted version of the Special Counsel’s report and imposing novel and unreasonable terms on the Attorney General’s offer to testify before the Committee.

Despite this, the Attorney General will continue to engage in good faith with Congress on these issues. The Committee was informed over the weekend that the Department of Justice would be responding today. The Department’s letter invites Committee staff to come to the Department on Wednesday to discuss a mutually acceptable accommodation. The Department remains willing to accommodate Congress’s legitimate needs, but must do so consistent with the law.

The first time a contempt charge happened against an attorney general was on June 28, 2012, against Obama Attorney General Eric Holder.

At the time, Holder refused to turn over documents related to the Justice Department’s botched gun-running operation, known as “Fast and Furious,” to the House Oversight Committee.

Fast and Furious was a “gun-walking” program used by the Bureau of Alcohol Tobacco and Firearms (ATF) from the Arizona field office that enabled licensed firearms dealers to sell guns to illegal straw purchasers with the intent of tracking the firearms to Mexican cartel drug lords, capture them and take apart their narcotics operations.

By 2010, however, it became known that guns being tracked by ATF were found at brutal crime scenes on both sides of the U.S. southern border, including the site where U.S. Border Patrol Agent Brian Terry was murdered in December of that year. Terry was killed by an armed Mexican gang member trying to rob smugglers moving narcotics from Mexico into the United States. (RELATED: Holder: No Apology For ‘Fast And Furious’ Death Of Border Patrol Agent)

However, Sharyl Atkisson reported, while at CBS News, that documents obtained by the network showed that Holder began getting routine memos describing Fast and Furious ten months before that hearing. (RELATED: ‘Fast And Furious’ Docs Reveal Holder Was Given Multiple Detailed Accounts Of Gun Program)

Then-House Minority Leader Nancy Pelosi and dozens of Democrats staged a walkout to boycott both votes, but the vote for the criminal contempt charge passed 25–67, with 17 Democrats voting in support of the measure and two Republicans — Ohio Rep. Steve LaTourette and Virginia Rep. Scott Rigell, —opposing it.

“I urge my colleagues to vote no or no vote but to seriously reject and let’s hope this will not be repeated. But I’m telling you it’s Eric Holder one day. You don’t know who it is the next, because of the frivolousness which they treat a serious responsibility of the House of Representatives. It’s appalling,” Pelosi said on the floor of the House at the time of the vote.

The civil contempt measure passed 258-95 margin and 21 Democrats supported that resolution.  In a statement at the time, Holder slammed the vote saying: “Today’s vote is the regrettable culmination of what became a misguided — and politically motivated — investigation during an election year.”

He continued, “By advancing it over the past year and a half, Congressman Issa and others have focused on politics over public safety. Instead of trying to correct the problems that led to a series of flawed law enforcement operations, and instead of helping us find ways to better protect the brave law enforcement officers, like Agent Brian Terry, who keep us safe – they have led us to this unnecessary and unwarranted outcome.” 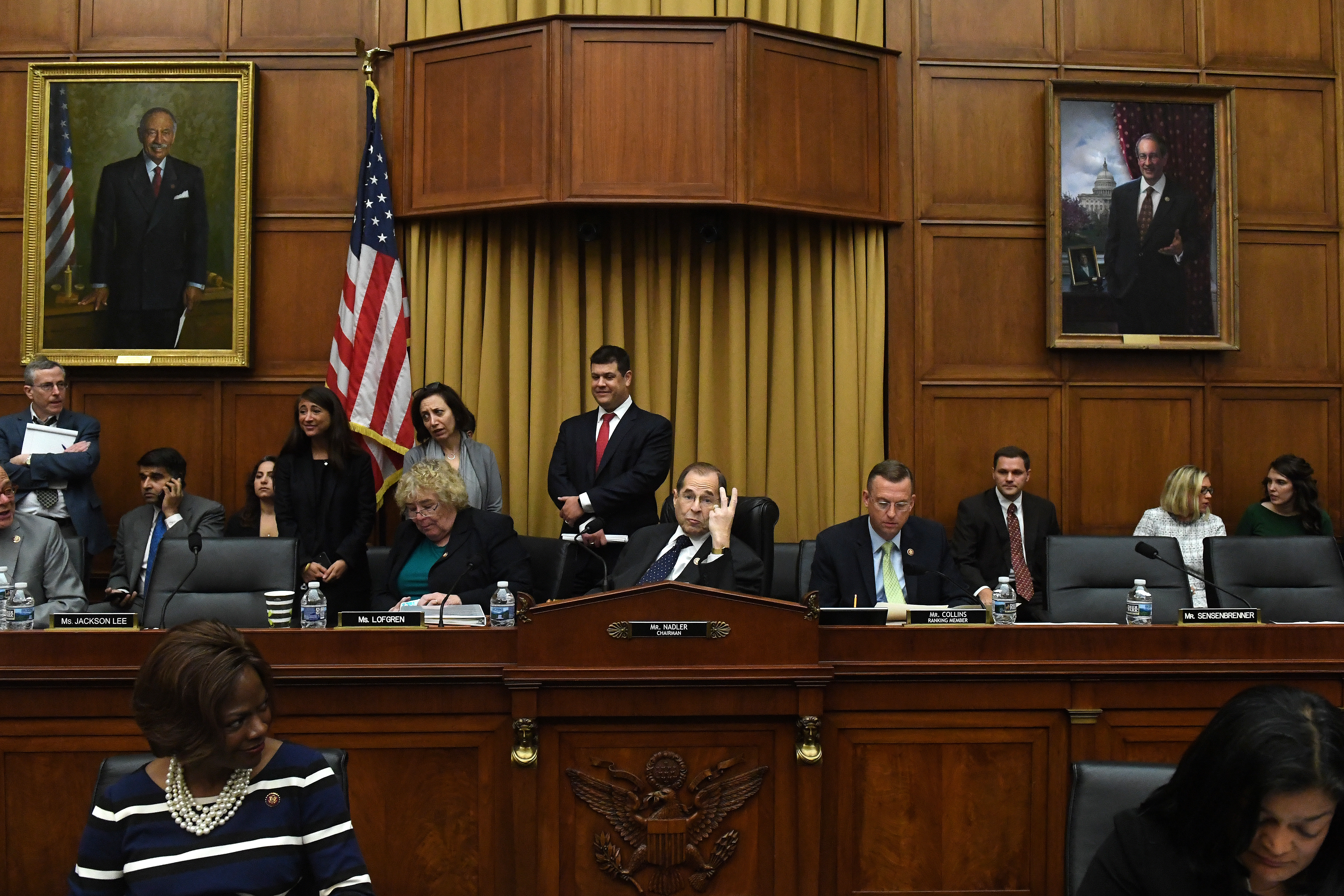 Some Democrats are calling for an “inherent contempt” citation. This would include Barr to be arrested or seized by the House chamber’s Sergeant-at-Arms in an effort to compel him to cede to their demands. It is unlikely this will happen and has not occurred since 1935.

The current contempt resolution, like the one against Holder seven years ago, requires only one chamber to pass it.  A contempt conviction carries a fine of up to $10,000 and one year in prison.

However, as seen in 2012 with Holder, when a contempt charge passes either chamber of Congress, it is sent to the  District of Columbia’s U.S. attorney who serves under the U.S. Attorney General and it is up to the attorney general to decide whether to prosecute. In 2012 that AG was Eric Holder and now it is Bill Barr.