Randi Weingarten told a crowd of about 200 union members from the education and health care fields in Detroit that they must fight against DeVos for disinvestment in public education, Courthouse News Service reported.

“I know she’s stupid,” Weingarten said, according to the news service.

The AFT president added that Harris visited more public schools in Michigan in one day than DeVos has during her time as secretary, which began in 2017.

“When you don’t have good policy to stand on, I guess you resort to name calling,” Education Department press secretary Liz Hill said to The Daily Caller News Foundation over email Tuesday.

It is “pretty sad for an organization that claims to represent the teaching profession,” Hill added. 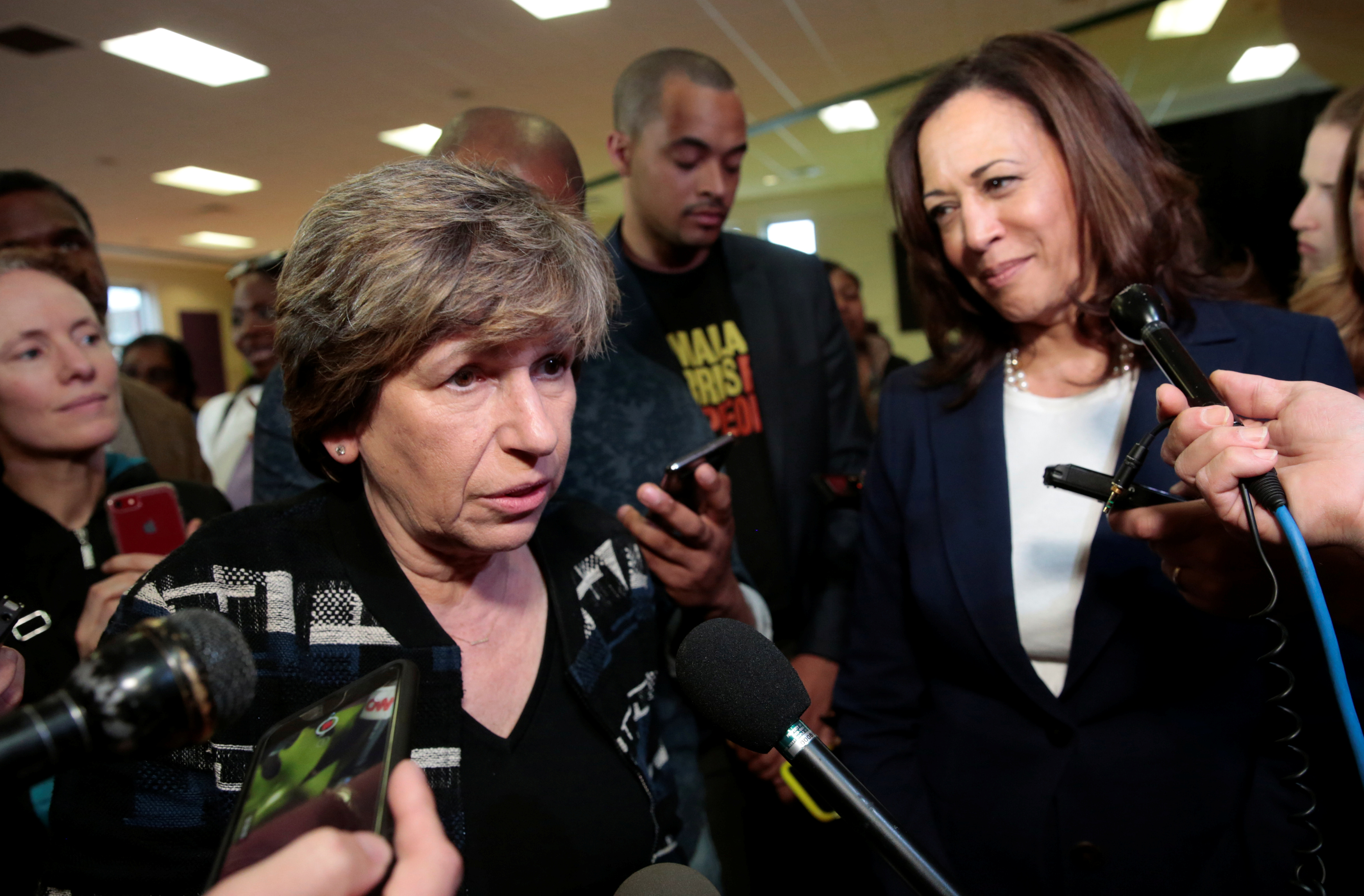 U.S. Sen. Kamala Harris (R) listens to American Federation of Teachers President Randi Weingarten speak to the media after speaking to members of the AFT in Detroit, Michigan, May 6, 2019. REUTERS/Rebecca Cook

Harris was in Michigan as part of campaign events for two days. (RELATED: Public School Teachers Could Be More Disgruntled Than Ever: Survey)