Republican Arkansas Sen. Tom Cotton spoke about his recent White House meeting on immigration and broke down what he’d like changed about the U.S. immigration system.

“The president wanted to lay out two broad approaches to immigration reform. The first is immediate and urgent,” Cotton said Tuesday on “Fox and Friends,” describing the president’s immigration reform package. “It’s addressing the crisis at our southern border where we had over 100,000 illegal border crossing apprehensions last month.”

“That’s going to be reforming our asylum laws to make sure that we don’t have people committing fraud, showing up, getting a piece of paper from left-wing lawyers and saying some magic words that lets them into the country olly olly oxen free,” the senator continued.

Cotton has been involved in immigration issues, having introduced legislation alongside Georgia GOP Sen. David Perdue that seeks to shift the U.S. to a merit-based immigration system. The Arkansas Republican, a longtime ally of the president, lashed out at the administration for its plan to dole out 30,000 more temporary worker visas. He has argued such practices hurt American workers and drives down wages.

“Today we have way too many people coming into the country who are unskilled workers or low skilled workers, and that’s driving down American wages. What we need is more people who are doctors or computer scientists, engineers,” Cotton continued Tuesday. 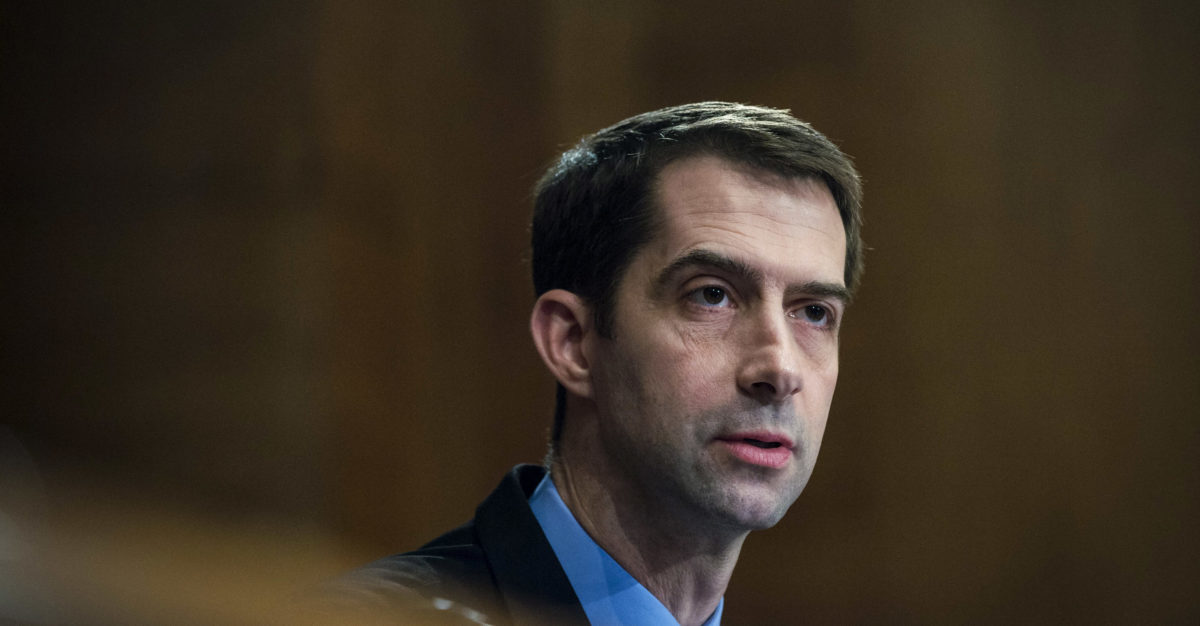 “And that’s the direction the president wants to go, as he said in the past. They laid out some broad principles yesterday, and I think we had pretty widespread agreement on those principles,” he said. (RELATED: 1% Of Honduran And Guatemalan Population Left For US Since September, McAleenan Says)