Trump made his aside while railing against the press for not showing the crowds at Trump campaign rallies.

“They never show [the crowd]. They will show the people behind me. Congratulations! They may have a lousy seat, but you know what? They’ll be famous tomorrow. But it’s true. They never like to show the crowds. I went to Texas and I made a speech. And Beto, Beto, boy has he fallen like a rock. What the hell happened to Beto? So we went to El Paso, and I made a speech and we had an arena that holds 8,000 or 9,000 people. The arena was packed. We had 35,000 people outside.” (RELATED: Trump Moves Rally For Ted Cruz To Bigger Venue After ‘Huge’ Response For Tickets)

“We have these massive movie screens outside. So those people that couldn’t get in could see. He had 502 people. The next day in the news, The New York Times’ guy actually wrote a story that he thinks that he had more people than me! Can you believe this? No, can you believe it? So dishonest. Most of them just said two massive crowds — well, his crowd was not massive. He had, like 502 people, according to people that count crowds.” 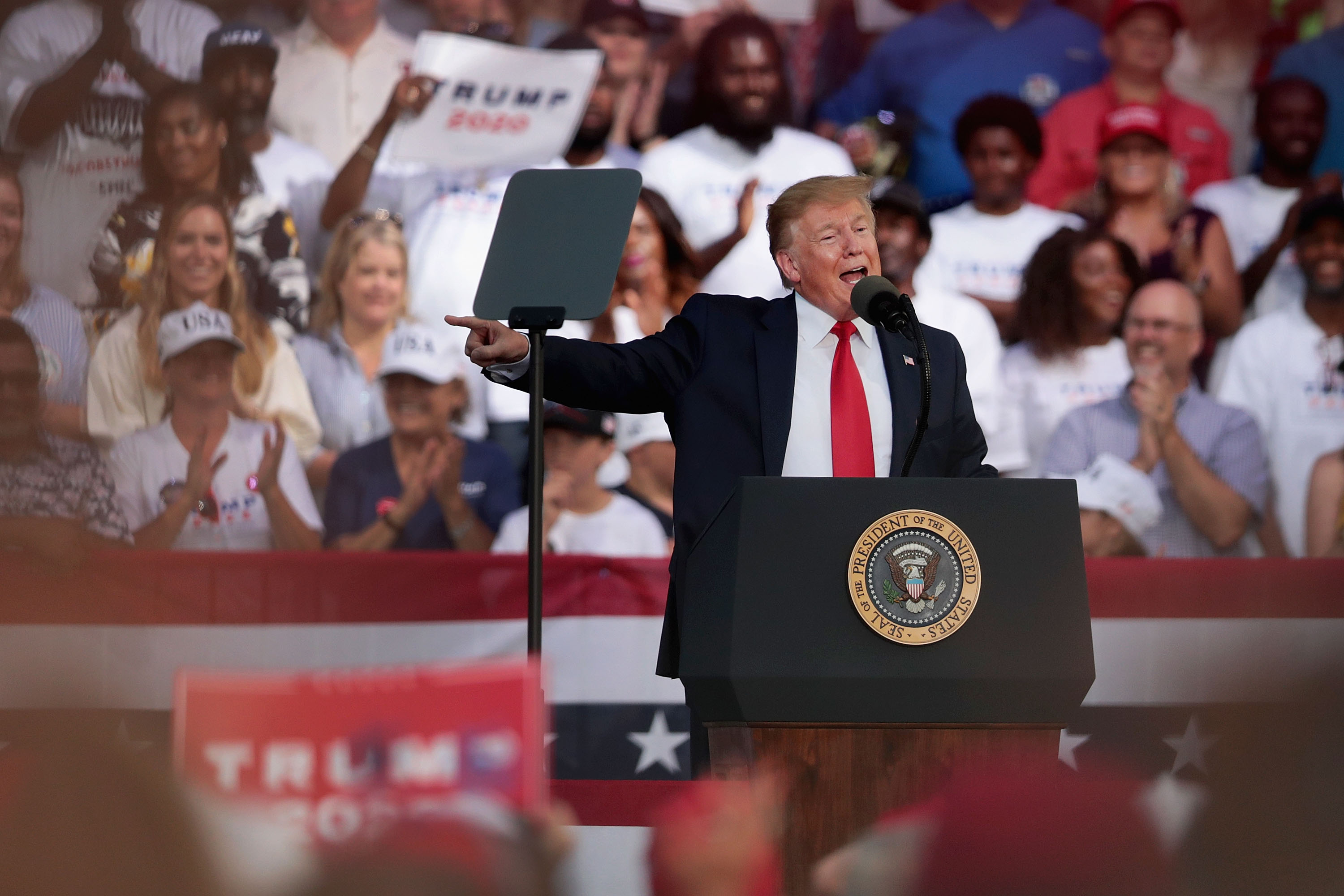 PANAMA CITY BEACH, FLORIDA – MAY 08: U.S. President Donald Trump speaks during a rally at the Aaron Bessant Amphitheater on May 8, 2019 in Panama City Beach, Florida. (Photo by Scott Olson/Getty Images)

O’Rourke’s popularity on cable news dropped throughout the month of April, according to weekly articles published by FiveThirtyEight on presidential candidates’ mentions on CNN, MSNBC, and Fox News. During the first week of April, he was the second-most named Democratic candidate, behind independent Vermont Sen. Bernie Sanders.

Since then, though, O’Rourke has not made it into the top four of candidates’ mentions.

He also has seen a dip in his poll numbers. According to a Morning Consult poll from April 14, O’Rourke garnered 8% of those surveyed. He maintained 8% for five straight weeks but his numbers dipped to 5% as recently as May 5.