Remember that time Pearl Harbor was bombed and FDR called the Emperor of Japan? Or the time the Twin Towers were struck and Bush ringed Osama Bin Laden? No? I don’t either. So why’d @realDonaldTrump call Putin after the Mueller Report was released? #CommanderInCheat 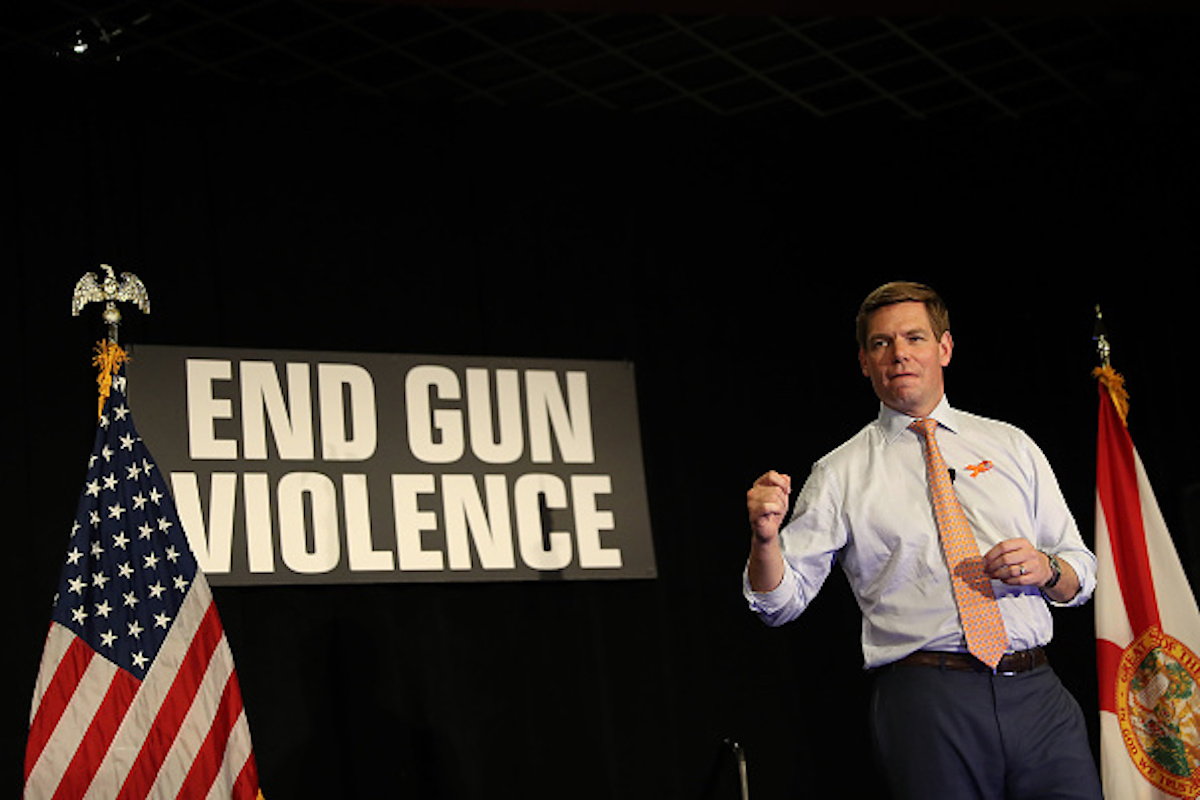 Rep. Eric Swalwell, who announced that he is running for president in 2020, speaks during town hall on gun violence at the BB&T Center on April 09, 2019 in Sunrise, Florida. (Photo by Joe Raedle/Getty Images)

Swalwell ignored the question of whether he would be in favor of impeaching either Barr or Trump.