Inslee is running for the Democratic nomination to challenge President Donald Trump in 2020. Inslee announced his run on March 1 with a video where he talked up his climate agenda and claimed to be the “only candidate who will make defeating climate change our nation’s number one priority.” (RELATED: Jay Inslee, The ‘Climate Candidate,’ Announces 2020 Presidential Bid)

“We are determined to build a solar and wind and electrical system where people can access clean energy and cleaner air to breathe for our kids as long as Washington state is here,” Inslee said after signing the measure, according to AP. “That’s a multi-generational commitment.”

California, Hawaii and New Mexico are the three other states that have set similar mandates to run either carbon-free or on energy from entirely renewable sources by 2045. Washington, D.C., has set a goal to run on renewable energy by 2032.

The mandate Inslee signed for Washington state is less ambitious than the climate change plan his campaign released on May 3. His campaign plan is similar to the Green New Deal and aims to make the U.S. economy “pollution-free.” 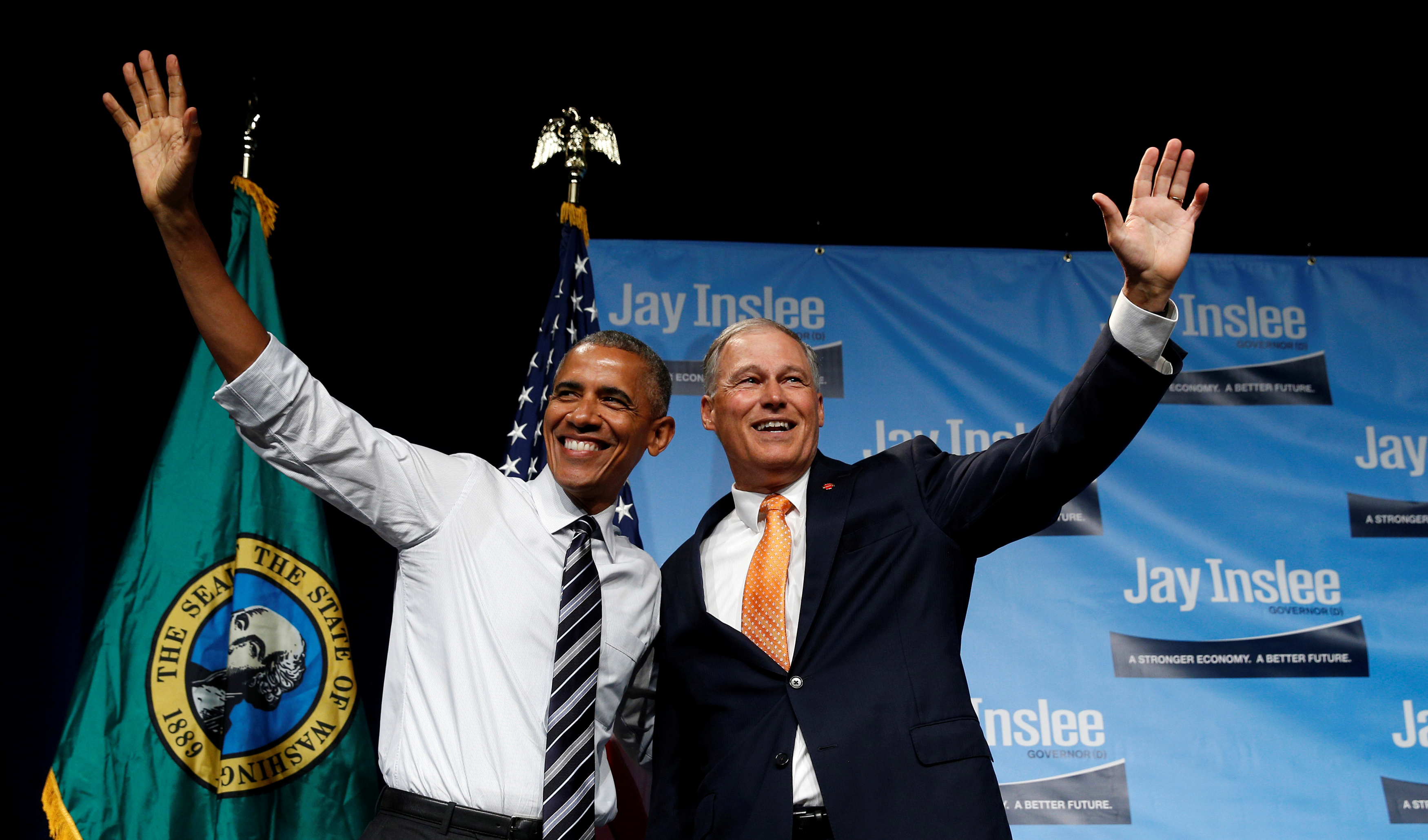 Inslee’s climate platform “will require a massive, full-scale mobilization of our federal government that will spur major innovation and deployment of clean energy,” according to the plan.

“This bill’s going to raise the cost of energy and it will do absolutely nothing to improve the environment in our state or in the world,” GOP state Sen. Curtis King said during a floor debate in March, the AP reported.

1
Beating Up An Old Man, Assaulting Journalists, And Ramming Protesters With Cars: Police Violence During Protests Caught On Video
US
2
Former NFL Executive Says This Team Should Sign Colin Kaepernick. Is It A Horrible Idea?
Editorial
3
Greg Abbott Declares State Of Disaster, Gives Green Light To Federal Assistance
US
4
Black Firefighter Spent His Life Savings To Open A Bar. Then Minneapolis Looters Burned It Down
US
5
Seattle Rioter Disarmed After Snatching AR-15 From Police Car
US