A bipartisan group of lawmakers joined retired coal miners and members of the United Mine Workers of America union in Washington, D.C., Wednesday to call for a fix to the coal industry’s failing pension fund.

The coal industry’s pension fund is set to collapse in 2022 and even earlier if Murray Energy, currently the largest coal mining company in the United States, goes bankrupt. Legislation in Congress would raise the cap on funneling money from a federal fund to reclaim old coal mines to pay off miners’ pensions.

“[Funding the pension plan] means a lot, it means everything,” 74-year-old Harry Higgerson, who spent 55 years in the coal industry before retiring, told The Daily Caller News Foundation.

Congress passed a similar fix in 2017 to federally fund retired coal miners’ healthcare plans, according to Reuters. Higgerson now wants the federal government to secure his pension as he and his wife now rely on the miners’ pension fund and Social Security for most of their monthly income.

“If those [bills] don’t go through and [the fund] goes belly up, it’s going to amount to about half of our retirement,” Higgerson told TheDCNF.

Private coal companies with the United Mine Workers of America (UMWA) union set up the pension fund, but the fund lost a significant amount of its revenue due to recent bankruptcies by the largest players in the coal industry. (RELATED: Coal Company Bankruptcies Are Putting Coal Miners’ Pensions At Risk)

Peabody Energy, formerly the largest coal company in the United States, filed for Chapter 11 bankruptcy in 2016. Several other of the sector’s largest companies went under around the same time.

“This is just a matter of fairness,” GOP Sen. Rob Portman of Ohio told a crowd assembled in front of the Capitol.        “[Retired coal miners] not only worked hard and played by the rules, they were in a really dangerous profession … They were given a promise and it was a promise that when they retire they would get a benefit under their pension.” 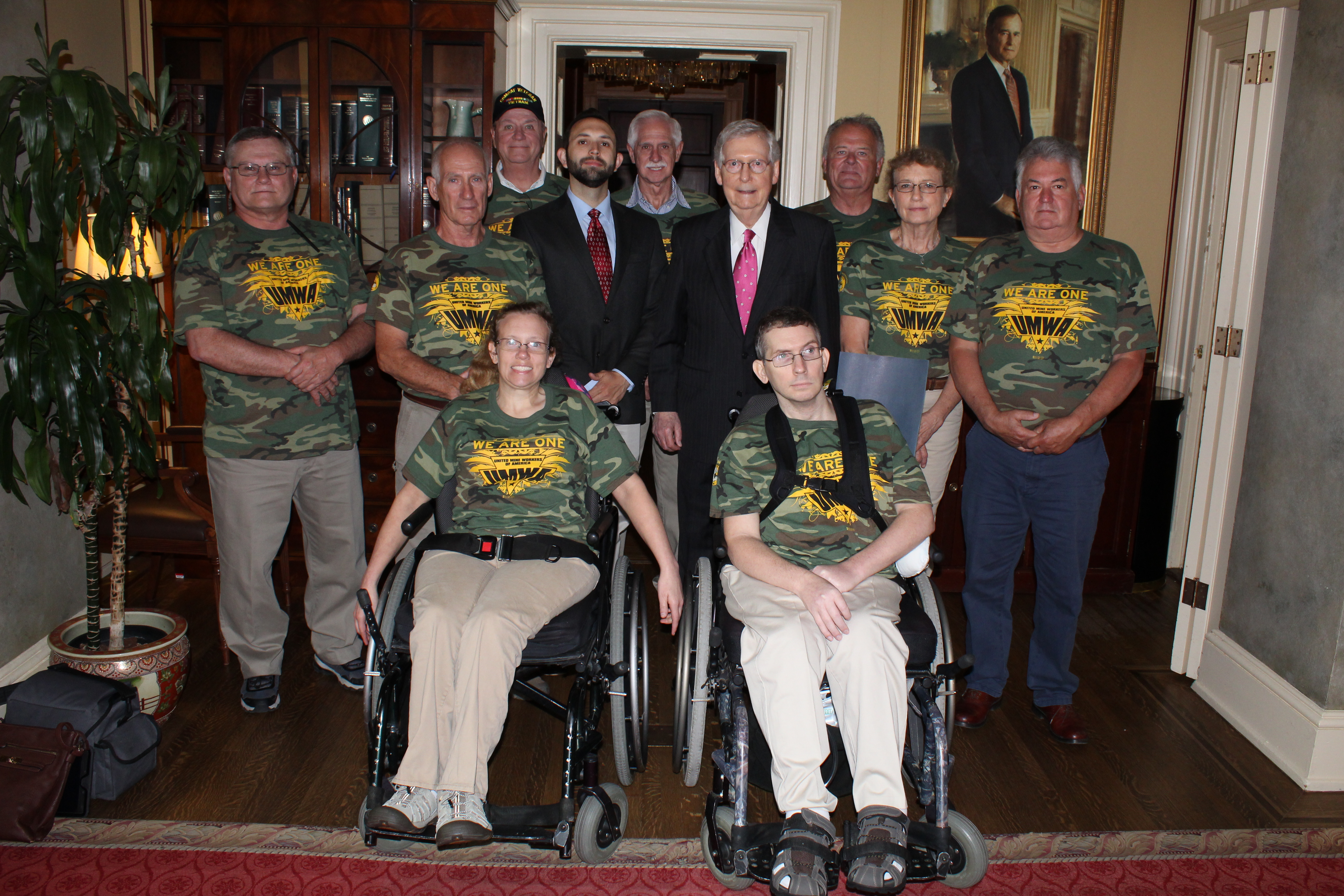 “Leader McConnell has long-been and will continue to be a strong supporter of Kentucky coal miners and their families. He has met with numerous Kentucky miners about important issues including the challenges facing their pension plan,” McConnell spokeswoman Stephanie Penn told TheDCNF in an email.

“Sen. McConnell is concerned about the challenges facing a number of multiemployer pension plans, including UMWA’s pension, and he believes it is best addressed through a broader bipartisan and bicameral pension reform effort,” Penn said.

Democratic Speaker of the House Nancy Pelosi is backing the proposed legislation, Cecil Roberts, president of the UMWA, said Wednesday. Pelosi’s office did not immediately respond to a request for confirmation.

The legislation is facing pushback in Congress from lawmakers that, like McConnell, want a more comprehensive bill passed that covers more than just one of the roughly 1,300 underfunded pension programs in the U.S.

Other lawmakers argue that bailing out the pension fund, set up by private industry in conjunction with the workers’ union, would set a bad and unworkable precedent: using taxpayer money to cover for companies that do not keep their promises.

GOP Sen. Mike Enzi of Wyoming criticized the proposal in March as the problem of underfunded pensions was being debated in the House Subcommittee on Health, Education, Labor and Pensions.

“[GOP Sen. Mike Enzi of Wyoming] is specifically concerned that bailing out the UMWA pension would set a dangerous precedent and make the federal government liable to bail out other underfunded pension plans around the country,” Enzi spokeswoman Rachel Vliem told TheDCNF in a statement at the time.