The Alabama Senate postponed a debate on a near total abortion ban after lawmakers began screaming at each other on the Senate floor Thursday.

The Republican-majority Senate adjourned without an official vote on House Bill 314, which criminalizes abortion as a Class A felony except in cases where an abortion is “necessary in order to prevent a serious health risk to the unborn child’s mother,” according to the legislation.

Doctors who violate the bill, also called the Alabama Human Life Protection Act, face a Class C felony which is punishable by a maximum of 99 years and minimum of 10 years in jail.

“There was no motion! He did not make a motion!” Democratic Senate Minority Leader Bobby Singleton repeatedly screamed on the Senate floor after the chamber’s chairman sought to strip from the bill an amendment providing exceptions for rape and incest without a roll call vote. “No, no, no!” Singleton yelled.

Clarification: the amendment was stripped without a vote. That caused chaos in the senate. They have now adjourned.

TAKE A LOOK: Lawmakers were discussing this bill that would have banned nearly all abortions. The Senate removed an amendment that added exceptions in cases of rape and incest. Right after a quick voice vote to strip the amendment chaos broke out. pic.twitter.com/rygpucN0s2

“We will probably spend more money on legal fees on this particular case than it takes for us to be able to bring healthy babies into the world,” Singleton said Thursday, The New York Times reported.

The vote is delayed until Tuesday.

Democratic Alabama state Sen. Vivian Davis Figures expects the bill to pass, and asked Republicans to pass the measure fairly. “You all are going to get your way, but at least treat us fairly and do it the right way,” she told Republicans on the senate floor Thursday, The NYT reported.

Republicans have defended the measure, arguing that the bill is about personhood. “Our position is just simply that the unborn child is a person, and the bill goes directly to that,” said Republican Alabama state Rep. Rich Wingo.

The bill first passed the Alabama House May 2 in a 74 to 3 vote. 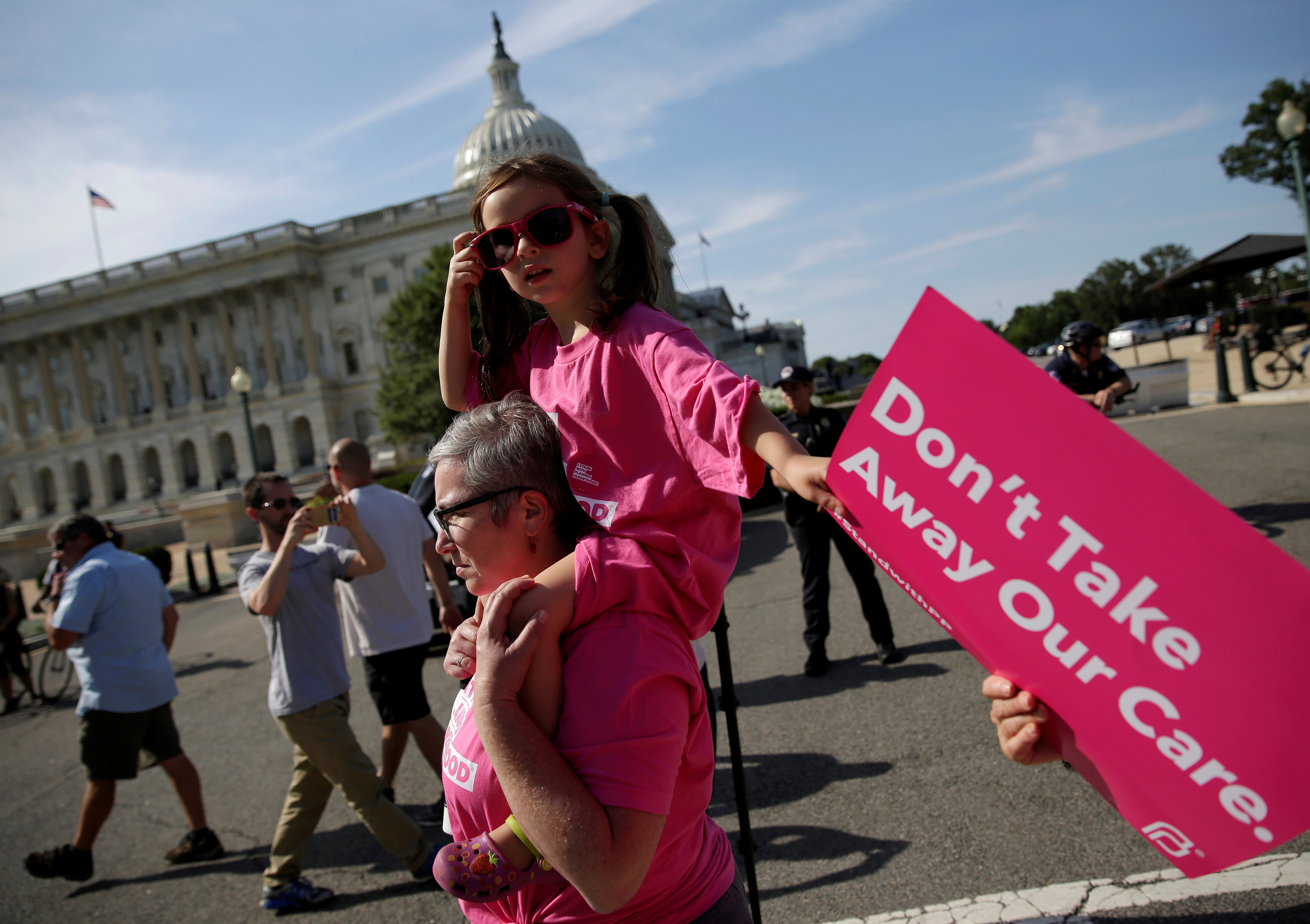 A girl is carried as healthcare activists with Planned Parenthood and the Center for American Progress protest in opposition to the Senate Republican healthcare bill on Capitol Hill in Washington, U.S., June 28, 2017. REUTERS/Joshua Roberts

The Senate’s delay comes after Democratic Alabama state Rep. John Rogers advocated for abortion access and said unwanted babies should be killed now or they’ll end up in the electric chair during a debate on the bill ahead of the House vote. “Some kids are unwanted, so you kill them now or you kill them later,” Rogers said, arguing that the decision to continue a pregnancy or have an abortion should be left to women.

The postponement also follows a probate court ruling in early March recognizing an aborted child as a person with rights after the father of an aborted baby sued the clinic that performed the abortion procedure.