WASHINGTON, D.C.—House Democrats may have damaged their chances of getting special counsel Robert Mueller to testify following the Wednesday contempt charge vote against Attorney General Bill Barr in the House Judiciary Committee.

The Justice Department blasted the Judiciary Committee after the party-line contempt vote.

“The only side who has made accommodations is the Attorney General, who made extraordinary efforts to provide Congress and the public with information about the Special Counsel’s work,” the DOJ said in a statement. Barr cannot “comply with the House Judiciary Committee’s subpoena without violating the law, court rules, and court orders.” (RELATED: House Judiciary Committee Votes To Hold Barr In Contempt Of Congress) 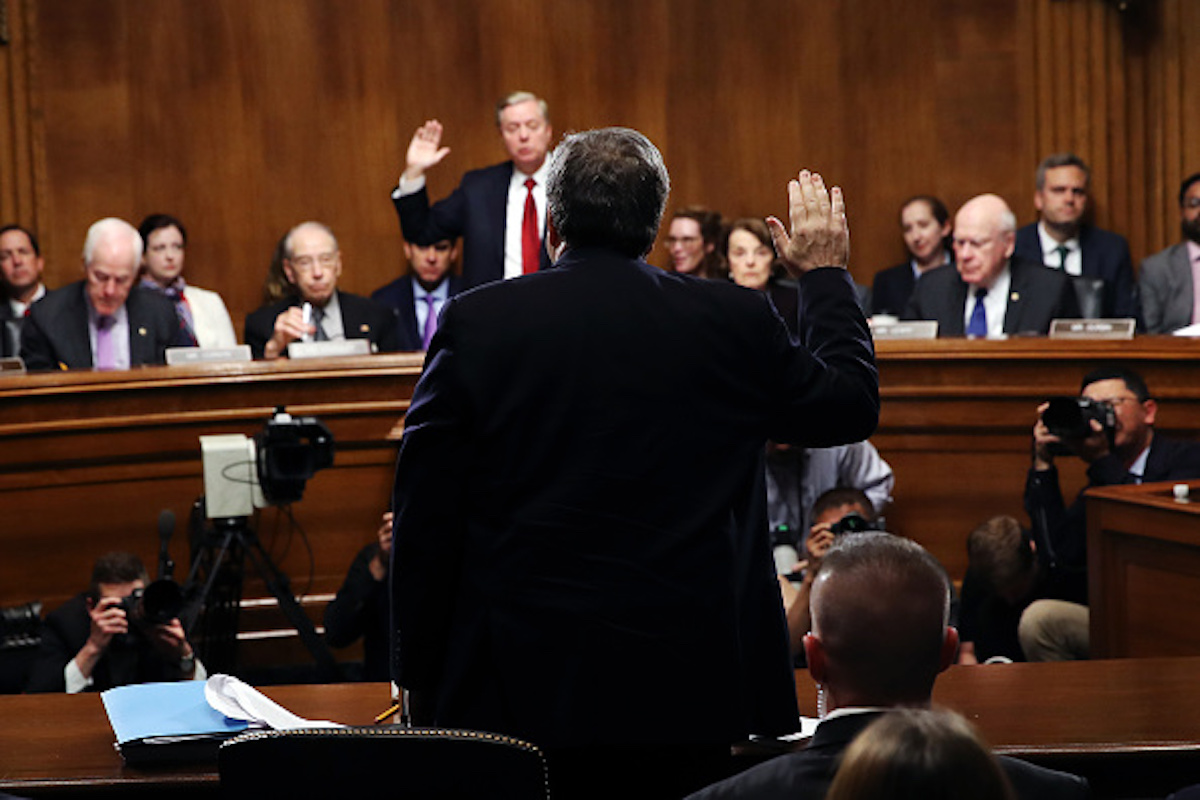 President Donald Trump said Thursday afternoon he would leave it up to Barr to decide whether Mueller could testify before Congress about the Russia investigation.

Trump previously tweeted he did not want Mueller to testify before Congress, but the contempt charge vote seems to have changed the circumstances.

As a result of Trump’s announcement, Barr could order the Justice Department not to allow Mueller to testify if the Democrats decide to take the contempt charge against him to the floor for a vote.

“Well, first of all, the two things are unrelated, and, you know, if that were used as a reason to try to block Mueller’s appearance, then the attorney general would simply be acting in a fit of pique,” he said. “But, in any event, Mueller has every right to testify and he has a duty to come forward and discuss the findings of his investigation.”

Raskin said that Trump leaving the decision to Barr was a “monarchical reaction on the part of the president,” adding, “They are really betraying a lack of understanding about how the system of powers work in America.”

The special counsel’s report on Russian interference in the 2016 presidential election was not required by law to be released to the public, but Raskin and other Democrats point to the precedent of previous independent special counsels releasing their reports to Congress.