The city of Denver effectively legalized psilocybin mushrooms in Tuesday’s municipal elections by passing an ordinance to decriminalize possession of the hallucinogenic drug.

Ordinance 301 passed by 50.56%, according to unofficial results the city posted. The ballot language stops short of legalizing the drug, instead barring prosecutors and police from imposing criminal penalties for personal possession for adults 21 or older.

“Our victory today is a clear signal to the rest of the country that Americans are ready for a conversation around psilocybin,” Kevin Matthews, director of the “Decriminalize Denver” campaign that led efforts to pass the ordinance, told National Public Radio.

The Denver Elections Division will certify the results on May 16. 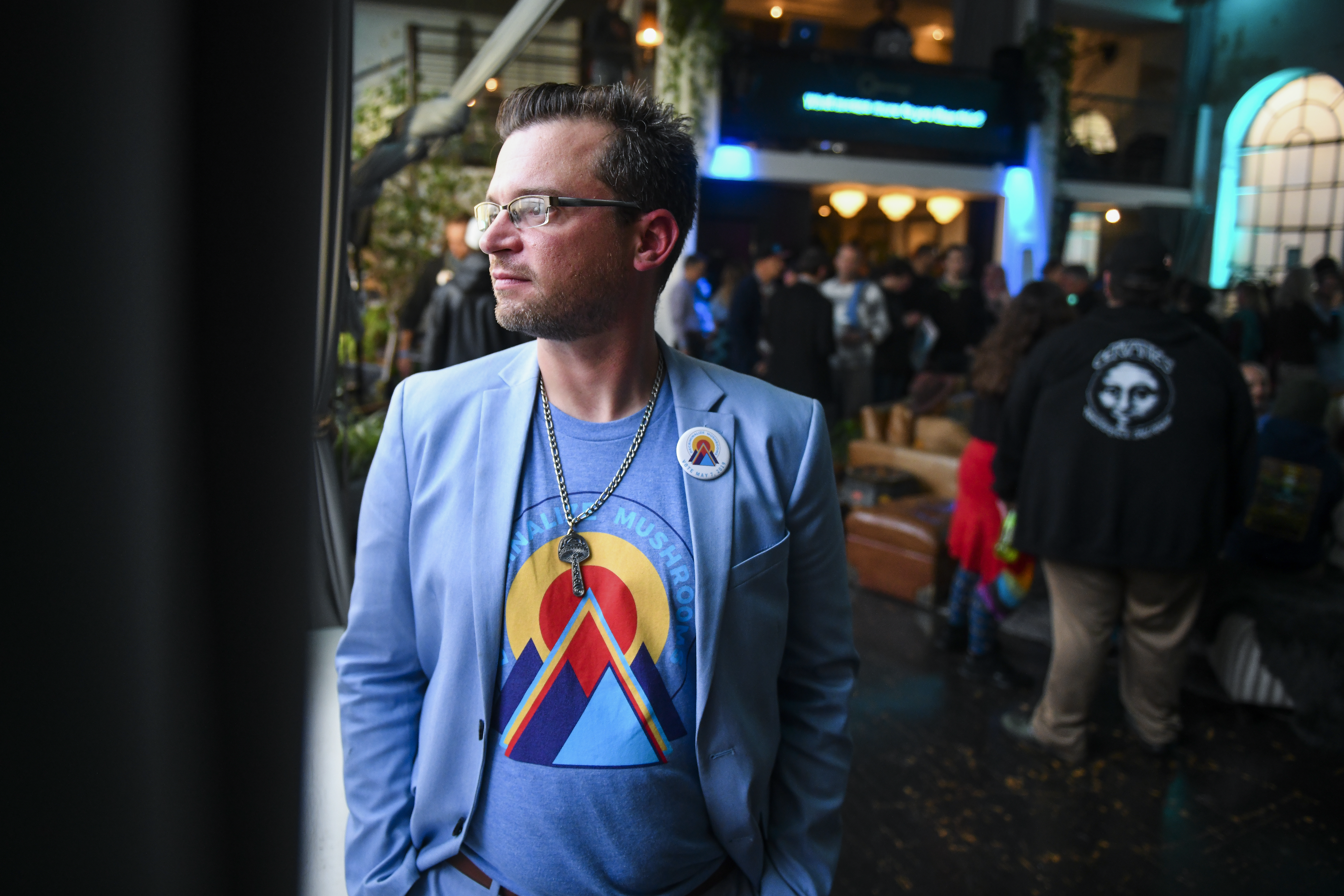 Campaign manager for the Denver Psilocybin Initiative Kevin Matthews poses for a portrait at an election watch party for the first bill in the nation that would decriminalize psilocybin mushrooms on May 7, 2019 in Denver. (Photo by Michael Ciaglo/Getty Images)

The full text of the ordinance also included a series of medical references in support of psilocybin mushrooms, citing “decreased risk of opioid abuse and dependence,” reduced odds of crime committed by users and “reduced psychological distress and suicidality.”

The ordinance also noted psilocybin is the safest of all recreational drugs based on instances of emergency medical treatment, according to the 2017 Global Drug Survey.

Some opponents fear Denver is going too far on the heels of Colorado legalizing pot in 2014, including Jeff Hunt, the vice president of public policy for Colorado Christian University.

“Denver is quickly becoming the illicit drug capital of the world. The truth is we have no idea what the long-term health effects of these drugs are going to do to the people of Colorado,” Hunt told Denver’s Channel 7 in January.

“At a certain point, parents are going to look at the city of Denver and say, ‘I don’t want to take my kids to that city.’ And I don’t think tourists are going to want to come to this state,” he said. (RELATED: Users Line Up As Toronto Opens Its First Pot Shop)