Immigration and Customs Enforcement (ICE), unable to maintain its overcrowded detention centers, released more than 160,000 migrant family unit members into the interior of the U.S. in the past five months, an official said.

“ICE faces resource challenges with regard to the adult population, and it faces additional legal and policy challenges when it comes to enforcing our immigration laws as they relate to family units,” read a prepared statement from ICE’s acting executive associate director Nathalie Asher. “Due to such challenges, since mid-December 2018, ICE has released over 160,000 family unit members into the United States.”

Unable to hold the tens of thousands of illegal immigrants pouring into their facilities every month, immigration officials have no choice but to release family units. The family migrants are mostly released into U.S. towns dotted along the southern border, and are instructed to appear before an immigration court and their local Enforcement and Removal Operations field office at a later date.

“Currently, two of ICE’s greatest challenges are limited detention beds for adults and the inability to detain family units for the length of time necessary for their cases to be decided,” continued Asher, who called for reforms to the U.S. immigration system during her testimony at the Senate subcommittee on Border Security and Immigration.

With 60,000 illegal migrants being crossing the border or coming to ports of entry every month and only 2,500 beds in their detention centers, the agency has been pushed well past its limit.

“We continue to face a humanitarian and security crisis at our southern border. Each month during the first quarter of the fiscal year, approximately 60,000 migrants illegally crossed the border, or presented themselves at a port of entry without proper documentation, and the numbers have continued to rise,” according to the release.

“For the first time in Border Patrol history, nearly half of the adults we apprehended in April brought children,” Border Patrol chief Carla Provost said at the same congressional hearing. “They have received the message loud and clear: Bring a child, you will be released.” 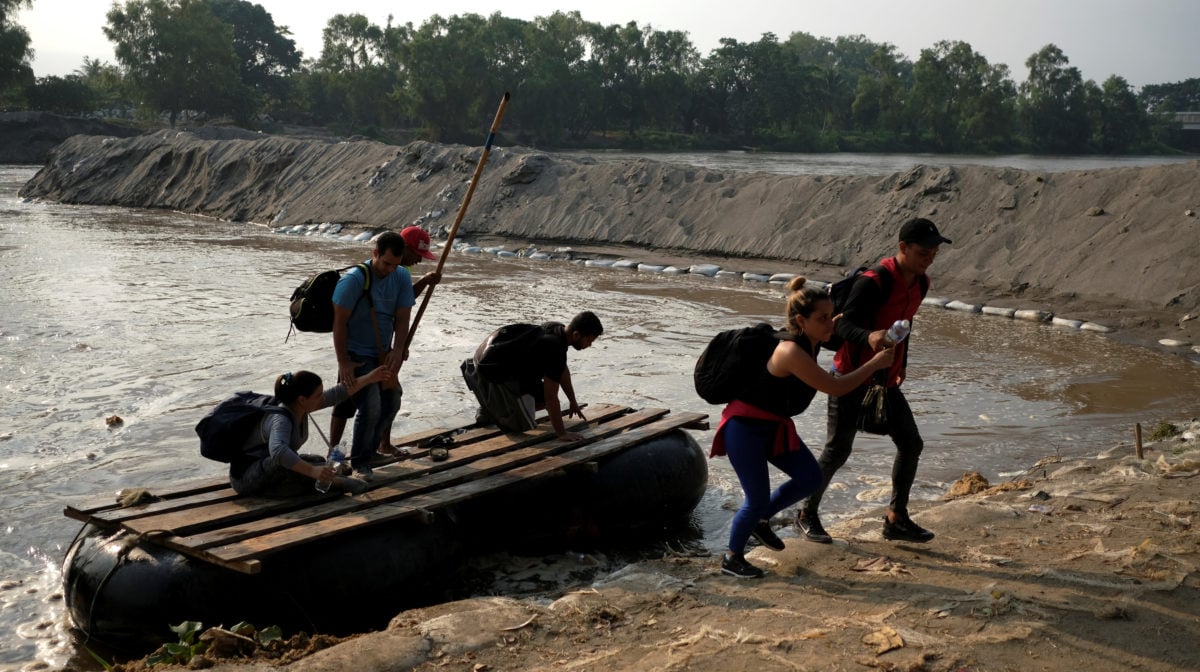 Migrants from Cuba en route to the United States, get off a raft as they crossed the Suchiate River from Tecun Uman, Guatemala to Ciudad Hidalgo, Mexico, April 7, 2019. REUTERS/Jose Cabezas

The situation of “fake families” arriving at the U.S.-Mexico border has been a growing problem. Border Patrol identified more than 3,000 fake family cases in the past six months, and the Department of Homeland Security (DHS) saw a 315% rise in adults and children fraudulently posing as “family units” between October 2017 and February 2018 — however, it’s not clear exactly how many bogus family units make it past immigration enforcement.

DHS officials are sending additional resources to the border to better combat fraud. For the families that are released into the interior of the country, a vast majority of them do not bother showing up to their deportation hearings. (RELATED: Defense Secretary Says 256 Miles Of New Border Wall Coming Soon)

“From the end of September through late- April, EOIR has issued 7,724 orders of removal to aliens on that docket, including to many who failed to appear for their court hearings,” Asher continued. “Specifically, 6,764 of these orders—87.5 percent—were issued in absentia after the aliens failed to appear.”