President Donald Trump will nominate acting Secretary of Defense Patrick Shanahan to officially take over the top spot at the Department of Defense, The White House confirmed Thursday.

“Based upon his outstanding service to the Country and his demonstrated ability, President Trump intends to nominate Patrick M. Shanahan to be the Secretary of Defense,” White House Press Secretary Sarah Sanders said in a tweet.

“Acting Secretary Shanahan has proven over the last several months that he is beyond qualified to lead the Department of Defense, and he will continue to do an excellent job,” Sanders continued. 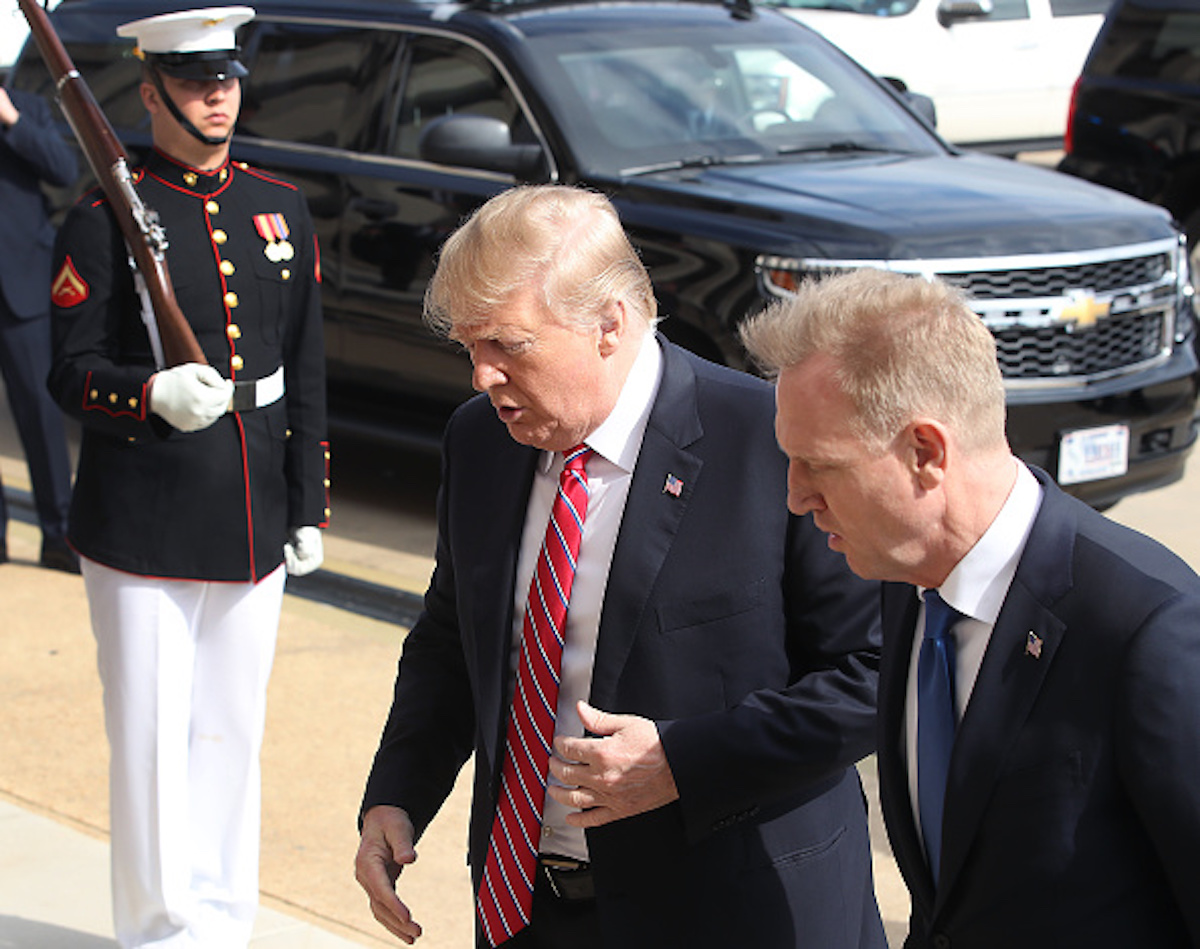 President Donald Trump is welcomed by acting Secretary of Defense Patrick Shanahan during his arrival at the Pentagon on March 15, 2019 in Arlington, Virginia. (Photo by Mark Wilson/Getty Images)

“I am honored by today’s announcement of President Trump’s intent to nominate,” Shanahan said in a statement Thursday. “If confirmed by the Senate, I will continue the aggressive implementation of our National Defense Strategy.”

“I remain committed to modernizing the force so our remarkable Soldiers, Sailors, Airmen, and Marines have everything they need to keep our military lethal and our country safe,” he continued.