Federal authorities released Chelsea Manning from a Virginia jail Thursday after the former U.S. Army intelligence analyst spent 62 days in custody for refusing to testify about leaking documents to WikiLeaks before a grand jury.

Manning’s lawyers indicated the possibility that the former analyst could serve another stint in jail as soon as May 16. Manning was issued another subpoena while in jail to appear before a second grand jury, but has no intention of cooperating, the former analyst’s lawyers said. (Related: Chelsea Manning Wants Out Of Jail, Won’t Talk About WikiLeaks)

“Unfortunately, even prior to her release, Chelsea was served with another subpoena. This means she is expected to appear before a different grand jury, on Thursday, May 16, 2019, just one week from her release today,” Manning’s lawyers said in a statement Thursday.

“It is therefore conceivable that she will once again be held in contempt of court, and be returned to the custody of the Alexandria Detention Center, possibly as soon as next Thursday, May 16,” Manning’s lawyers continued. “Chelsea will continue to refuse to answer questions, and will use every available legal defense to prove to District Judge Trenga that she has just cause for her refusal to give testimony.”

A judge sentenced Manning, formerly known as “Bradley,” to 35 years in prison for leaking more than 700,000 documents to WikiLeaks in 2010, but Manning was freed after seven years when former President Barack Obama commuted the former analyst’s sentence. 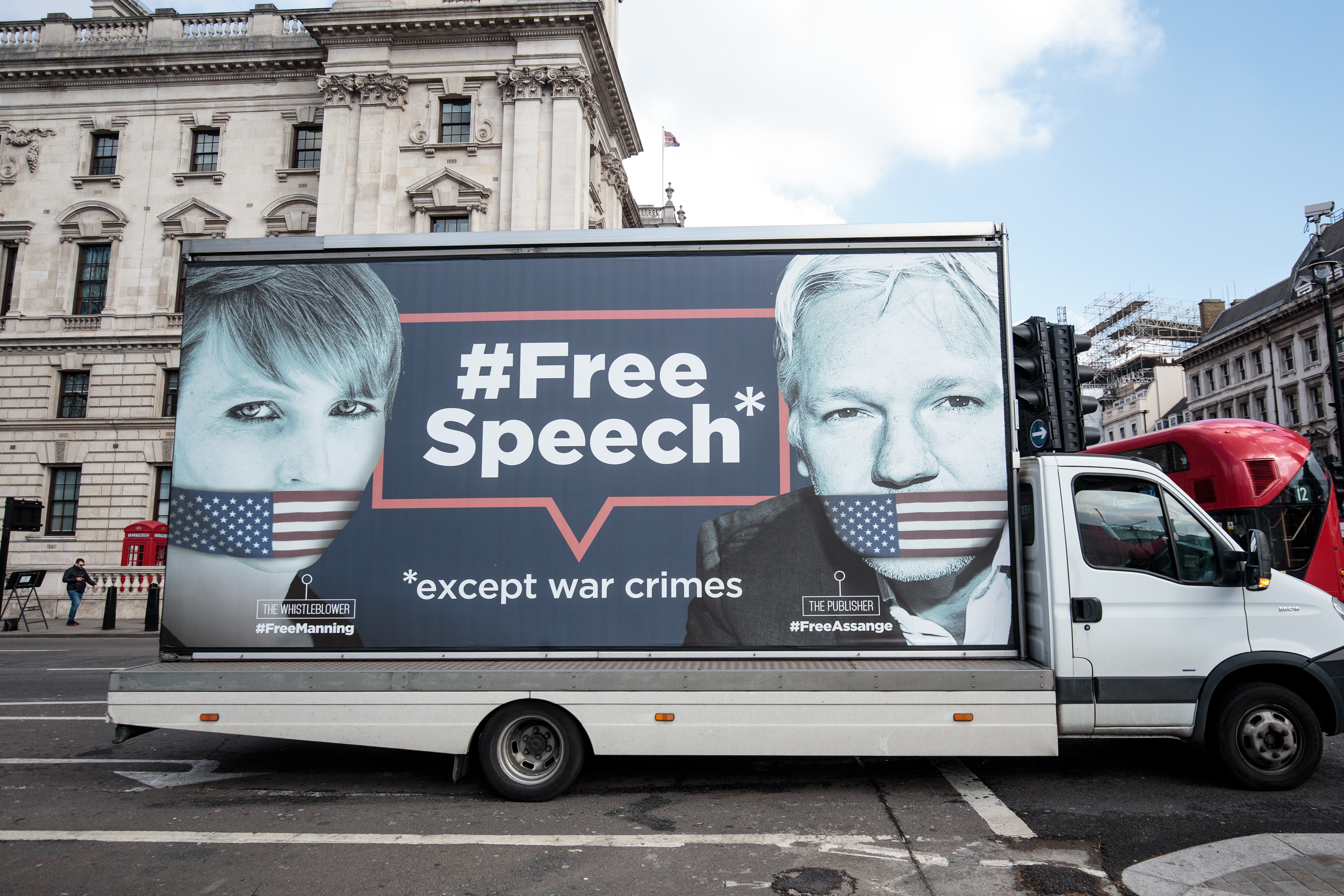 A van with a billboard in support of American whistleblower Chelsea Manning and Wikileaks founder Julian Assange is driven around Westminster on April 3, 2019 in London. (Photo by Jack Taylor/Getty Images)

Manning said in a statement Monday that “nothing will convince me to testify before this or any other grand jury for that matter.”

“I wish to return home. I want to return to my work — writing, speaking, consulting, and teaching,” Manning said. “The idea I hold the keys to my own cell is an absurd one, as I face the prospect of suffering either way due to this unnecessary and punitive subpoena: I can either go to jail or betray my principles. The latter exists as a much worse prison than the government can construct.”