Endangered frogs in California are making it difficult for state officials to decide on regulations that allow fire crews to clean up debris left from a deadly fire in the town of Paradise.

Clean-up crew have been barred, however, from entering approximately 800 sites because of frog species that have halted rebuilding and clearing efforts as state and federal seek an agreement on environmental guidelines, The Sacramento Bee reported Friday.

Cleanup on roughly 11,000 properties in Paradise, Concow and Magalia has been halted due to the lack of clarity in environment guidelines that will both achieve clearing and rebuilding efforts, and protect endangered species. “We are close to finalizing those plans. We are trying to balance the need to get these properties cleared as quickly as possible but also protecting our environment out there,” said Inland Region Administrator for the Governor’s Office of Emergency Services, Eric Lamoureux, according to the Bee.

Lamoureux claimed that cleanup efforts haven’t been slowed or stopped by the finalizing of guidelines.

Roughly 800 properties close to waterways need extra assessment before they can be cleaned, state Fish and Wildlife officials confirmed, the Bee reported.

Other lawmakers and residents claim differently.

Republican state Sen. Jim Nielsen and Republican state Assemblyman James Gallagher called the situation “absurd” and said that “frogs, birds and waterways are causing work to stop in some areas,” according to the Bee. 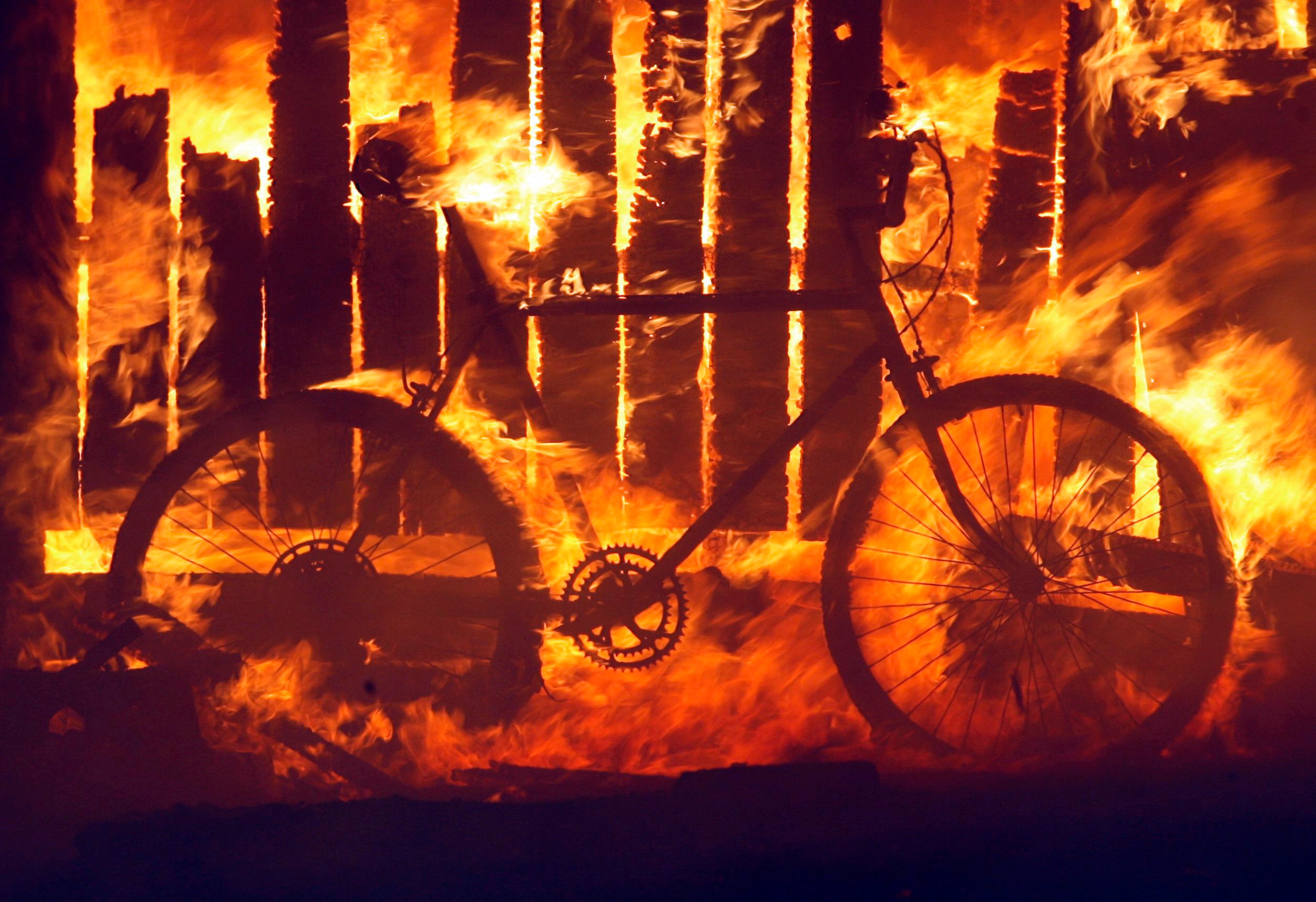 A bicycle burns on an unattended property near Del Dios Highway in the Rancho Santa Fe area of San Diego, California October 23, 2007. Wildfires stoked by fierce winds burned unchecked across Southern California for a third day on Tuesday with 300,000 people in San Diego alone evacuated as flames destroyed or threatened homes from humble forest cabins to luxury villas. REUTERS/Mario Anzuoni

Clear Creek resident Alicia Rock claimed that cleanup on her property was meant to begin on Tuesday but has been indefinitely postponed due to a lack of official guidelines. Rock’s home was destroyed in the fire.

“I have followed the process to a T. Now I am being held up,” she said. “Come on guys, you’ve had six months. You knew this was coming,” Rock said, according to the Bee. 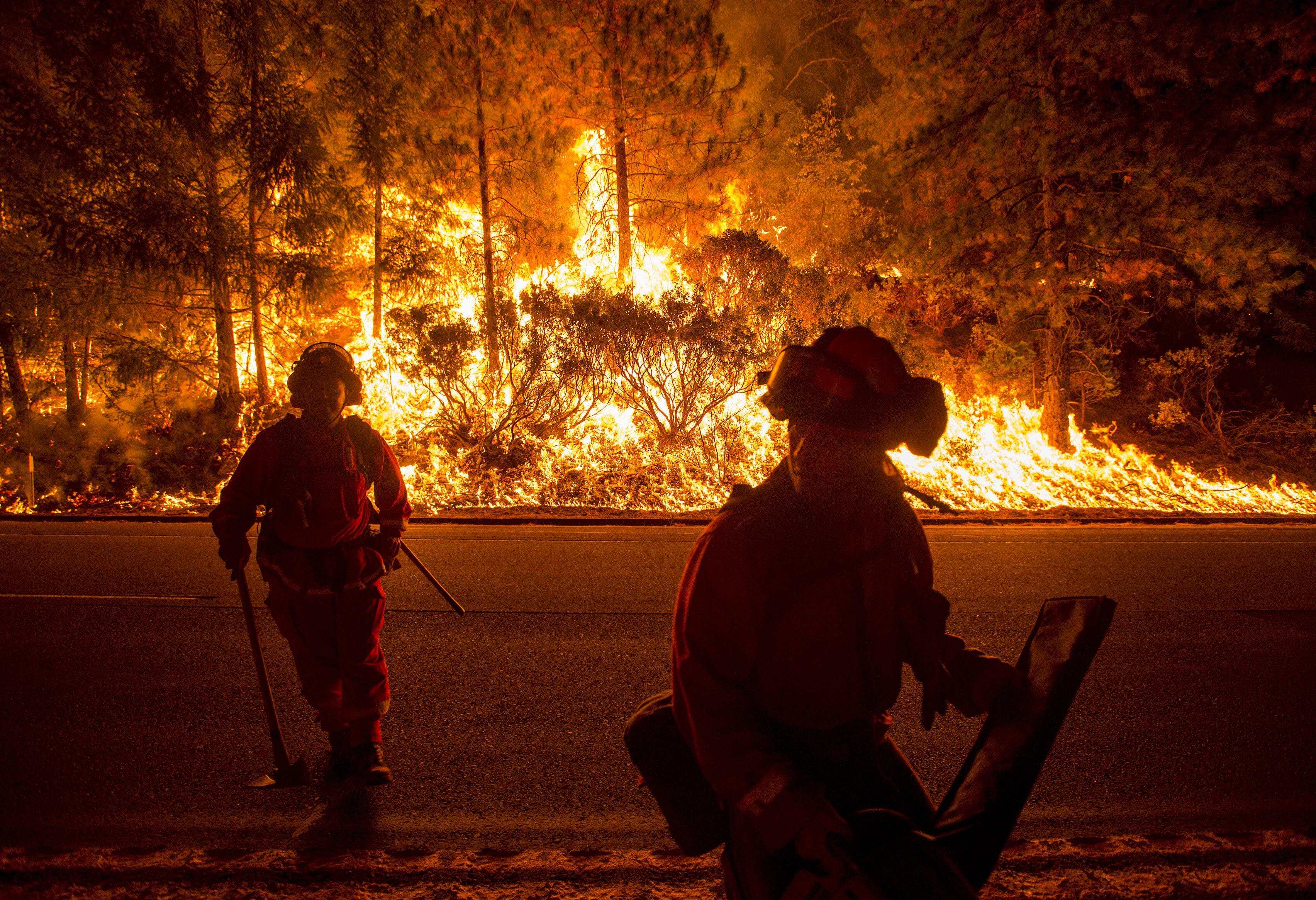 Firefighters battling the King Fire watch as a backfire burns along Highway 50 in Fresh Pond, California September 16, 2014. The fire led officials to call on about 400 people to evacuate from areas threatened by the blaze, Cal Fire spokeswoman Alyssa Smith said. It has charred more than 11,500 acres (4,654 hectares) and was 5 percent contained on Tuesday. REUTERS/Noah Berger

Rock also called the situation “stupid” and said that officials should have prepared for what they knew would happen. (RELATED: Jerry Brown Is ‘Not Correct’ About California Wildfires, Scientist Says)

Rock alleges that she told state officials in early winter that debris from the fire was piling up in streams and creeks and that they should have thought ahead to prepare for the current situation dampening rebuilding efforts.

There are over 140 cleanup teams working on clearing sites in Paradise, with teams averaging roughly 100 sites per day, according to the Bee. Cleanup trucks are pulling debris and top soil from burned homes and depositing the material into plastic vessels which are transported to landfills in Northern California.

The Camp Fire was California’s deadliest and most destructive fire in history, according to CBS News. The fire destroyed over 18,000 buildings and killed 85 people. Authorities were unable to account for roughly 1,200 other people. The fire burned down the town of Paradise, and its 27,000 residents were forced to leave to find new homes or rebuild.

Camp Fire did more than $11 billion in damage, CBS reported. Experts have estimated that rebuilding after the wildfires destroyed large swaths of California will cost the state up to $13 billion.