Amazon founder and CEO Jeff Bezos outlined his vision to “build a road to space” at an event in Washington, D.C., on Thursday, The New York Times reports.

Bezos openly spoke about his plans for his rocket company Blue Origin, a rare event for such a topic. Bezos has given few public statements about the work of his space company since it launched in 2000.

“We are going to build a road to space,” Bezos said, according to Gizmodo. “And then amazing things will happen.” (RELATED: Bezos Alleges National Enquirer Owner Of ‘Extortion And Blackmail’)

Acknowledging that colonizing space would take an extended period of time, Bezos said he wants to build the infrastructure necessary for mass space travel.

He envisions future generations using that infrastructure to build and populate massive colonies on supersized space stations called O’Neill colonies after the late physicist Gerard O’Neill. Each station would stretch for miles and support about a million people.

Moving into space is necessary for humanity’s survival and flourishing, according to Bezos. The Earth has limited energy resources and technology can only stretch those resources so far before they will need to be rationed.

“So, we get to choose. Do we want stasis and rationing or do we want dynamism and growth?” Bezos said, according to Gizmodo. “This is an easy choice. We know what we want, we just have to get busy.” 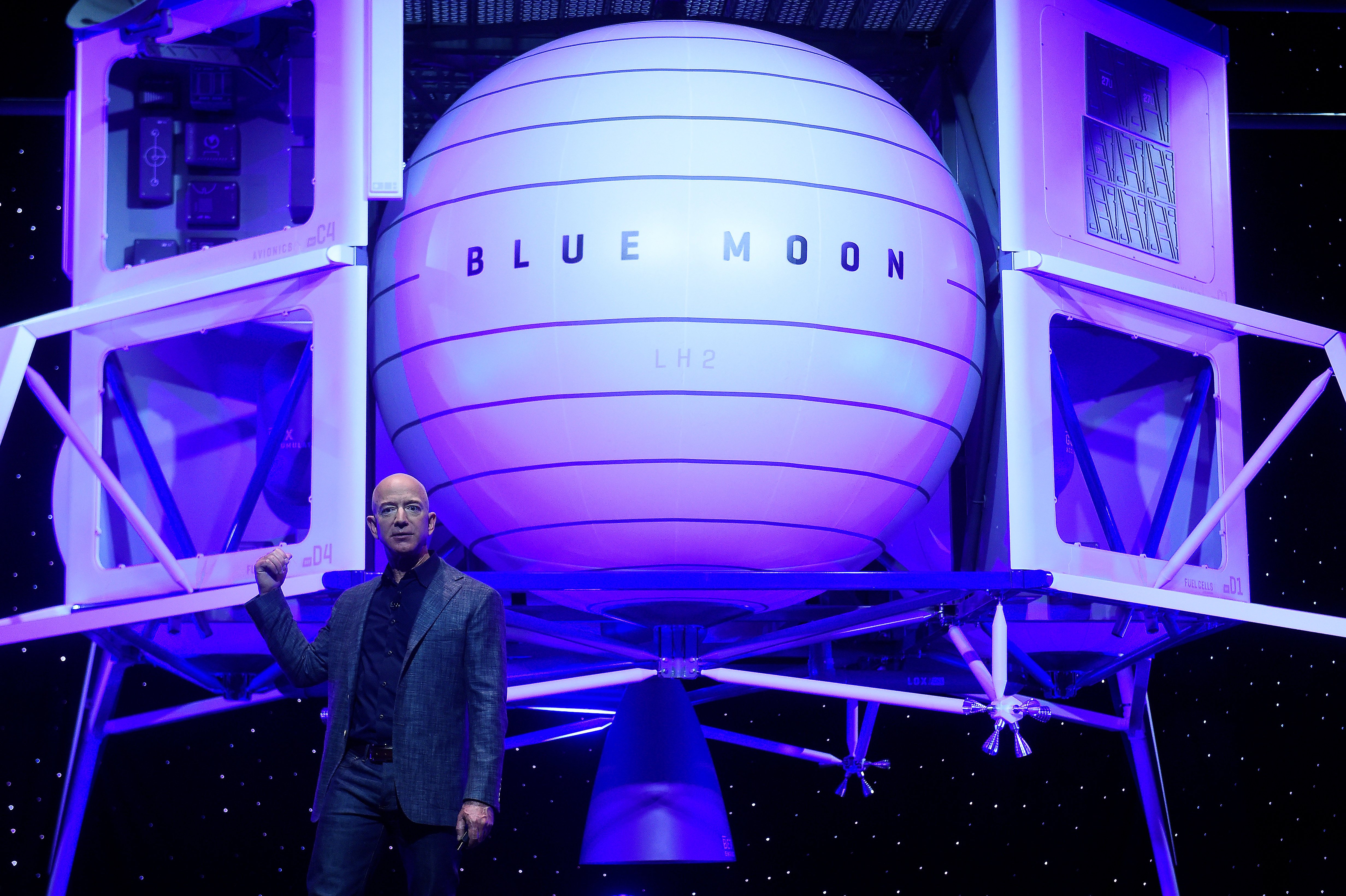 Vice President Mike Pence said in March that one of the Trump administration’s goals was to send astronauts back to the moon by 2024. Blue Origin can help realize that goal by partnering with NASA, the federal space agency, Bezos said.

“We can help meet that timeline,” Mr. Bezos said. “But only because we started three years ago.”