“We chose to go on the climate offense with the #GreenNewDeal,” Ocasio-Cortez tweeted Thursday night. “As a result, climate denial is now a losing position + we got GOP (incl #WheresMitch!) to finally admit that climate change is real + man-made.”

We chose to go on the climate offense with the #GreenNewDeal.

As a result, climate denial is now a losing position + we got GOP (incl #WheresMitch!) to finally admit that climate change is real + man-made.

Whose side is the GOP on? https://t.co/1nI4UQnEVB

While many Democratic presidential candidates and lawmakers endorsed the bill, moderate Democrats were less enthusiastic about the proposal. Democratic leadership largely sidestepped the matter, moving forward with alternative

Ocasio-Cortez claimed that her Green New Deal “offensive” made “climate denial” a “losing position.” However, new polling shows that support for the Green New Deal decreased among voting groups over the last year.

A new Yale and George Mason University poll found that “the Green New Deal had become much more politically polarized” by April 2019. Support among moderate Democrats fell from 90 to 88 percent from April 2018 to April 2019, the poll found. 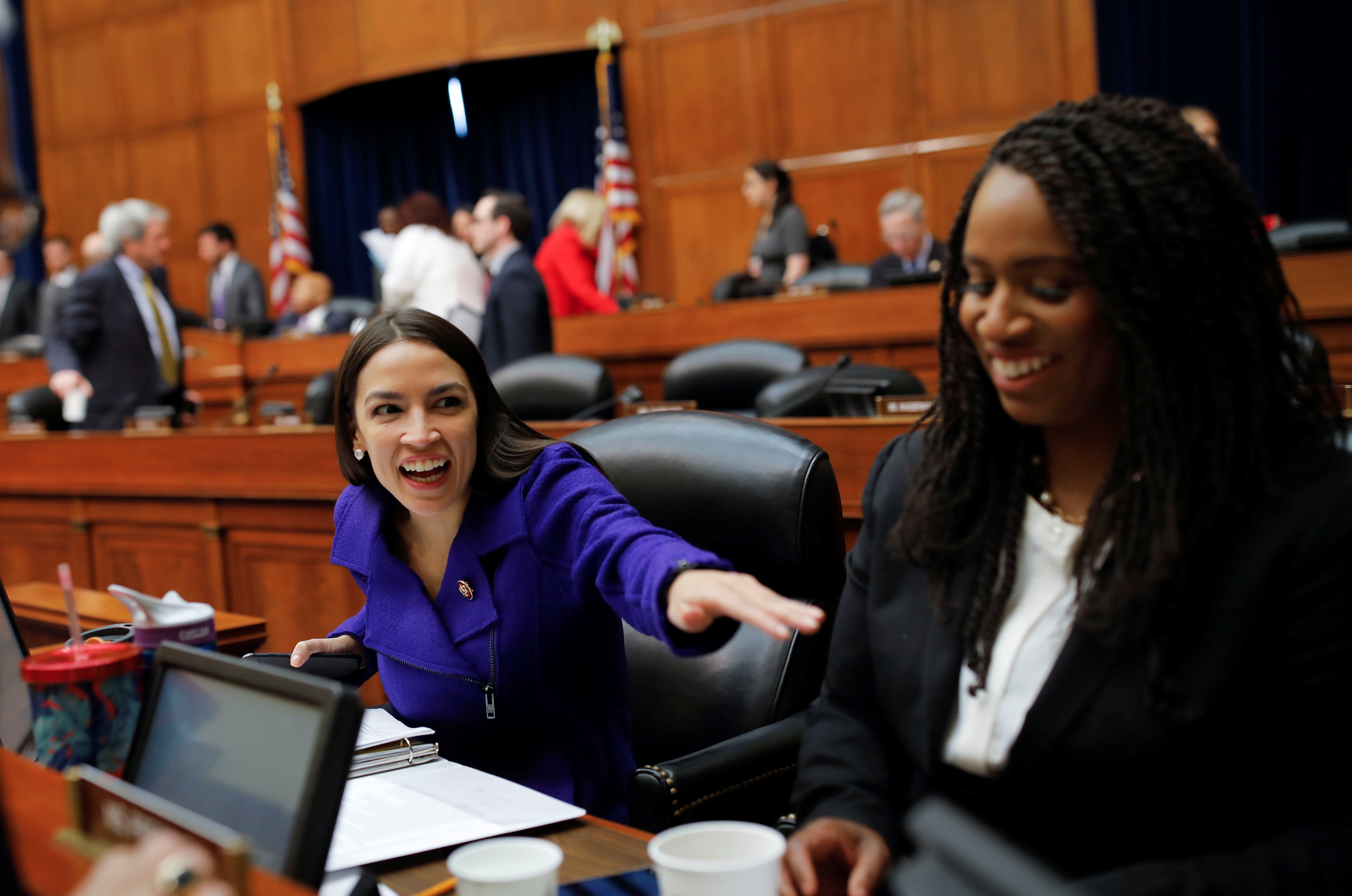 The more Republicans heard about the Green New Deal, the less likely they were to support the plan, pollsters wrote in their summary of results released Wednesday. (RELATED: UN Chief Antonio Guterres, Citing Climate Worries, Says He Only Eats At Steak Houses Once Every 3 Months)

Ocasio-Cortez, however, still plans on campaigning to make the Green New Deal a top priority in the 2020 elections and is slated to attend a Washington, D.C., rally with an environmental group created to rally young voters around climate change.

“Now it’s time to go after predatory lending,” the freshman Democrat tweeted. “Whose side is the GOP on?”