Giuliani will travel to Ukraine’s capital to meet with Ukraine’s President-elect Volodymyr Zelensky, who will take control of the country’s government on June 3. Giuliani plans to discuss two separate investigations: one into allegations that Ukraine’s government tried to interfere with the 2016 U.S. election and another into a deal between Democratic presidential candidate Biden’s son and a Ukrainian gas company.

“We’re not meddling in an election, we’re meddling in an investigation, which we have a right to do,” Giuliani told The NYT Thursday. “There’s nothing illegal about it.”

“Somebody could say it’s improper. And this isn’t foreign policy — I’m asking them to do an investigation that they’re doing already and that other people are telling them to stop,” Giuliani said. “I’m going to give them reasons why they shouldn’t stop it because that information will be very, very helpful to my client, and may turn out to be helpful to my government.”

Giuliani is acting with the support of the president, the former New York City mayor said. Giuliani did not offer specifics on his communication with the president, but he told The NYT, “He basically knows what I’m doing, sure, as his lawyer.”

Manafort, Trump’s former campaign manager, is serving about seven and a half years in prison on charges related to political consulting work he did in Ukraine prior to joining Trump’s campaign for the 2016 election. Ukrainian officials are now investigating how Manafort’s dealings came to light.

Ukraine’s government attempted to interfere in the 2016 election by targeting the Trump campaign, Manafort in particular, and trying to establish connections between the former campaign head and Russian agents. (RELATED: Manafort Meeting With Alleged Russian Operative Is At ‘The Heart’ Of Mueller Probe, Prosecutors Say)

Giuliani hopes that a deeper investigation into Ukraine’s attempts to throw the U.S. election in favor of failed presidential candidate Hillary Clinton will, at some level, redeem Manafort as well as undercut more of the Russian collusion conspiracy theory. 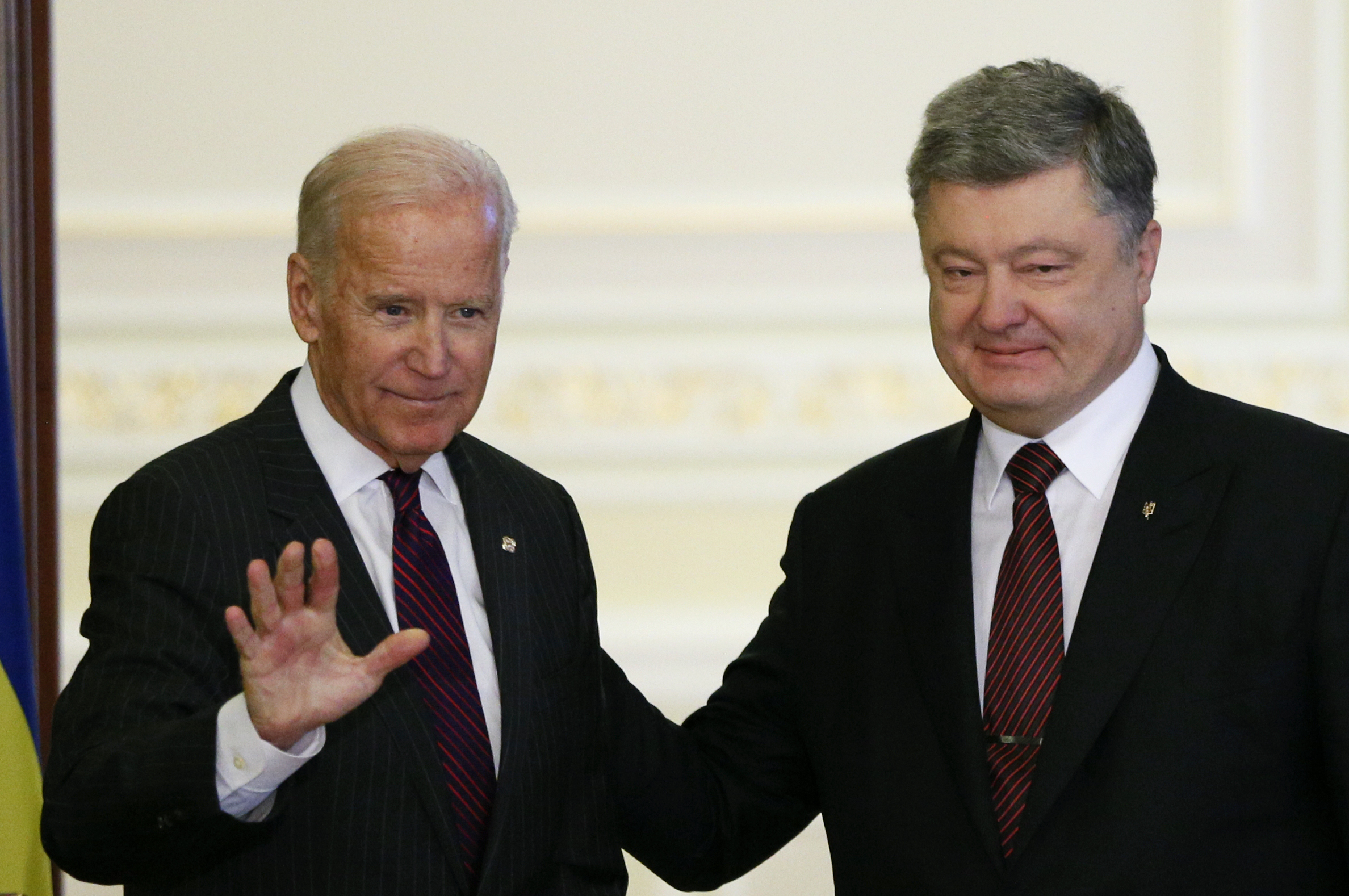 Ukraine has reopened an investigation into the Ukrainian gas company Burisma for corruption. Ukraine’s former chief prosecutor Viktor Shokin launched the investigation in 2014, the same year Hunter Biden, the former vice president’s son, was appointed to the company’s board.

Then-Vice President Joe Biden traveled to Ukraine two years later and threatened that the U.S. would withhold $1 billion in loan guarantees unless Ukraine fired Shokin, who was accused of corruption. Ukraine’s government ousted Shokin and dropped the investigation. Hunter Biden resigned from Burisma’s board in April 2019.

Ukraine reopened the investigation into Burisma in 2019. With the renewed investigations, questions over whether Joe Biden’s actions constitute a conflict of interest have resurfaced.

Giuliani wants Ukraine to press forward with the investigation after the new president takes control. Joe Biden is currently one of the leading Democratic contenders to win his party’s nomination and challenge Trump in 2020.

1
Obama Townhall Viewership Blows Trump Interview Out Of The Water
Politics
2
'This Is Not Genocide': Tucker Carlson Breaks Down Every Police Shooting Of Unarmed Black Suspects In 2019
Media
3
Ashton Kutcher Gets Emotional As He Explains Why 'All Lives Matter' Is 'Missing The Point'
Entertainment
4
Mass. AG: 'America Is Burning. But That's How Forests Grow'
Politics
5
Here's A List Of Media And Politicians Who Downplayed Violence And Looting
Politics