Prominent left-wing feminists are divided on whether to lead a “sex strike” in protest of new abortion restrictions.

Actress Alyssa Milano on Friday night said women should cease having sex in response to new legislation in several states banning abortions after the sixth week of pregnancy, when an ultrasound can detect the unborn baby’s heartbeat.

“Our reproductive rights are being erased. Until women have legal control over our own bodies we just cannot risk pregnancy,” Milano wrote in a viral tweet. “JOIN ME by not having sex until we get bodily autonomy back. I’m calling for a #SexStrike. Pass it on.” 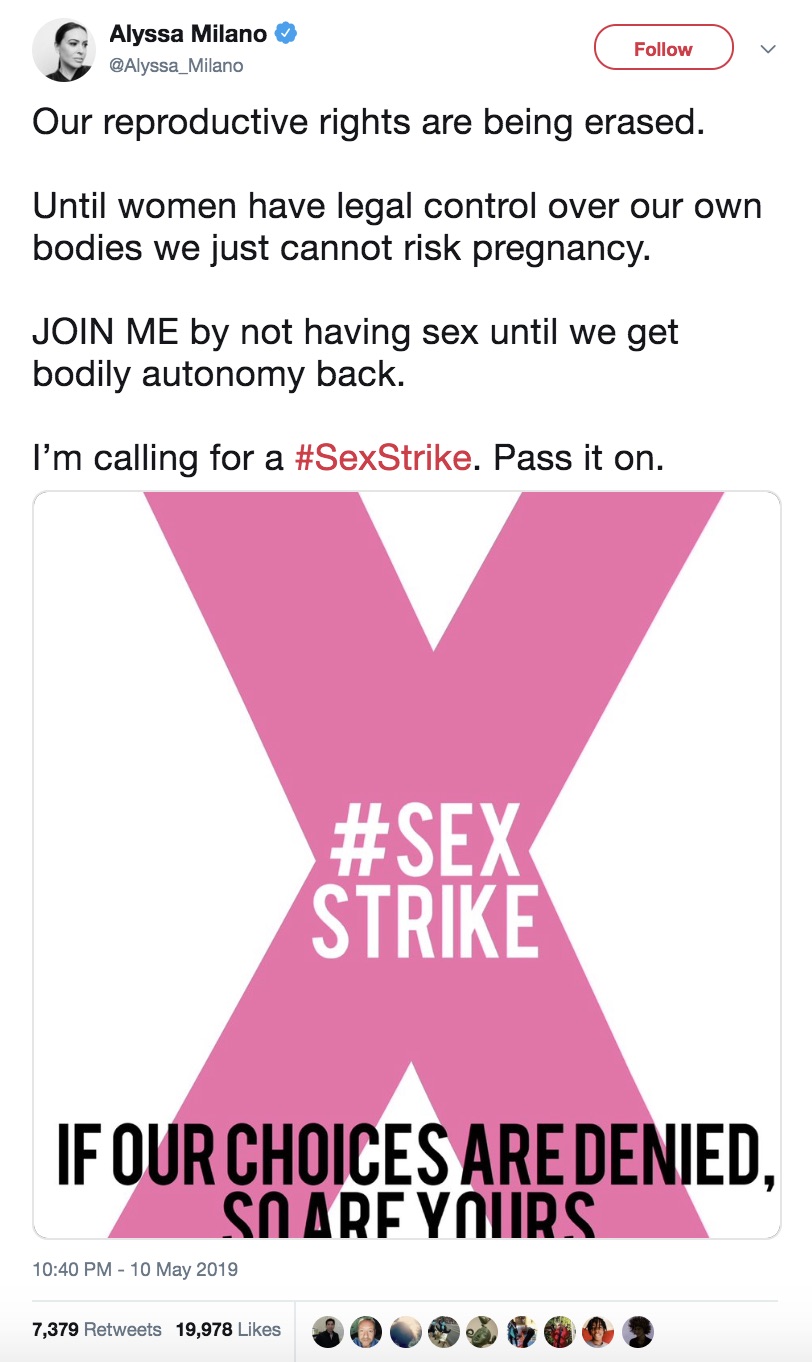 Milano’s tweet came after former Florida Democratic congressional candidate Pam Keith called on women to “STOP having sex [with] conservative men” in her own viral tweet on Friday.

But other left-wing women disagreed.

Does Alyssa Milano have a team around her that could help her tweet less of the wrong things? #SexStrike https://t.co/qv8iUX11Hl

Why a #SexStrike (Lysistrata!) is a bad idea:
1. Positions all oppressors as men (when 52% of white women voted for trump)
2. Supposes all ppl are heterosexual + part of the gender binary.
3. Perpetuates rape culture idea that men are sexual beasts & women are sexual gatekeepers. https://t.co/vhkwYlXVXu

“The idea of a #SexStrike – where sex is something men seek and women withhold – is the same regressive model of sexuality that Republican men use to legislate! No thanks,” wrote feminist writer Jessica Valenti.

Valenti claimed that “a big part of the reason GOP men want to ban abortion is because they hate the idea of women having non-married, non-procreative sex!” She suggested women have more sex, rather than no sex, to protest abortion. 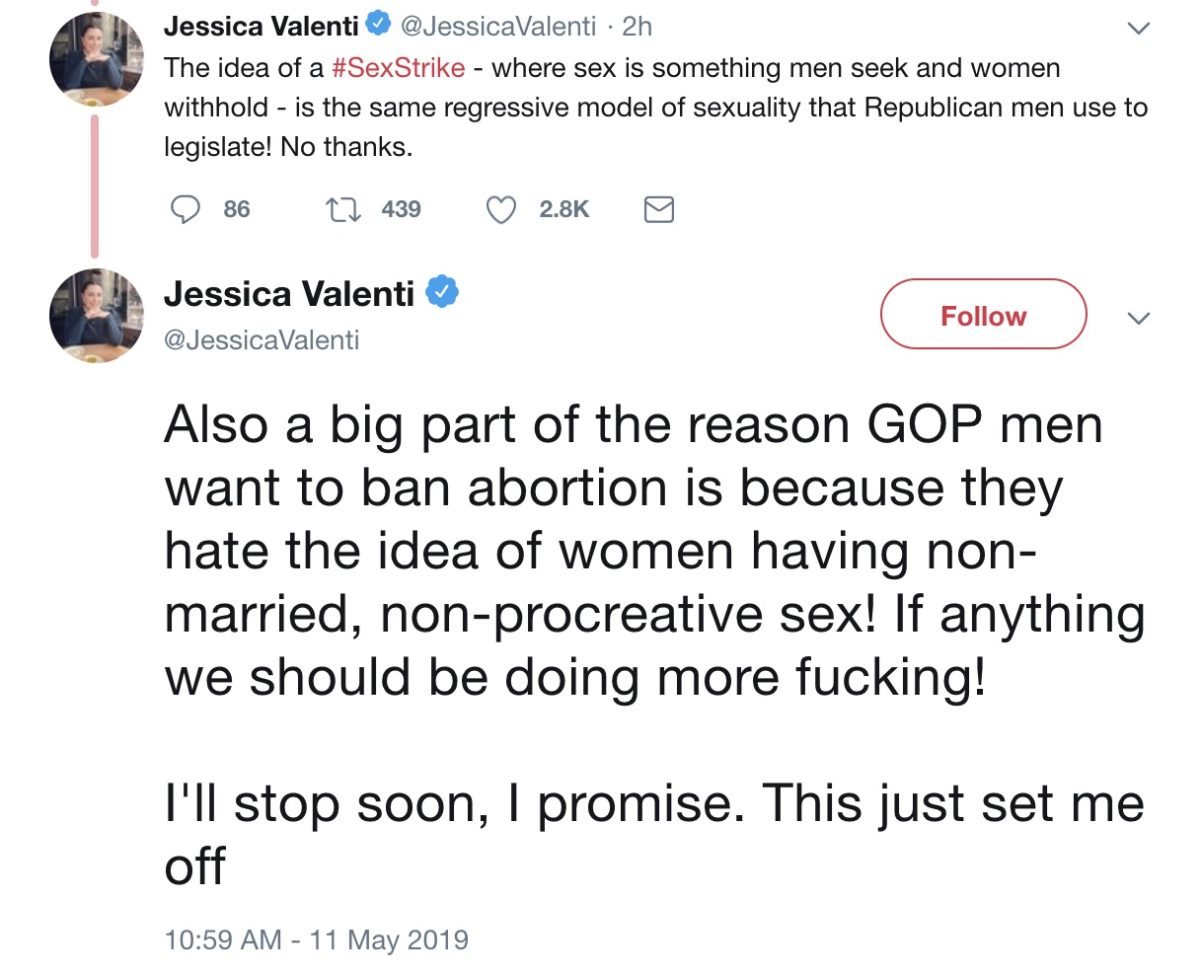 “Alyssa Milano is back being ridiculous again I see,” commented feminist writer Imani Gandy. “What is a sex strike going to do besides reinforce patriarchal notions that women have sex only to please men?”

“Someone needs to sit homegirl down and tell her she’s not helping. Her calls to boycott Georgia are equally asinine,” added Gandy.