The State Department has largely avoided scrutiny from GOP-led investigations of the Steele dossier, but that changed this week with the release of notes that a State Department official took during an October 2016 meeting with dossier author Christopher Steele.

In letters this week to Sec. of State Mike Pompeo, GOP  Sens. Chuck Grassley of Iowa, Ron Johnson of Wisconsin and Lindsey Graham of South Carolina pressed Pompeo for details about the Oct. 11, 2016 meeting, which was held at Foggy Bottom between Steele and Kathleen Kavalec, the deputy assistant secretary of state for European and Eurasian affairs.

Steele, a former British spy, was investigating President Donald Trump and his campaign on behalf of the Clinton campaign and DNC.

Kavalec’s notes from the meeting, which were released this week, show that Steele told her about contacts he had with the media, including The New York Times and Washington Post. They also showed that Steele said that his client for his anti-Trump research campaign (which he did not identify at the time) was “keen” to see information on Trump released prior to the Nov. 8, 2016 election.

Steele also made dubious or inaccurate claims to Kavalec, including that Russia had planted a mole within the DNC and that the Russian government had a consulate in Miami. (RELATED: Steele Claimed Congressional Contacts ‘Confirmed’ Dubious Claim About Carter Page)

The trio of Republicans say that the notes contradict some of the claims that the FBI made in applications for surveillance warrants against Carter Page, the former Trump campaign adviser. The FBI relied heavily on Steele’s unverified dossier to obtain the spy warrants. 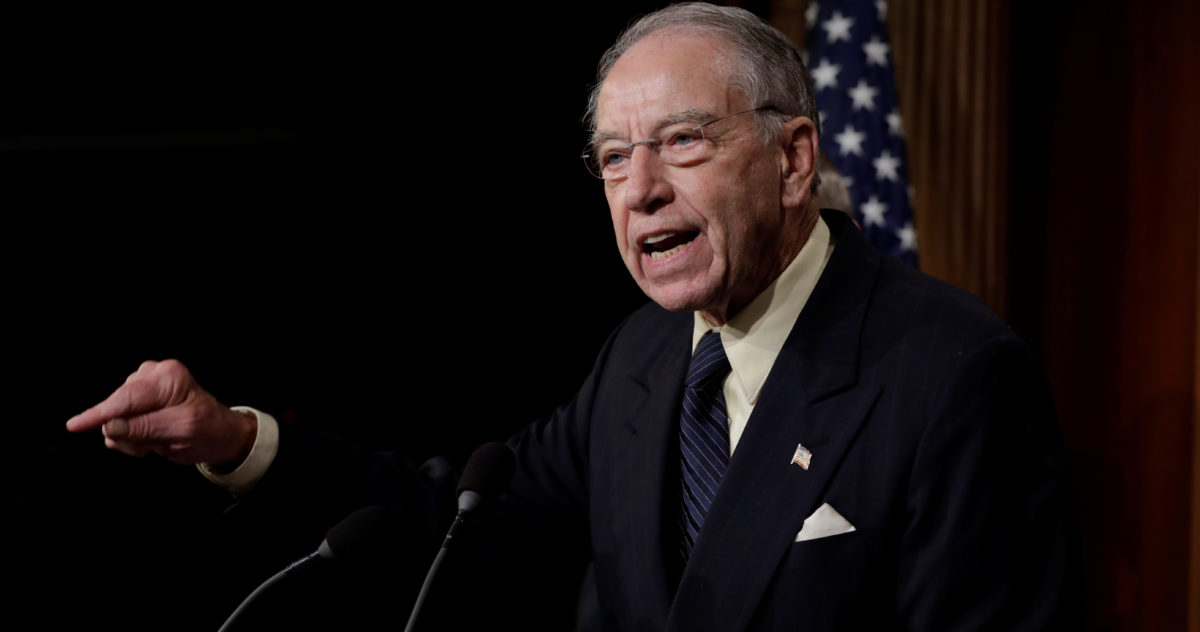 In a letter sent to Pompeo on Thursday, Grassley and Johnson, who chair the Senate Banking and Senate Homeland Security Committees, respectively, asserted that any contacts that Steele had with the media would contradict what the FBI claimed the Carter Page warrants.

“If true, that would contradict the Carter Page FISA application where the FBI repeatedly represented to the court that Steele did not have unauthorized contacts with the press prior to October 2016,” they wrote.

“Based on the publicly-released version of the typed notes of the meeting, it appears Steele’s intent of the meeting with the State Department was to maximize the impact of the unverified information that he had acquired in an effort to undermine the Trump campaign,” they added.

Kavalec’s notes were obtained by Citizens United through a Freedom of Information Act lawsuit. The Hill first published the documents.

“Further, if that information was included in the material submitted to the FBI, then the FBI may have been aware of Steele’s political motivations before submitting any FISA application,” Grassley and Johnson added.

They are asking Pompeo to disclose when the State Department informed the FBI about Steele’s dossier or the meeting with Kavalec. The bureau obtained its first surveillance warrant against Page on Oct. 21, 2016, ten days after the Kavalec-Steele meeting.

In a letter sent Friday to Pompeo, Graham, the chairman of the Senate Judiciary Committee, sought communications between Steele and State Department employees, as well as between State employees and the Justice Department regarding Steele.

He is also asking Pompeo to make Kavalec available for a transcribed interview.

Victoria Nuland, who served as Kavalec’s boss at the bureau of European and Eurasian affairs, was the government official who approved an FBI agent in Rome meeting Steele in early July 2016.

Jonathan Winer, who then served as special envoy to Libya, also met with Steele in Summer 2016. The pair had known each other since 2009, and Steele shared more than 100 of his private intelligence reports with Winer over the years. Winer, who shared those reports with others at the State Department, appears to have set up the meeting with Kavalec. He is mentioned throughout Kavalec’s notes.

Winer was also a source for at least two news articles written by reporters who received information from Steele. Michael Isikoff and David Corn revealed in a book they co-authored that Winer was a background source for stories they wrote before the 2016 election. The Daily Caller News Foundation has published emails showing that Fusion GPS founder Glenn Simpson, who hired Steele, was in contact with Winer the day before Isikoff’s article was published on Sept. 23, 2016.