The Department of the Interior (DOI) accused House Democrats of “political showmanship and threatening tactics” after lawmakers threatened to cut department salaries, according to a letter obtained by The Daily Caller News Foundation.

On May 7, Democrat Reps. Elijah Cummings of Maryland and Raul Grijalva of Arizona, the top Democrats on the House Committee on Oversight and Reform and the Committee on Natural Resources, respectively, threatened to withhold the pay of Interior employees that interfered with or refused Congressional requests to testify.

Cole Rojewski, director of the Office of Congressional and Legislative Affairs at DOI, responded to Cummings and Grijalva’s threats in a letter dated May 10 and obtained by TheDCNF. Rojewski pointed out that the Interior employees in question may appear before the committee only if they want.

“The Department rejects allegations by [the House Oversight Committee] that we have refused to make these officials available for transcribed interviews,” Rojewski wrote. “These employees have been instructed by counsel that they are free to submit to such interviews if they so choose.” 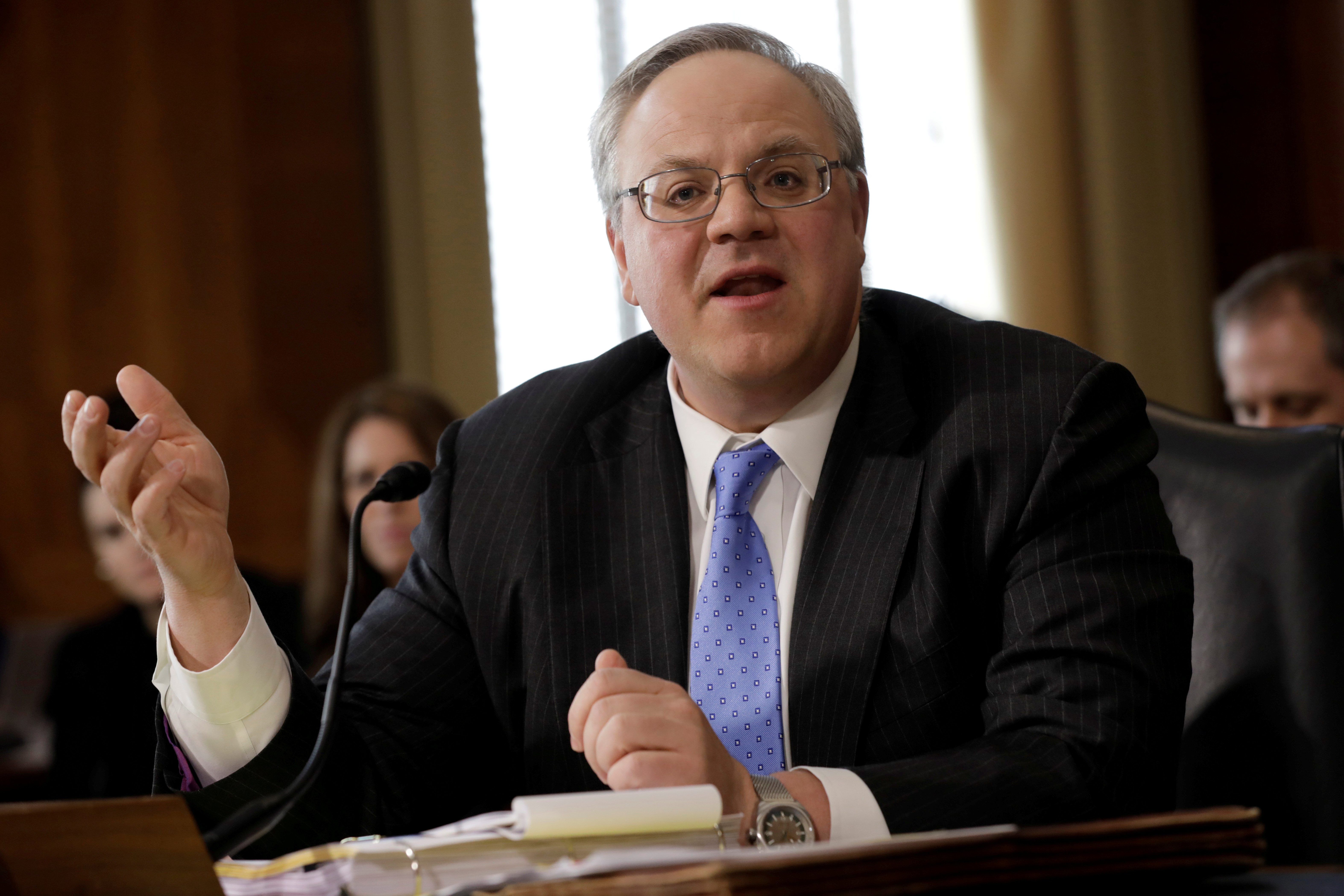 Former energy lobbyist David Bernhardt testifies before a Senate Energy and Natural Resources Committee hearing on his nomination of to be Interior secretary, on Capitol Hill in Washington, U.S., March 28, 2019. REUTERS/Yuri Gripas

“Please be advised that any official at the Department who ‘prohibits or prevents’ or ‘attempts or threatens to prohibit or prevent’ any officer or employee of the Federal Government from speaking with the Committee could have his or her salary withheld pursuant to section 713 of the Financial Services and General Government Appropriations Act,” Cummings wrote in his May 7 letter.

“As we have previously indicated, we do not believe that these employees are the appropriate persons to address the questions you have raised,” Rojewski continued. “Rather than work with the Department to identify the appropriate persons, you have bullied and threatened in an attempt to force these employees to submit to your interview process without regard to whether doing so would advance a legitimate legislative or investigative purpose.”

Congressional Democrats on the Oversight and Natural Resources committees have sent 17 individual requests for documents in the past three and a half months. So far, those requests have yielded more than 66,000 pages of documents from the DOI, according to Rojewski’s letter.

Oversight “has acted with remarkable disregard for the fact-finding process” by threatening the salaries of career Interior employees before reviewing the tens of thousands of documents already provided to the committee, Rojewski wrote.

“We will not engage in the committee’s political showmanship and threatening tactics, but rather we stand ready to continue working to provide the information you have requested,” Rojewski concluded.