Vescovo, a private equity investor who climbed the world’s highest peaks before taking on the world’s deepest ocean depths, funded the diving expedition into the Mariana Trench himself, according to the BBC. The Mariana Trench is located in the western Pacific Ocean and is the deepest natural trench in the world.

Humans have reached the ocean’s extreme depths for the 3d time, nearly 11km (seven miles) down the Pacific Ocean’s Mariana Trench. There were sea creatures, but a plastic bag and sweet wrappers were also foundpic.twitter.com/QOqd3fVQMB

U.S. Navy officer Don Walsh and Swiss engineer Jacques Piccard were the first to dive into the Mariana Trench in 1960. Film director James Cameron also made a second dive into the trench 2012. Vescovo’s recent dive broke the record for the deepest decent into the world’s oceans, reaching a depth of 35,849 feet and beating the previous record by 36 feet. (RELATED: Trump Signs Legislation To Clean Up Millions Of Tons Of Garbage From The World’s Oceans)

“It is almost indescribable how excited all of us are about achieving what we just did,” Vescovo told the BBC.

“This submarine and its mother ship, along with its extraordinarily talented expedition team, took marine technology to a ridiculously higher new level by diving – rapidly and repeatedly – into the deepest, harshest, area of the ocean,” he continued.

Vescovo’s team made a total of five dives into the trench over the course of the expedition, during which the team reportedly may have discovered four never-before-seen species of amphipods. The team also discovered brightly colored rocks on the sea floor, potentially formed by microbes, the BBC reports.

The team also reportedly found a plastic bag and several candy wrappers. Scientist now plan to test the creatures they found for the presence of micro-plastics in their anatomies.

What’s it like at the bottom of #MarianaTrench, 35,853 ft below the waves? This habitat is home to an array of unique creatures incl Arrowtooth Eel, Grenadiers, Cusk Eel, Snailfish, and more… The @FiveDeeps team also found plastic waste on the ocean floor.???????? #DeepPlanet pic.twitter.com/SKqZvYCec0 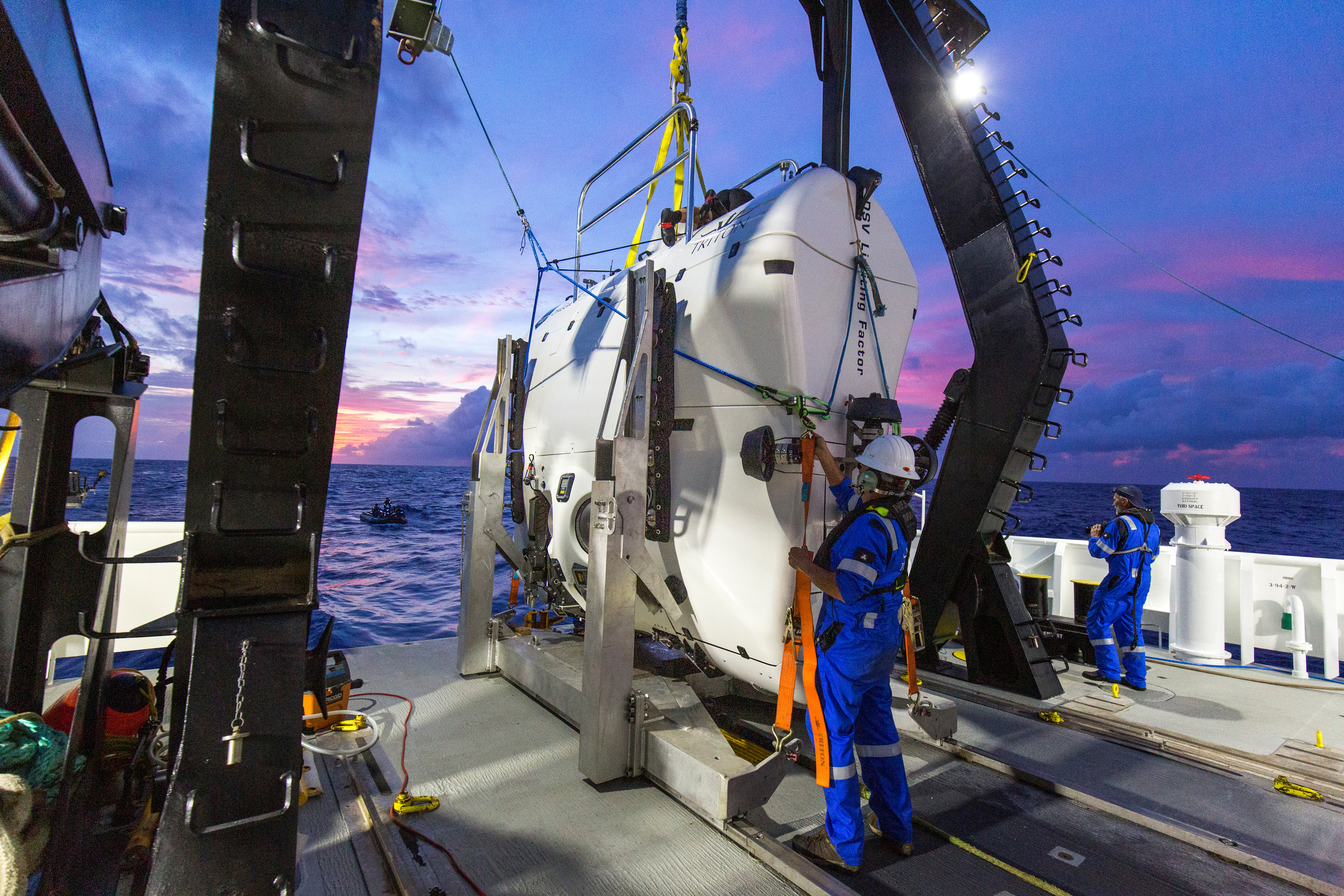 A technician checks the submarine DSV Limiting Factor aboard the research vessel DSSV Pressure Drop above the Pacific Ocean’s Mariana Trench in an undated photo released by the Discovery Channel May 13, 2019. Atlantic Productions for Discovery Channel/Tamara Stubbs/Handout via REUTERS.

The Five Deeps Expedition uses a submarine named the DSV Limiting Factor, which is capable of withstanding 1,000 bars of pressure and is built with titanium walls.

The expedition has explored the deepest points of four of the five oceans so far, leaving only the Arctic Ocean’s Molloy Deep, exploration of which is scheduled for August 2019.