The sole graduate of a state-endorsed nonprofit program that promised tech jobs to an Appalachian town is now delivering takeout, and dozens of former students have filed a lawsuit that claims the company is a fraud.

The nonprofit Mined Minds recruited people in Beckley, West Virginia, for its coding program, guaranteeing an apprenticeship with the company and a job in tech if they completed a free 16-week class, The New York Times reports.

A year later, the program hasn’t delivered, and many of the program’s participants like they’ve been cheated.

“They’re coming here promising stuff that they don’t deliver,” the husband of one of the participants told The NYT. “People do it all the time. They’ve always done it to Appalachians.” (RELATED: Over Half Of US Coal Mines Have Closed Since 2008) 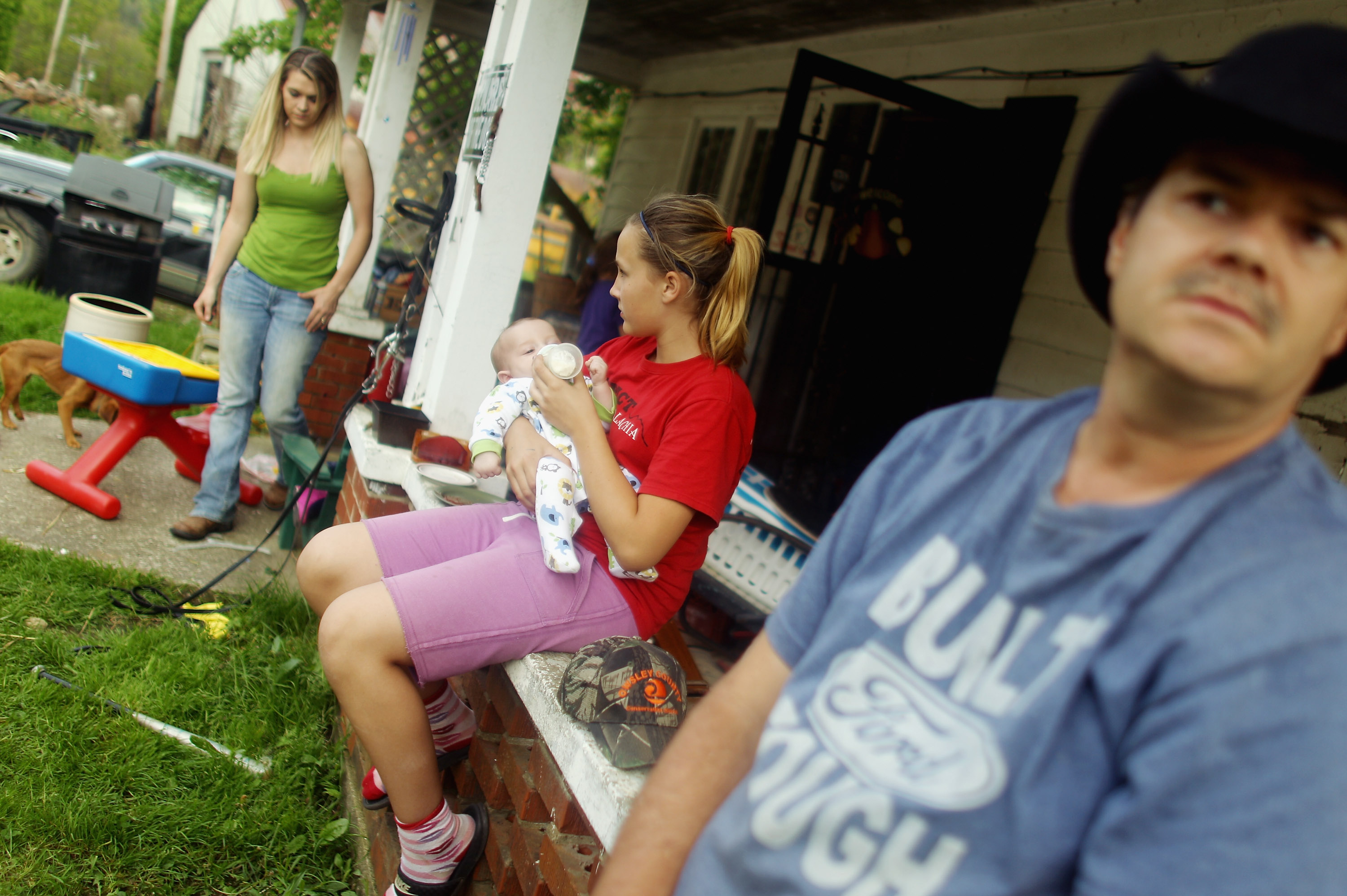 Family members … in Booneville, Kentucky … The 2010 U.S. Census listed Owsley County as having the lowest median household income in the country outside of Puerto Rico, with 41.5% of residents living below the poverty line. (Photo by Mario Tama/Getty Images)

Democratic West Virginia Sen. Joe Manchin invited the nonprofit to the state, and local officials provided free space for it to operate. Participants were told they would be taught how to code but told The NYT that classes were largely self-taught, and their instructor would often reply to questions by telling them to “Google it.”

The culminating class project turned out to be designing a website for a bed and breakfast for the mother of one of the non-profit’s founders in Pennsylvania.

The company attributed its lack of success in the region to the opioid crisis and “poverty culture.” Amanda Laucher, one of the founders, told The NYT in an email, “Progress is difficult with the current atmosphere in Appalachia which is deeply interested in maintaining a ‘culture.'”

Some of those who did get jobs in tech were quickly fired or let go. Only one student officially graduated and is now delivering takeout. The lawsuit filed by dozens of former members claims the group is a fraud. Pennsylvania has ordered the nonprofit not to operate in its state.

The nonprofit is part of a larger trend of efforts aimed at helping workers in disaffected coal mining communities like Beckley to find work in tech by “learning to code.”

Democratic presidential candidate Joe Biden recently praised these kinds of programs in a campaign rally, saying he worked with a local business in Detroit to find dozens of “women of color” in the “hood” who were then taught to code.