Sanctuary city policies have repeatedly prevented the deportation of illegal immigrants from countries the State Department has designated as state sponsors of terrorism, a new study found.

“For a 27-month period ending on December 31, 2017, law enforcement agencies and jails refused to honor 44 immigration holds on citizens from countries the United States has designated as state sponsors of terrorism,” concluded an Immigration Reform Law Institute (IRLI) study released on May 9.

Out of the 44 illegals from state-sponsored countries who were protected from deportation, Immigration and Customs Enforcement (ICE) deemed 39 of them as level 1 and 2 threats. Some of the offenses committed by these illegals included homicide, fraud, kidnapping, burglary, sexual assault and aggravated assault.

A state sponsor of terror is any country that the secretary of state concludes is continually providing financial or other forms support to acts of terrorism. North Korea, Sudan, Iran and Syria are the four countries that currently meet that criteria.

“Sanctuary laws are no longer a theoretical faculty lounge debate, they are causing very real threats to our safety as individuals and as a nation,” Dale L. Wilcox, executive director of IRLI, said in a statement. “Already there are innocent victims who have lost their lives as a result of sanctuary laws that defy common sense.”

Of the states that have refused detainer requests for these illegals, California stands in the front of the pack. The Golden State refused to turn over 27 illegal aliens from state-sponsored countries during the time period of the study. Washington state came in second with eight. Iowa and Minnesota tied for third, with both states each protecting two illegals. Nebraska, Texas, Massachusetts, Illinois and Arizona all were found to have refused one detainer each. 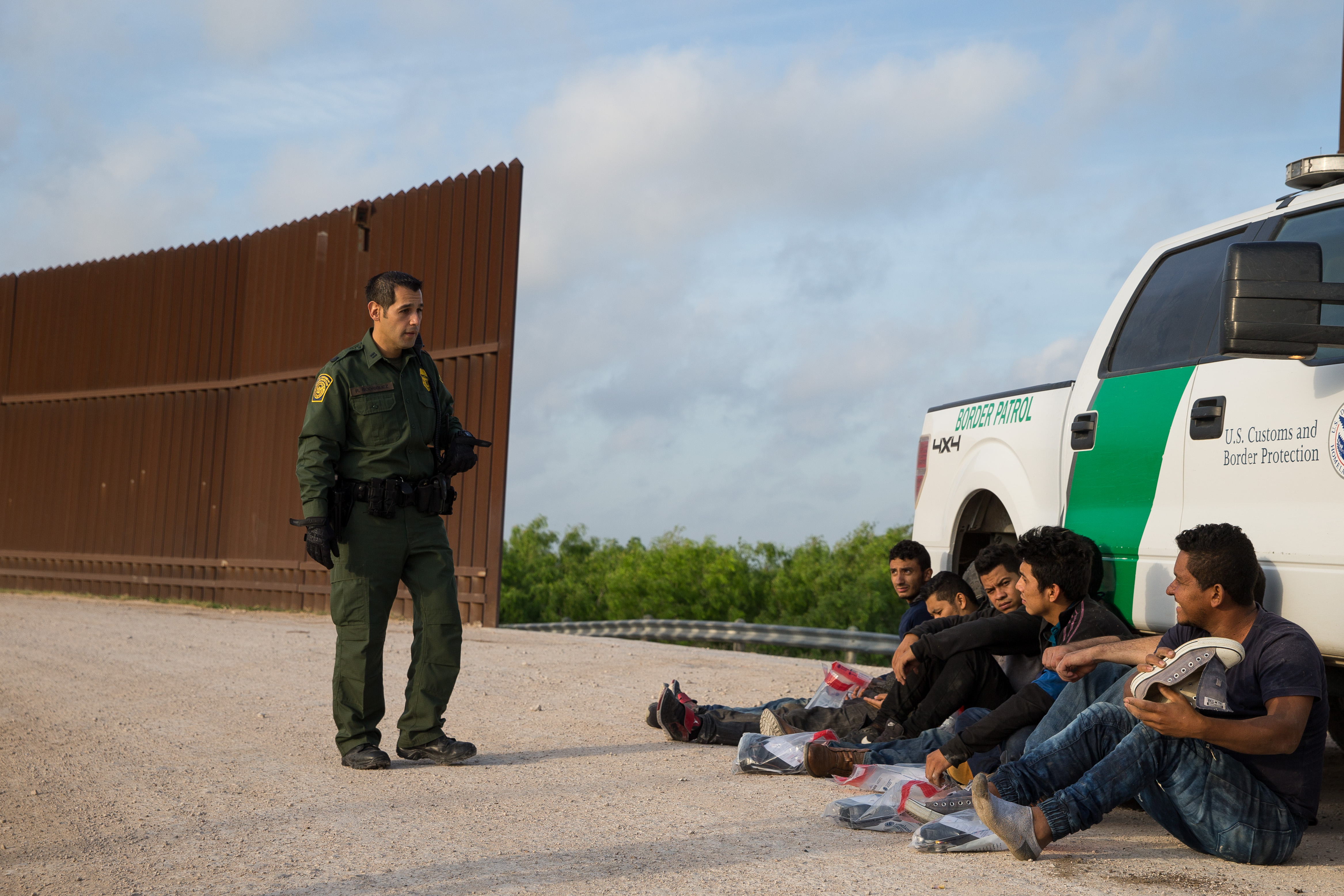 A Border Patrol agent apprehends illegal immigrants shortly after they crossed the border from Mexico into the United States on Monday, March 26, 2018. (Photo: LOREN ELLIOTT/AFP/Getty Images)

“If one of these aliens shielded from the law commits an act of mass terrorism, the politicians and activists who push for sanctuary laws will have a lot to answer for,” Wilcox continued in his statement.

The study, which Breitbart first flagged, follows an escalating debate over ICE and its role to catch and deport illegal migrants. A growing number of liberal-leaning states and jurisdictions, mostly in response to President Donald Trump’s immigration agenda, have enacted policies that handicap ICE’s operations. (RELATED: Former ICE Director: Congress Hates Trump More Than They Want To Fix The Border)

Numerous conservative state legislatures have responded in kind by banning such practices by withholding funds to cities that try to enact sanctuary policies. The Trump administration has also sought to ban sanctuary city laws with the power of the purse. A recent White House proposal even considered bussing illegal migrants to “sanctuary cities” and dumping them there as a form of retribution.