Thousands of Central American migrants have been sent back to Mexico after lodging an asylum claim, a result of President Donald Trump’s “Remain in Mexico” directive.

More than 5,000 asylum seekers from Central America’s Northern Triangle region — El Salvador, Honduras, and Guatemala — have been sent back to Mexico as they wait for their claims to go through the U.S. immigration court system, according to a Mexican government official who spoke to CBS. The number, if accurate, would indicate a sharp rise of the 3,700 asylum seekers the Department of Homeland Security (DHS) claimed were booted earlier in May.

DHS did not immediately respond to a request for comment from The Daily Caller News Foundation.

“It has many implications,” the Mexican official stated to CBS, speaking about “Remain in Mexico,” which is also known referred to as the “Migrant Protection Protocols” program. “However, with the new immigration policy, all the tools we have to apply to safeguard the physical and moral integrity of foreigners must be applied, regardless of condition or nationality.”

The program, which began in late 2018, prohibits non-Mexican immigrants from immediately entering the U.S. interior after claiming asylum at the southern border. Instead, the directive requires them to wait in Mexico as their cases are processed through the immigration court system. Then-Homeland Security Secretary Kirstjen Nielsen announced in April that DHS would be expanding the program.

The directive is meant to combat asylum fraud.

When they reach the U.S. border, thousands of Central American migrants specifically seek out Border Patrol agents and request asylum. Because immigration courts and detention centers are overwhelmed by the migrant crisis, thousands of these immigrants are released into the interior of the U.S. and told to show up to court at a later date — and many of them never do. 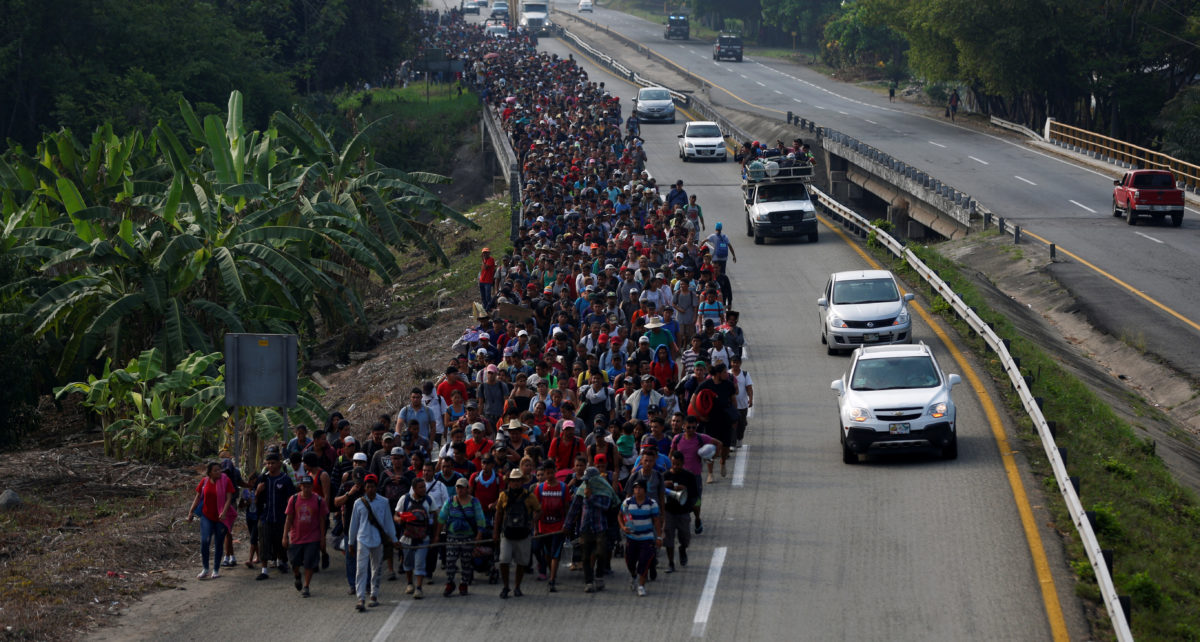 “You have people coming up — you know, they’re all met by the lawyers, the lawyers. And they come out, they’re all met by the lawyers and they say, ‘say the following phrase: I am very afraid for my life. I am afraid for my life,'” Trump stated during an April rally about the U.S. asylum process. “It’s a big fat con job, folks,” Trump said. (RELATED: Nearly 100 Indicted, 50 In Custody After ICE Uncovers Large-Scale Marriage Fraud Scheme)

News of Remain in Mexico’s effects come after it scored a major victory in court.

The Ninth Circuit Court of Appeals ruled earlier in May that Trump has the authority to send asylum seekers to Mexico as they wait for the government to adjudicate their claims, overruling an earlier decision by a San Francisco judge and delivering the president a big win for his immigration agenda.