NBA star Steph Curry’s wife, Ayesha Curry, opened up about what led her to get what she called the “most botched boob job” ever in 2015 after having her second child.

“I didn’t realize at the time, but after having Ryan, I was battling a bit of postpartum that lingered for a while. It came in the form of me being depressed about my body,” the 30-year-old actress/celebrity cook told Working Mothers on Monday. (RELATED: Warriors Star Steph Curry Suffers Humiliating Fall During Dunk Attempt) 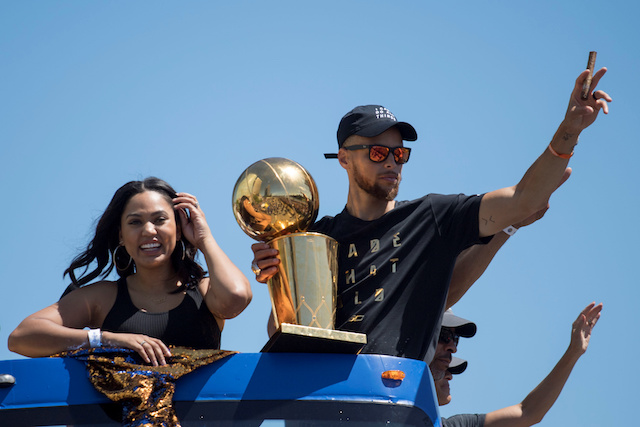 “So I made a rash decision,” she added. “The intention was just to have them lifted, but I came out with these bigger boobs I didn’t want.” (RELATED: Steph Curry Turns 31 Years Old)

Curry continued, “I got the most botched boob job on the face of the planet. They’re worse now than they were before. I would never do anything like that again, but I’m an advocate of if something makes you happy, who cares about the judgment?”

Ayesha, who welcomed her and Curry‘s third child, Cannon, last year, explained that she gets her confidence by being a working mom.

“It makes me feel like I can take on anything,” the celebrity cook shared. “The little things that used to seem like problems aren’t problems at all anymore. Things roll off my back more easily.”

“I watched my mom be a working mother my whole life,” she added. “I’ve never known anything else other than strong women in powerful positions.”

She and the NBA superstar tied the knot July 30, 2011 and have three kids, two daughters and a son.