Sanders, who’s running for president as a Democrat in 2020, seems to be trying to avoid making the same gaffe his 2016 primary opponent, former Secretary of State Hillary Clinton, made, which hurt her in coal country. (RELATED: WashEx Reporter Claims He Was Denied Press Pass For ‘Green New Deal’ Rally)

“The workers in the fossil fuel industry aren’t our enemies,” Sanders said at a Green New Deal rally at Howard University. “They are working to feed their families. And that is why we will provide a just transition in the Green New Deal.”

.@SenSanders: “The workers in the fossil fuel industry aren’t our enemies. They are working to feed their families. And that is why we will provide a just transition in the #GreenNewDeal.” #Road2GND pic.twitter.com/8rYFV0WlzS

Sanders supports the Green New Deal, which calls for a so-called “just transition” for fossil fuel industry workers to green jobs. At the rally, however, Sanders did attack fossil fuel companies, claiming they lied to the public about global warming.

It’s time to end all subsidies for oil and gas companies.

These companies lied to the American people about the very existence of climate change. They committed one of the greatest frauds in our history.

When we are in White House we’ll rapidly transition to renewable energy. 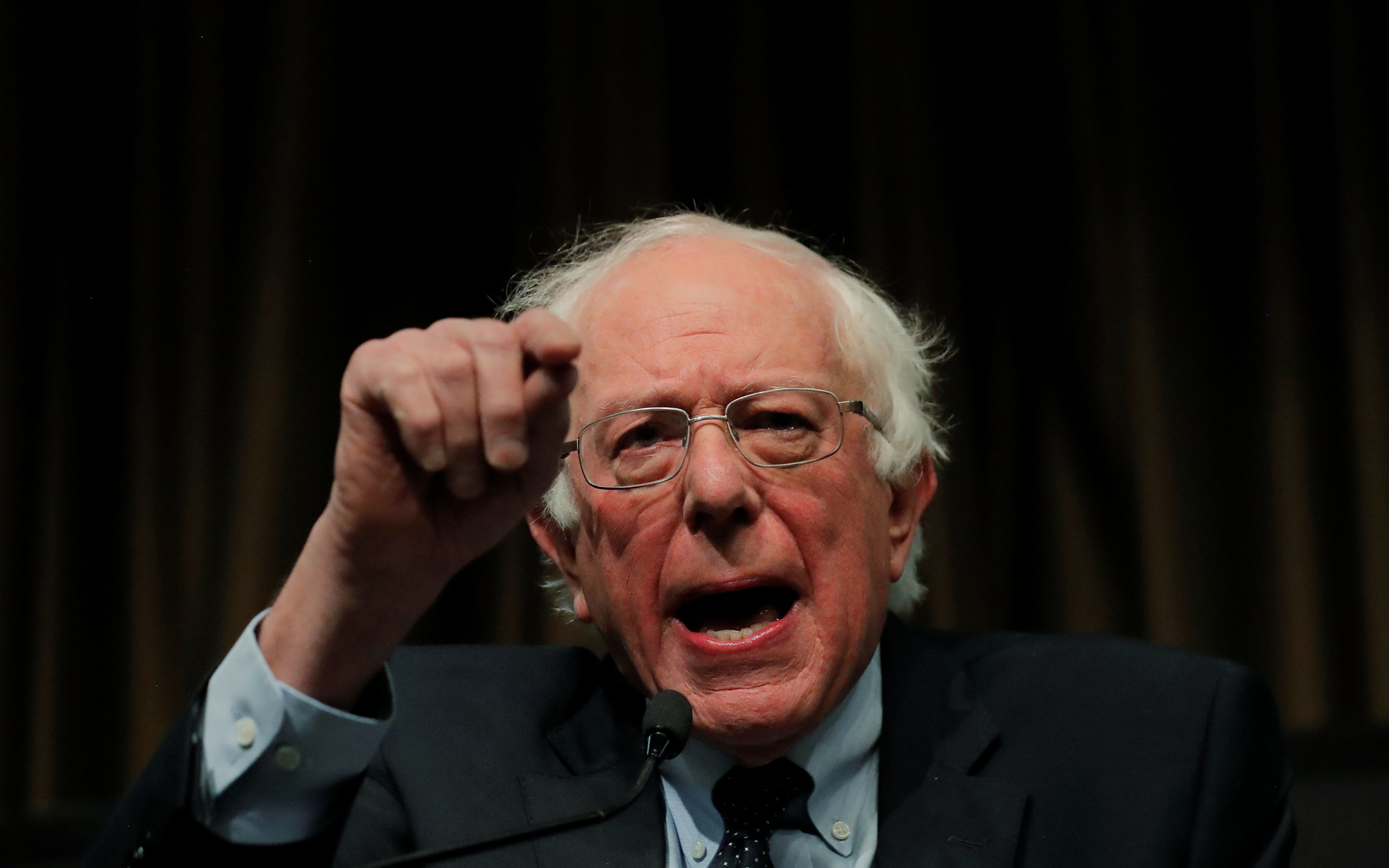 Clinton was roundly criticized during the 2016 presidential election for saying, “we’re going to put a lot of coal miners and coal companies out of business.” Clinton gaffed while talking about how she would bring prosperity to coal country with renewable energy after shutting down coal mines and plants.

Clinton later wrote the gaffe was her biggest regret on the campaign trail.

“It wasn’t the first time that happened during the 2016 election, and it wouldn’t be the last. But it is the one I regret the most,” Clinton wrote in her book “What Happened.”

“Appearing to dismiss the men and women of Coal Country – or any Americans working hard against the odds to build better lives for themselves and their families – wasn’t something I could just shrug off,” she wrote. “This really bothered me, and I wanted badly to do something about it.”

Trump, on the other hand, promised to reinvigorate coal country by repealing Obama administration policies blamed for forcing plants and mines to shut down. Thousands of coal miners lost their jobs during the Obama years.

Trump won nearly 63 percent of the vote in Kentucky and just shy of 69 percent of votes in West Virginia in 2016. Republicans rode Trump’s coat-tails to take control of the state’s legislature for the first time since 1921.