Fast food chain Chick-fil-A is considering adding a meatless option to its menus to entice vegetarians and vegans to eat at its restaurants, according to reports.

The famous chicken chain is in the “early stages of understanding” a new meatless addition to its menus, according to confirmation from a company representative, CNBC reported Monday. Other fast food chains like Taco Bell, Burger King and McDonald’s have added vegan and meatless options to their menus to broaden their consumer base.

Chick-fil-A, notorious for its “eat mor chikin” slogan, may now follow in the footsteps of other fast food chains to include meat substitutes as the meatless food market continues to grow. The restaurant currently does not offer a vegan option. (RELATED: San Antonio Bans Chick-Fil-A From Airport Over ‘Anti-LGBTQ Behavior’)

Chipotle offers meatless options and other chains like White Castle restaurants include meatless options on their menus, according to CNBC. McDonald’s stores outside the U.S. offer veggie burgers, but the company hasn’t yet to instate that change in U.S. stores.

“I certainly know our teams are paying close attention and discussing this amongst each other and with some of the options that are out there,” McDonald’s CEO Steve Easterbrook told analysts in a call, CNBC reported. “So maybe more to come but nothing much to say about it at the moment.” 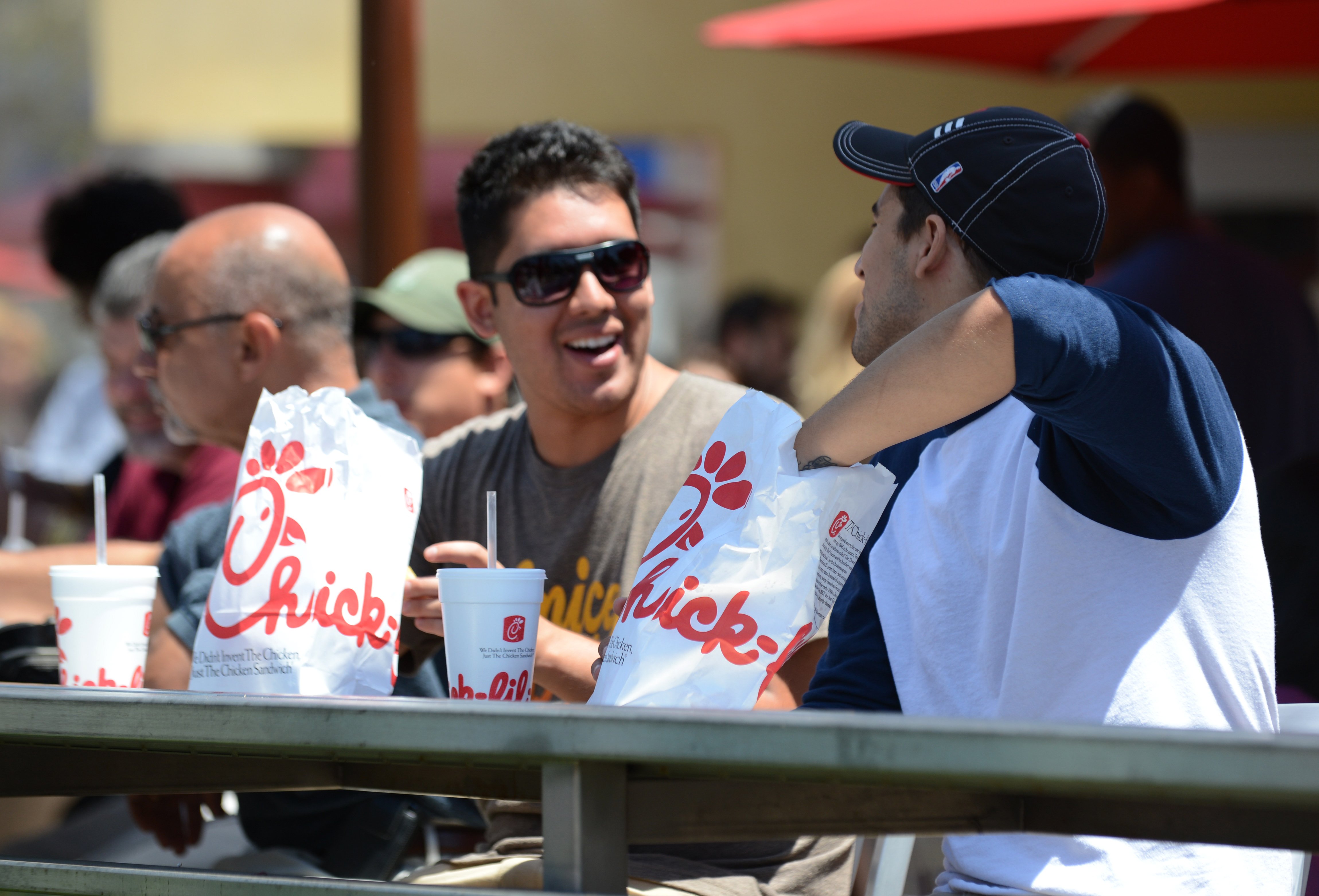 Two men prepare to have lunch on the patio of the Chick-fil-A in Hollywood, California, Aug. 1, 2012. ROBYN BECK/AFP/GettyImages

Impossible Foods recently raised $300 million in funding, the company said in a Monday announcement. Impossible Foods was founded in 2011 “to drastically reduce humanity’s destructive impact on the global environment by completely replacing the use of animals as a food production technology.” 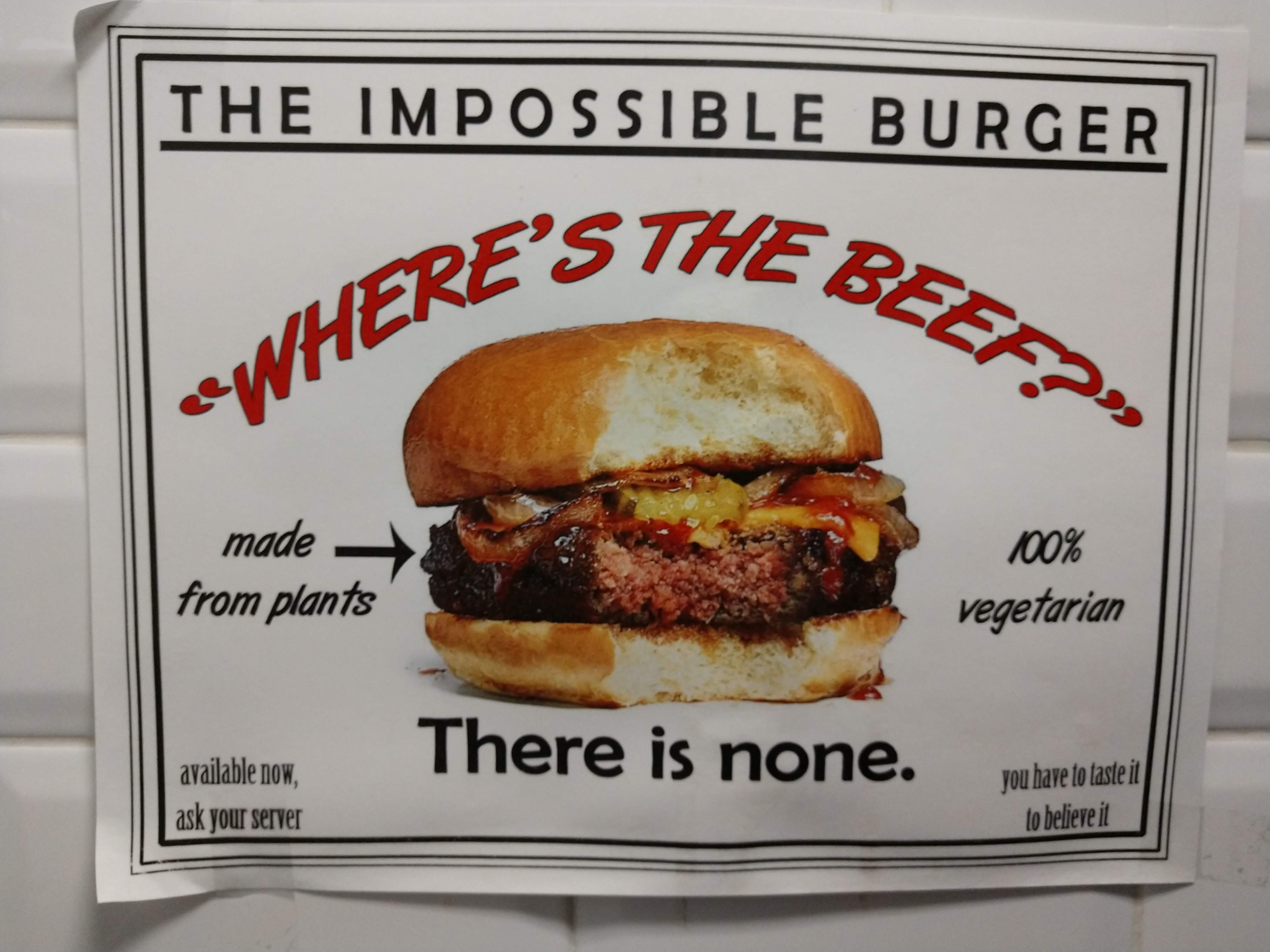 Feb. 24, 2019: Pictured is a sign for the Impossible Burger at a restaurant. Shutterstock/NTL Photography

Beyond Meat has also aggressively tackled the meatless market and has seen company shares surge 174 percent in May. Ethan Brown founded the Los Angeles-based company in 2009.