“Today, [McConnell] meets w/ [Trump] to pitch busting spending caps (again),” Roy tweeted. “Let’s be clear: this would be a very swamp thing to do. Holding to the caps (as 40+ House GOP have called for in our letter) still leaves us w/ $1 Trillion deficits.”

Rumors began circulating on Capitol Hill earlier in the day that McConnell was going to meet with the president on raising the budget caps. The meeting between Trump and the Senate majority leader was previously undisclosed and only made public after the Texas congressman revealed it on Twitter, a Republican staffer confirmed to The Daily Caller News Foundation.

Roy has been an outspoken opponent of the increasing government deficit and has urged Congress to act on reducing discretionary and mandatory spending. (RELATED: House Republicans Write Open Letter To Nancy Pelosi Demanding Spending Limits)

Roy and 38 of his Republican colleagues wrote an open letter to House Speaker Nancy Pelosi earlier in May insisting no spending measure she puts forth on the House floor will violate the Budget Control Act of 2011. The House Freedom Caucus also adopted the proposition as its official position. 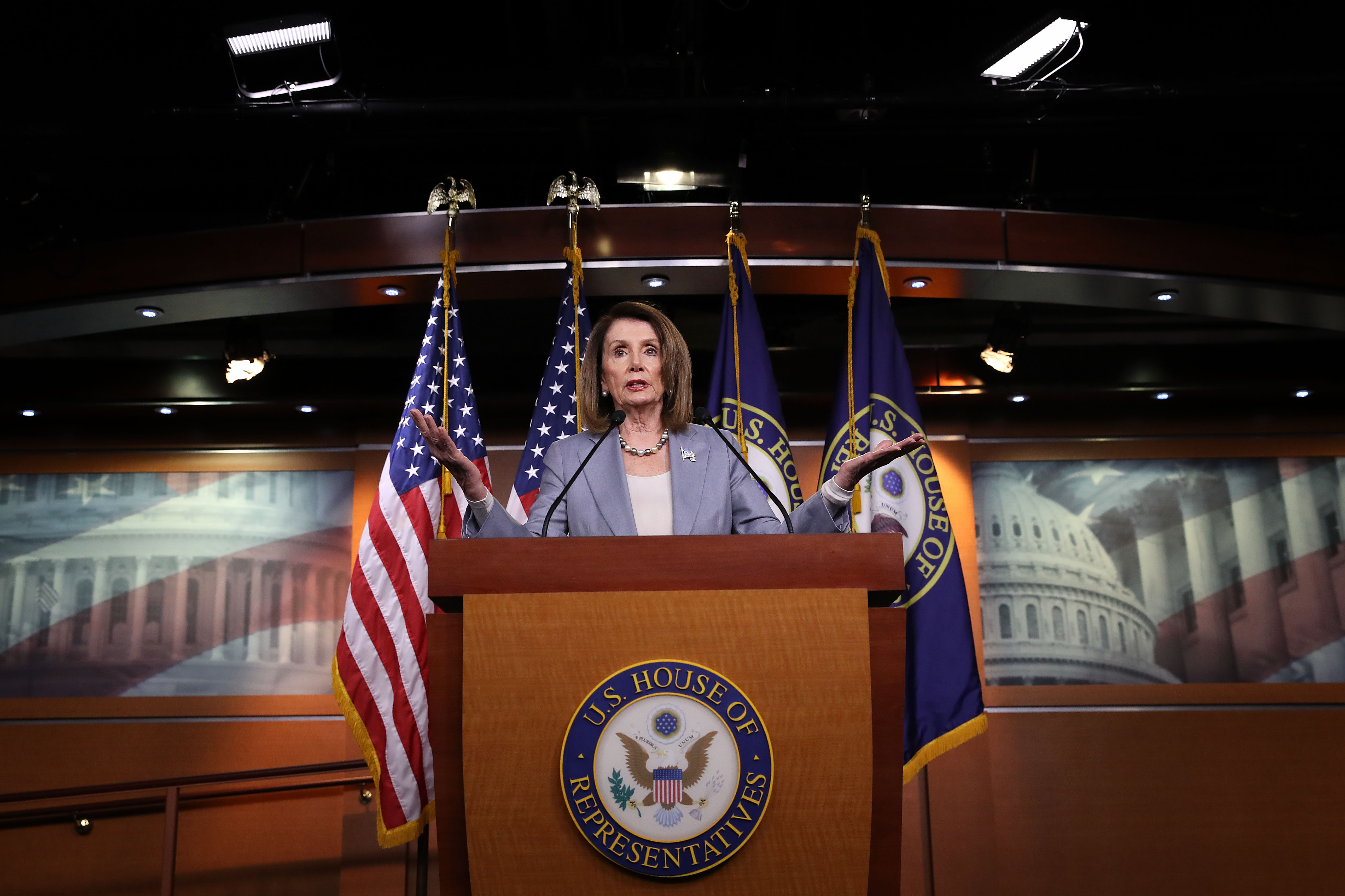 Speaker of the House Nancy Pelosi answers questions during a press conference at the U.S. Capitol (Win McNamee/Getty Images)

“We write to respectfully request that you only bring forward spending measures which adhere to the budget caps put in place by the Budget Control Act (“BCA”) of 2011, as amended,” the letter reads. “As you know, our nation recently surpassed $22 trillion in debt. With every hour that passes, we add $100 million to that figure. That is unconscionable. That must end.”

The Democrat-controlled House was scheduled in April to vote on a two-year budget plan that would raise the caps, however, Pelosi abandoned the vote after the progressive wing of her caucus demanded more spending on social programs and revolted against the legislation.