Democratic Massachusetts Sen. and presidential candidate Elizabeth Warren announced Tuesday that she is declining to participate in a Fox News town hall. Her decision comes as House Democrats have been encouraging their party to go on the cable news network.

“Fox News is a hate-for-profit racket that gives a megaphone to racists and conspiracists — it’s designed to turn us against each other, risking life and death consequences, to provide cover for the corruption that’s rotting our government and hollowing out our middle class,” she wrote in a series of tweets.

I won’t do a town hall with Fox News because I won’t invite millions of Democratic primary voters to tune in, inflate ratings, and help sell ads for an outlet that profits from racism and hate. If you agree, sign our petition. https://t.co/zAyBN7i8Jf

“Fox News balances a mix of bigotry, racism, and outright lies with enough legit journalism to make the claim to advertisers that it’s a reputable news outlet. It’s all about dragging in ad money — big ad money,” Warren added. “But Fox News is struggling as more and more advertisers pull out of their hate-filled space. A Democratic town hall gives the Fox News sales team a way to tell potential sponsors it’s safe to buy ads on Fox—no harm to their brand or reputation (spoiler: It’s not).” 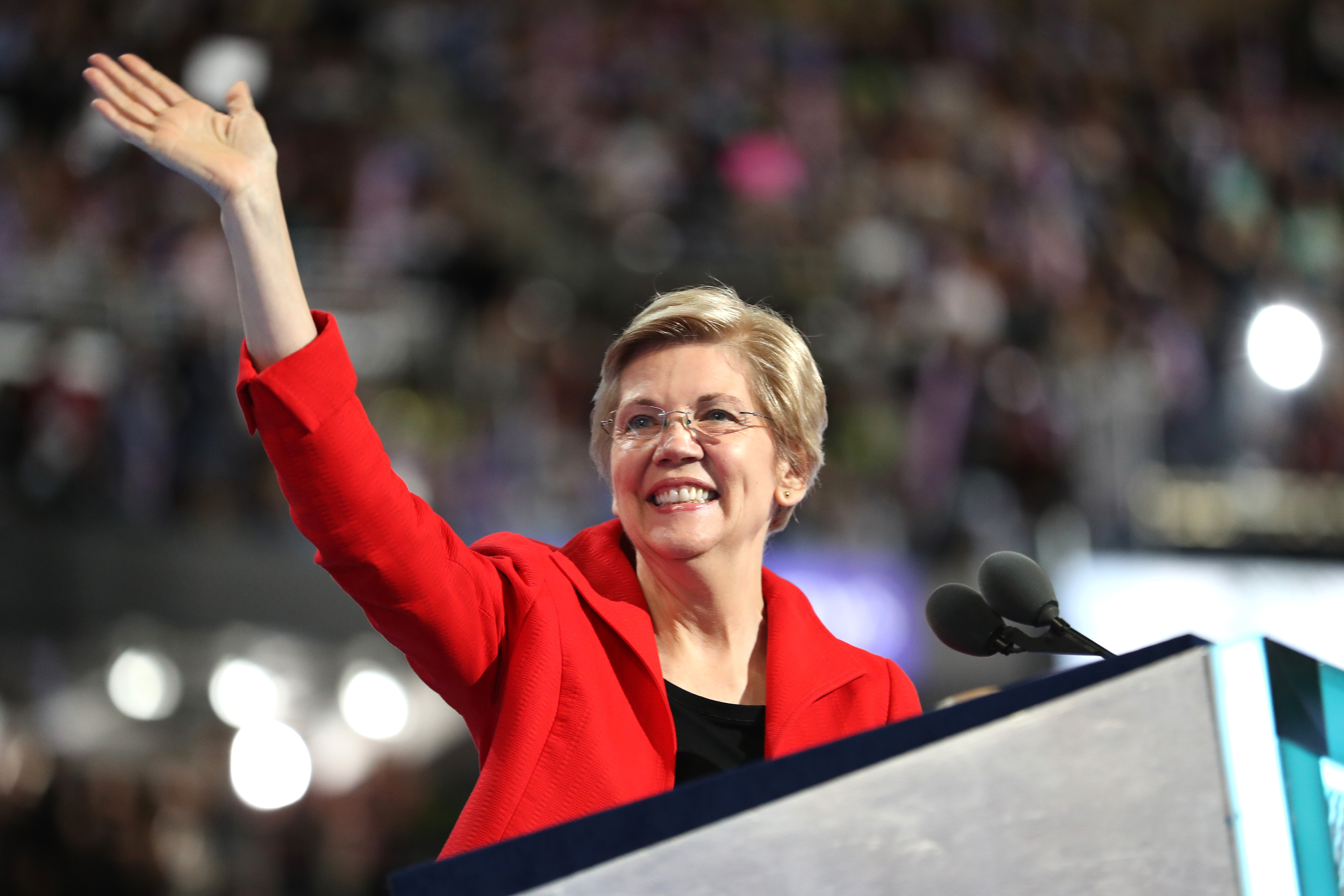 Sen. Elizabeth Warren (D-MA) acknowledges the crowd as she walks on stage to deliver remarks on the first day of the Democratic National Convention at the Wells Fargo Center, July 25, 2016 in Philadelphia, Pennsylvania. (Photo by Joe Raedle/Getty Images)

Warren is the first presidential candidate to explicitly turn down a town hall on the network, despite having appeared on the network back in March 2018.

Her decision to spur the network follows the Democratic National Committee’s decision to forbid Fox News from hosting a presidential town hall. DNC Chairman Tom Perez made the announcement in March, explaining that Fox is “not in a position to host a fair and neutral debate.”

Just last week, however, the House Democratic Policy and Communications Committee (DPCC) led a training for House Democrats on how to go on the network successfully.

The DPCC showed videos of both positive and negative appearances Democrats have had on Fox News, according to Vice News. One notable clip they showed was of Democratic New York Rep. Sean Maloney in which his interview with Martha MacCallum devolved into her calling him “very rude.”

“The DPCC encourages House Democrats to listen to everyone and talk to everyone and that includes engaging Fox News. Fox News has the highest ratings among the three cable news networks and it would be a missed opportunity for House Democrats to avoid or ignore that very large audience,” Michael LaRosa, communications director at the DPCC told The Daily Caller. “Appearing on that channel is a chance for members to communicate to Fox’s viewers how Democrats are fighting every day to lower their cost of their prescription drugs, improve their roads and bridges, raise their wages, and clean up the corruption in Washington.”

Two presidential candidates have held town halls on the network, positioning themselves in line with DPCC. Independent Vermont Sen. Bernie Sanders participated in the network’s first town hall this election cycle and it garnered 2.6 million viewers, over half-a-million more viewers than the second most-watched one. Minnesota Sen. Amy Klobuchar more recently had a town hall on Fox News and that had a million fewer viewers than Sanders’ but was still good for the third-highest to date. (RELATED: MSNBC And Fox News’ Normal Nightly Lineup Beat CNN’S Five Town Halls)

“Pete’s been clear throughout this campaign that he plans to meet voters where they are. It doesn’t do us any favors to communicate within partisan silos … ” the Buttigieg campaign told Amy B. Wang of The Washington Post. “And you will see him go on a wide variety of news outlets and platforms because he respects and wants to communicate with voters—no matter their preferred news source.”