“I’ve never been middle of the road on the environment,” Biden said at a campaign stop in New Hampshire Tuesday.

“Tell her to check the statement that I made and look at my record,” Biden said. “She’ll find that nobody has been more consistent about taking on the environment and the green revolution than I have.”

Former Vice President Joe Biden defend his liberal climate credentials, confirming, “I’ve never been middle of the road on the environment” during a campaign stop in Concord, N.H. pic.twitter.com/0dL1FGQR2z

Ocasio-Cortez, along with other Democrats and activists, criticized Biden amid reports he would take a “middle ground” on climate policy, which would likely reinstate or expand Obama-era environmental policies. (RELATED: Democrats Headline Green New Deal Rally)

“I will be damned if the same politicians who refused to act then are going to try to come back today and say we need a middle of the road approach to save our lives,” Ocasio-Cortez said at a rally for the Green New Deal held Monday.

“I will be damned if the same politicians who refused to act then are going to try to come back today and say we need a middle of the road approach to save our lives.” –@AOC on the Green New Deal at #Road2GND pic.twitter.com/S9UI7bmDEV 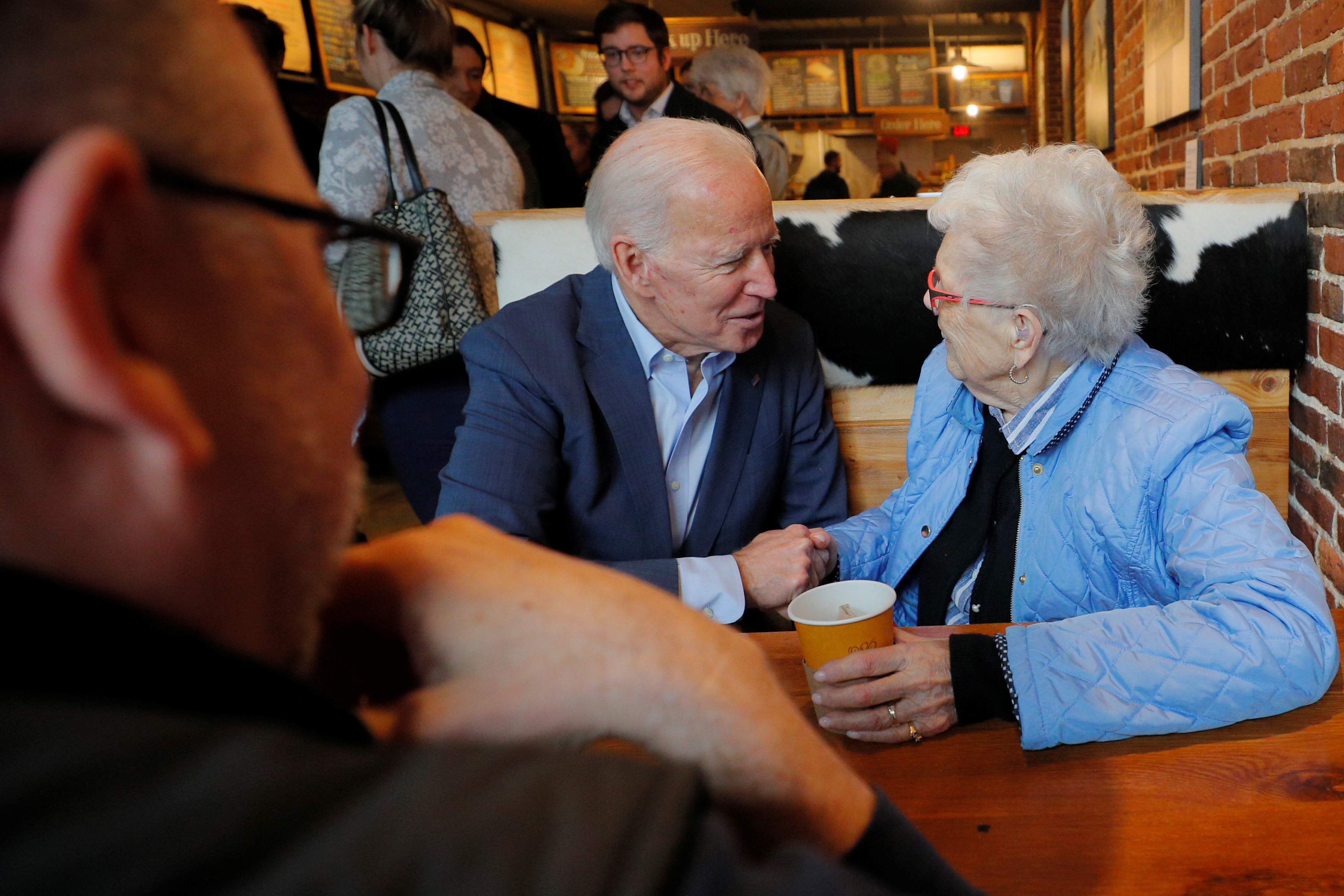 U.S. Rep. Alexandria Ocasio-Cortez listens during a House Oversight and Government Reform hearing on the “Trump Administration’s Response to the Drug Crisis-Part II” on Capitol Hill in Washington, U.S., May 9, 2019. REUTERS/Leah Millis

However, Biden insisted Ocasio-Cortez wasn’t talking about him at Monday night’s Green New Deal rally because of his strong environmental record.

“I don’t think she was talking about me,” Biden said. “Look, all they’ve got to do is go back and read what I’ve done already and you’ll be hearing very shortly the totality of what I plan on doing.”

“It’s a long campaign and they should calm down a little bit,” Biden said.

Some Democrats running for president in 2020, like Vermont Sen. Bernie Sanders, support the Green New Deal resolution. Biden has not supported the Green New Deal, which might be because labor unions oppose the bill.

Republican lawmakers oppose the Green New Deal, seeing it as a socialist plan. Democratic leadership has also been unwilling to embrace the Green New Deal and, instead, proposed alternative bills that don’t go as far in shifting the economy.