Police in Sri Lanka arrested 23 people Tuesday in connection with a series of mob attacks against Muslim homes and businesses in retaliation for the Easter church bombings.

The violence came as a reprisal for the Islamic State-linked terrorist bombings of churches and hotels that killed more than 250 people on Easter Sunday in April. (RELATED: Sri Lanka Imposes Emergency Law Banning Face Coverings)

Soldiers began patrolling areas hit by the mob violence after police arrested 23 people from across Sri Lanka who allegedly perpetrated the assaults.

Seven of those arrested were young Sinhalese Buddhist men who reportedly led the mobs and directed them to attack particular homes, businesses and mosques. Militant Buddhist groups have cultivated anti-Muslim sentiment in Sri Lanka for years, sparking fears soon after the Easter bombings that such groups would use the attacks as justification to incite violence against Sri Lankan Muslims.

Police implemented a nationwide curfew from 9 p.m. to 4 a.m. for both Monday and Tuesday night, though police spokesman Ruwan Gunasekera said no one has reported any new assaults as of Tuesday. 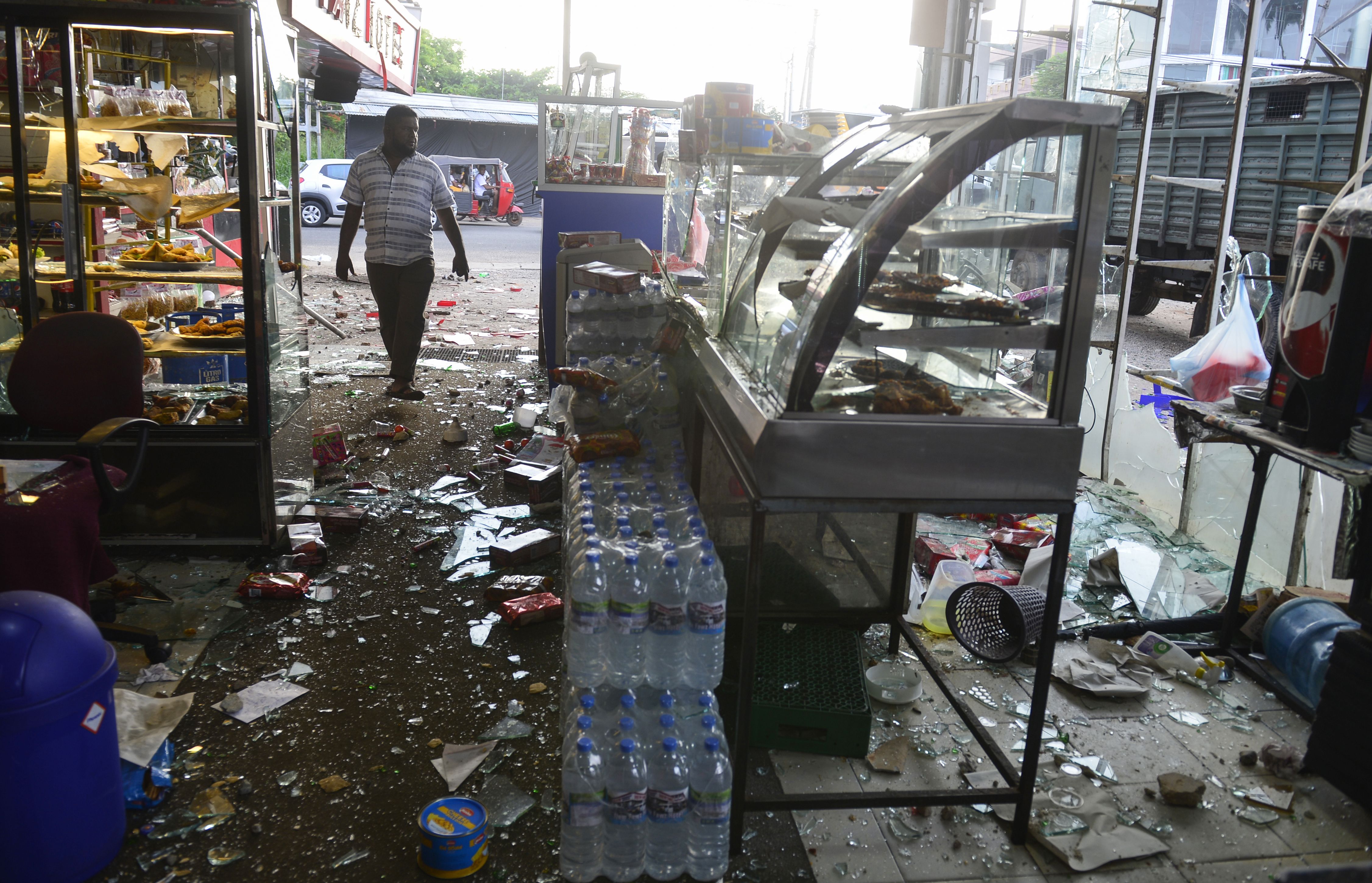 A man walks through a damaged shop after a mob attack in Minuwangoda on May 14, 2019, north of the Sri Lankan capital Colombo. (LAKRUWAN WANNIARACHCHI/AFP/Getty Images)

The one reported fatality occurred Monday evening in the village of Kottramulla. Rioters killed Mohamed Salim Fowzul Ameer as he stood outside to defend his house and family. His wife, Fatima Jiffriya, found him bleeding on the ground. Help did not arrive in time.

“I opened the door to see my husband on the ground in a pool of blood, the police right in front and the mob running,” she told Reuters. “His heart was still beating hard, I took him into my lap and started to scream for help.”

Another mob that grew from 200 to approximately 1,000 people rode through the town of Kottampitiya on motorcycles Monday afternoon, wielding swords and staves according to locals. They threw rocks and Molotov cocktails at Muslim-owned businesses, attacked Muslim homes and ransacked the town’s main mosque.

Some locals accused the police of standing by and doing nothing despite pleas for their intervention. Gunasekera, however, argued otherwise, saying that police had been instructed to use as much force as necessary to stop the attackers and that those judged guilty of rioting could face 10 years in jail.