The Sumo grand champion this year in Japan will reportedly be honored with a new award in addition to trophies named after the nation’s emperor and prime minister and that’s the “Trump Cup.”

The shiny honor will be given in Tokyo this year after Sumo wrestlers compete for 15 days in a battle of superhuman strength, according to the San Francisco Gate on Tuesday. (RELATED: Sicilians Welcome American President With ‘The Trump Cup’) 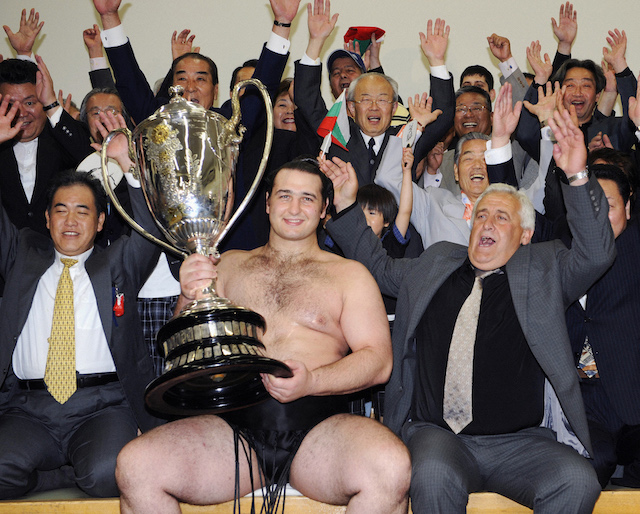 President Donald Trump is planning a visit to the country and the closing of the Summer Grand Sumo tournament reportedly coincides with the same time as his visit. Trump will reportedly be the one to present the special trophy to the winner at the Ryogoku Kokugikan, the sumo hall in the capital city, per the Asahi Shimbun, which cited officials in Japan.

There has yet to be an announcement from the White House on the special honor. However, the president himself hinted as to the making of a trophy during meetings last month with Japanese Prime Minister Shinzo Abe. (RELATED: Trump Celebrates US, Canada, Mexico Getting 2026 World Cup)

“I’ve always found that fascinating,” Trump shared of sumo wrestling. “We’re having a trophy made in this country. We’re going to give the trophy to the winner of the championship.” (RELATED: Will American Consumers Be Getting Their Meds From China In 2025?)

Andrew Freund, director of USA Sumo, said that naming the award after Trump would be fine as a nickname. But ‘if it is officially the ‘Trump Cup,’ that would be a little over the top,’ said Freund, who has lived in Japan and has been organizing sumo events in the United States for 25 years.

As far as the matter of what kind of cup would it be and if there were any specifications about what it has to be, Freund said he imagines it would just be that it can’t be any bigger than the Emperor’s cup.

“I don’t think there really is a hard-and-fast rule about that,” Freund shared. “I suspect maybe they would say, ‘Hey, don’t make it bigger than the Emperor’s Cup.'”