Pretty much the entire nation wants the St. Louis Blues or Boston Bruins to win the Stanley Cup.

According to a study from sportsinsider.com using geotagged Twitter data, 41 states are cheering for one of those two teams. The Blues are drawing support from 22 states and the Bruins are getting support from 19. (RELATED: NHL Ref Takes Puck Straight To The Groin. The Video Will Twist Your Stomach)

The Hurricanes, who are down 0-3 to the Bruins in one of the conference finals series, have only the support of four states. The Sharks, who are 1-1 with the Blues, have the support of 5 states.

You can take a look at the full map below. 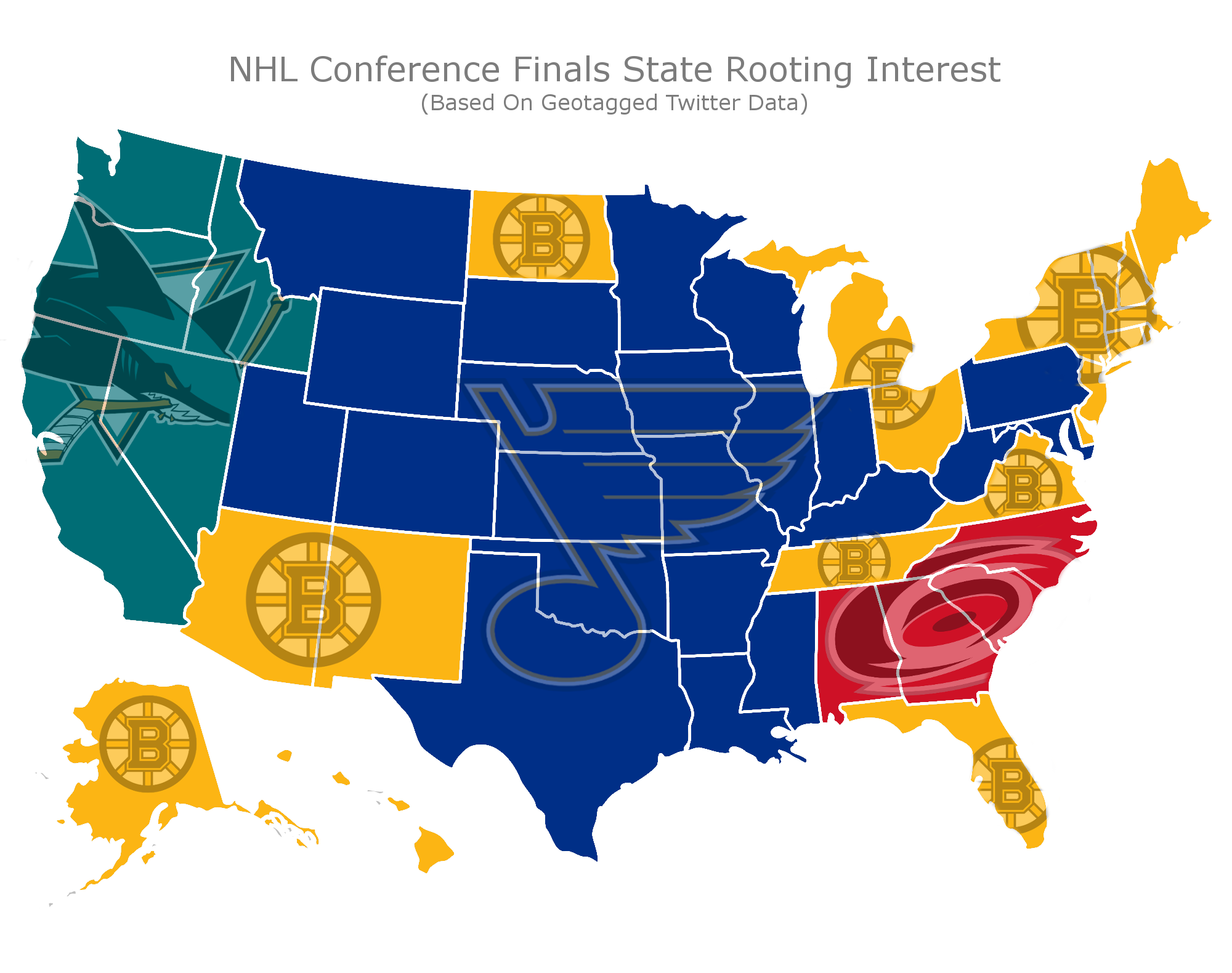 Leave it to those crazy dudes west of my home to buck the trends of everybody else. You also have to love how Arizona and New Mexico, two states on the opposite side of the country, are pulling for Boston.

What did St. Louis ever do to them?

Honestly, I don’t care who wins at all. The Red Wings aren’t playing and all I want is a great set of games. What’ll be very interesting is what’ll happen if the Bruins sweep the Hurricanes.

They’ll have a bunch of time off to rest as they prepare for the winner of the Sharks/Blues. Resting up during playoff hockey is never a bad thing.

Playoff hockey is an awesome and brutal display of athleticism. Taking a few extra days to heal up shouldn’t be overlooked.

Sound off in the comments with who you’re cheering for. My guess is we’ll get a Bruins/Blues Stanley Cup final, which judging from this map might cause a second civil war.