The White House hosted Hungarian Prime Minister Viktor Orban on Monday, the first formal meeting between Orban and a U.S. president in decades.

Orban is a popular leader in Hungary, serving as prime minister from 1998 to 2002 and then 2010 to present. Orban, who leads the national conservative Fidesz party, has embraced nationalist stances on immigration and trade and was one of the few European leaders to endorse President Donald Trump in 2016.

“I know he’s a tough man but he’s a respected man,” Trump said at the start of the meeting on Monday. “Probably, like me, a little bit controversial, but that’s OK. That’s OK.”

Prior to Monday’s meeting, the Trump administration had kept Orban at arm’s length. The Hungarian prime minister is often criticized as a soft autocrat for dismissing liberal values, such as the right to free speech, and adopting hardline stances on immigration and trade and for promoting a distinct Hungarian-Christian culture.

U.S. relations with Hungary have cooled since the early 2000s when former President George W. Bush revoked an invitation to Orban to come to the White House. Bush snubbed Orban after the premier refused to denounce a lawmaker who said the United States deserved the 9/11 terror attacks, according to The Wall Street Journal. 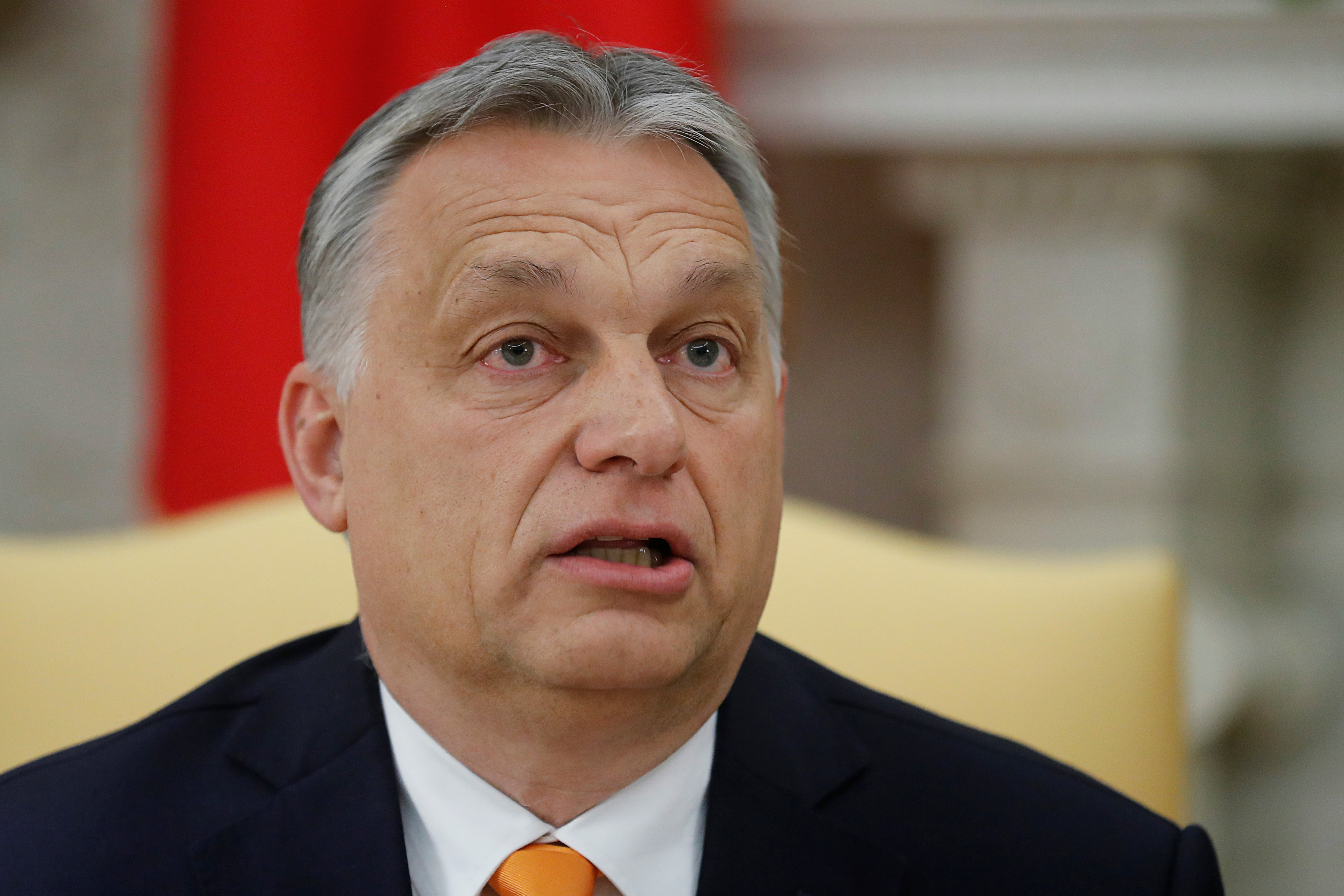 Hungary’s Prime Minister Viktor Orban speaks during a meeting with U.S. President Donald Trump in the Oval Office at the White House in Washington, U.S., May 13, 2019. REUTERS/Carlos Barria

Orban lost his election in 2002 and blamed Bush, according to WSJ. Orban won re-election again in 2010, an early victory in the populist/nationalist wave that would sweep Europe. As the U.S. continued to stay clear of Hungary, Orban developed close relationships with autocratic leaders in the East such as Recep Tayyip Erdogan of Turkey, Xi Jinping of China and Vladimir Putin of Russia.

Orban’s policies are contentious in Europe as he has distanced Hungary from the North Atlantic Trade Organization (NATO), European Union and United Nations. Orban has sought to limit the influence of foreign countries and money on Hungarian politics and culture, as well as take down any organization linked to the Hungarian-American billionaire George Soros.

In September 2018, the EU Parliament voted to censure Hungary for pursing policies in conflict with the EU’s “core values.” Orban is a leading critic of the EU’s immigration policies and the “illusion” of multiculturalism.

Orban’s politics is about building a state for Hungarians, a group of people he says are ethnically and culturally distinct. Orban has challenged Western values of freedom and private property without necessarily opposing either, according to Mike Gonzalez, a senior foreign policy fellow at The Heritage Foundation.

Orban has rejected immigration policies that promote lax borders. Orban has continually warned against allowing an influx of immigrants from the Middle East and Africa.

“They want us to voluntarily give [our country] to others, to foreigners from other continents who don’t speak our language, don’t respect our culture, laws or lifestyle,” Orban told a crowd of supporters at a rally in March 2018, attacking the UN model immigration system. “They want to exchange ours for their own. There is no exaggeration in this.”

“The situation is that those who don’t block migration at their borders will be lost. They will slowly but surely be digested,” Orban continued. “The youth of Western Europe will still live to see when they become a minority in their own country and lose the only place in the world to call home.”

In 2015, Orban pushed to complete a 110-mile-long, 13-foot-high fence topped with razor wire on Hungary’s southern border with Croatia and Serbia. At the time, Europe was facing an influx of more than one million migrants – largely refugees fleeing violence in countries such as Syria, Iraq and Afghanistan.

After the border fence was completed, illegal immigration into Hungary dropped by 99.6 percent. (RELATED: Fact Check: Did Hungary Reduce Illegal Immigration By 99 Percent With A Border Wall?) 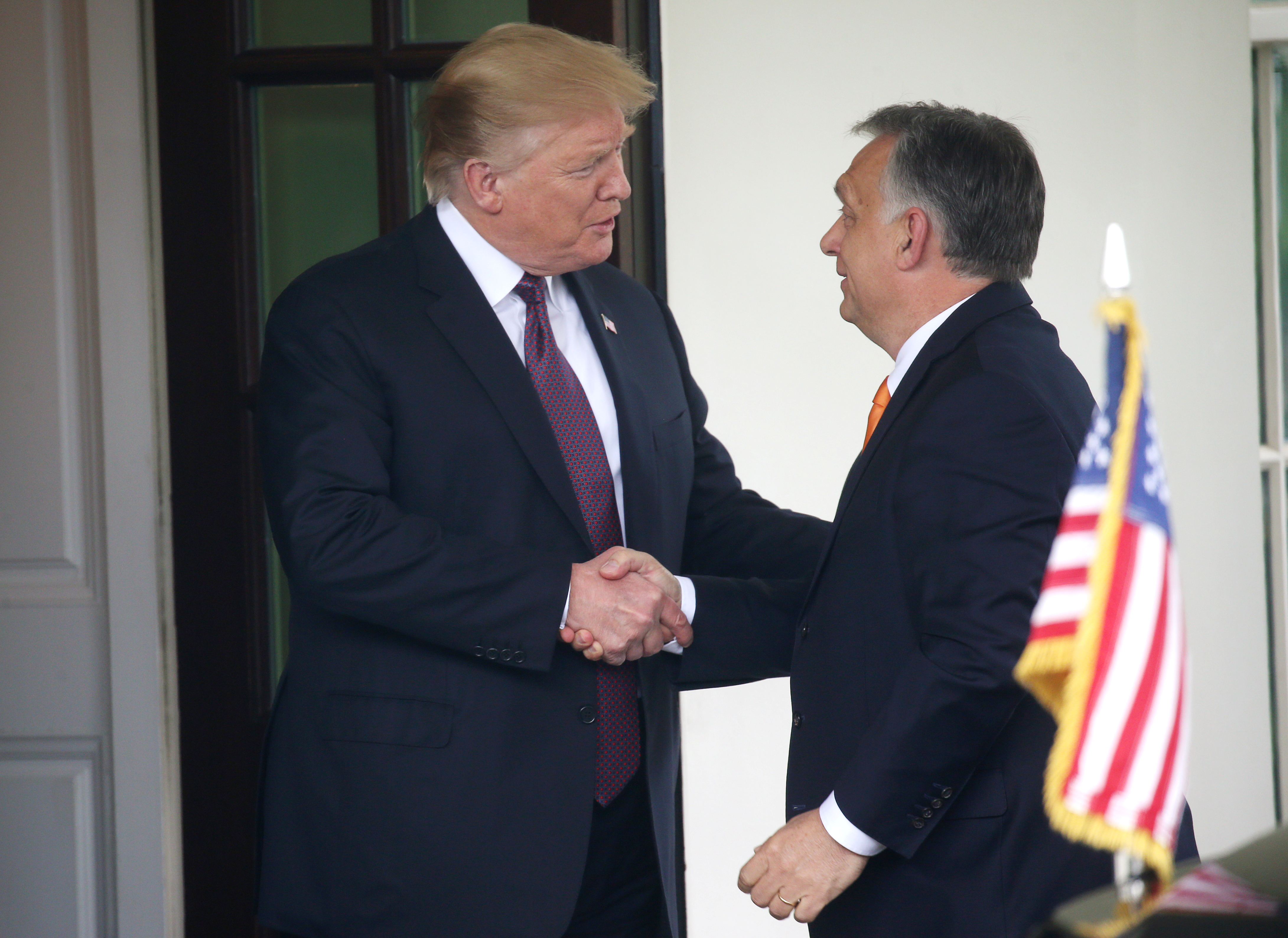 Orban is taking steps to not only close off Hungary to illegal immigrants and refugees, but to stop foreign money from affecting the country’s politics, as well. Orban’s war against foreign influence is part of his idea of building an “illiberal democracy,” a democratic state that is not devoted to Western ideas such as freedom and individual rights.

Instead, Orban wants to build a state for Hungarians that focuses on tradition, as well as ethnic and cultural homogeneity. The premier is an avid advocate of keeping the Hungarian state explicitly Christian.

“The main task of the new government will be to preserve Hungary’s security and Christian culture,” Orban said during a May 2018 radio interview. “We are working on building an old-school Christian democracy, rooted in European traditions … we believe in the importance of the nation, and in Hungary we do not want to yield ground to any supranational business or political empire.”

In pushing his nationalist agenda, Orban has turned Soros into a boogeyman – a member of the international elite that are wielding power and wealth to push progressive policies. Orban and his allies often use anti-Semitic tropes to attack Soros.

“By employing the national security services, the Soros network that strives to influence European life should be exposed,” Orban said, the Financial Times reported at the time. “Another question is who are these Hungarians who are participating in this process from here, within Hungary?”

The Fidesz party, led by Orban, has backed legislation aimed at cutting off Soros-backed NGOs and other routes of foreign influence. In June 2018, Hungary’s parliament passed legislation dubbed the “STOP Soros” law that criminalized aiding migrants that are not eligible for asylum apply for asylum. The law also prohibits aiding illegal immigrants in Hungary obtain citizenship.