The inspector general’s findings showcase the fiscal impact of the former EPA chief’s penchant for high-end travel during the course of his yearlong stint. Pruitt’s trips either taken or scheduled between March 1 and Dec. 31, 2017 cost taxpayers $985,037, with the bulk of the expense coming from his round-the-clock security detail.

Among other things, the report noted that out of the 40 trips investigators scrutinized, 16 included stops to Oklahoma, where Pruitt maintained a residence during his time in the Trump administration. Lodging costs also skyrocketed, as 150 percent of per diem guidelines “were not approved and/or adequately justified.”

“Actions are needed to strengthen controls over the EPA’s travel and prevent fraud, waste and abuse,” the inspector general’s office wrote. Pruitt claimed in February 2018, more than two months before leaving the agency, that security personnel made the decision to use first class tickets for traveling expenses. 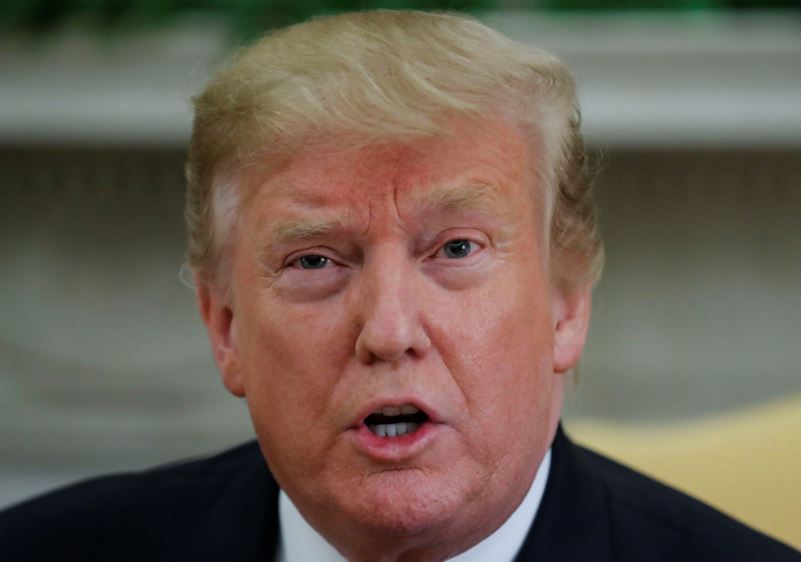 U.S. President Donald Trump participates in the White House Iftar dinner in the State Dining Room at the White House in Washington, U.S., May 13, 2019. REUTERS/Leah Millis

EPA’s watchdog opened 70 threat investigations last year, including cases related to the agency’s facilities and personnel. The agency performed only 45 such probes in 2016, according to reports in 2017 from E&E News. The travel expenses became a lingering issue for the president. (RELATED: Scott Pruitt Blames Pricey First Class Flights On Beefed Up Security Detail)

The agency has long-allowed administrators to take trips other than coach, EPA noted in response to the report. Its general counsel’s office had issued an opinion determining that the acting controller “had the authority to grant first-class exceptions. Therefore, in evaluating the delegation EPA believes that the trips were authorized by an appropriate official, making cost recovery inappropriate.”

There’s a precedent for Trump officials paying back travel expenses. Then-Health and Human Services Secretary Tom Price wrote a personal check the day before he resigned for $51,887.31 to offset charter and military flights he took in 2017. The HHS IG later suggested recovering at least $341,000 from Price after investigating his use of travel.