Twenty-seven former immigration judges are now defending Giudice, filing a motion with the Board of Immigration Appeals on why the reality television star should not be deported. The motion could prove pivotal in persuading the court to grant his final appeal and allow him to remain in the U.S.

The judges’ support marks the latest episode in the father-of-four’s fight against deportation.

Giudice was released from prison in March after serving a 41-month sentence. Both him and his wife pleaded guilty in 2014 to multiple charges of fraud for a scheme that involved attempting to illegally obtain mortgages and other loans. Giudice also admitted to not paying roughly $200,000 in income taxes.

Teresa, who served her prison time first, was given a 15-month sentence and was released in December 2015. When Giudice finished his sentence, however, a new ordeal began.

The 46-year-old moved to the U.S. with his parents from Italy when he was an infant. While he remained in the country legally for years on a green card, he never attained U.S. citizenship. He has previously claimed that he didn’t even know he was not an American citizen.

While in prison, an immigration judge ruled in October 2018 that Giudice must be deported upon completion of his sentence. After his release in March of this year, he was sent to an Immigration and Customs Enforcement (ICE) facility.

“Mr. Giudice has finished serving his federal prison sentence and was transferred early this morning from the Bureau of Prisons to a facility in western Pennsylvania which houses immigration detainees,” read a statement from his family’s lawyer at the time. “His lawyers and his family are hopeful that justice will prevail and Mr. Guidice will return home to his wife and four daughters who love him and miss him.” 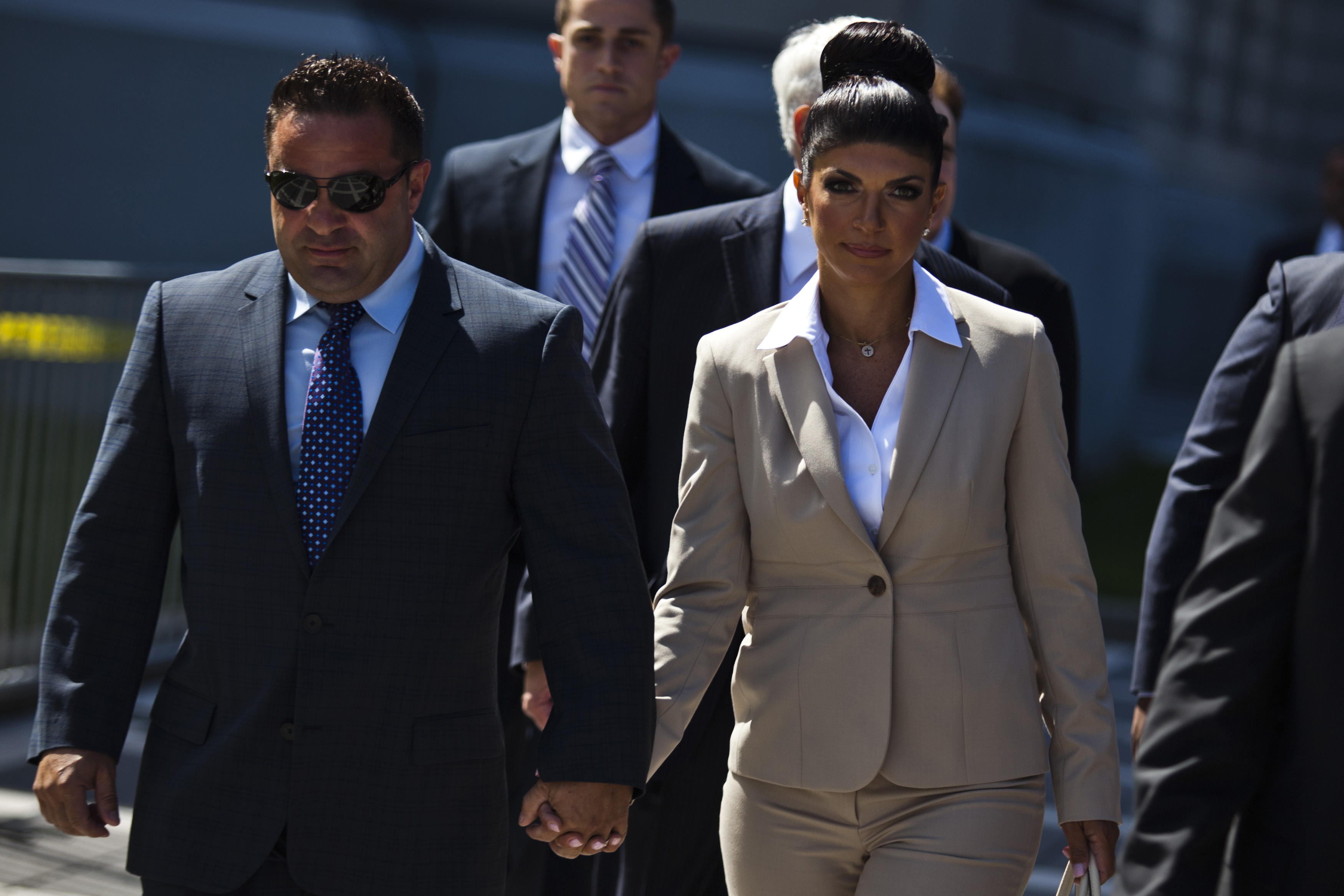 Teresa Giudice, 41, and her husband Giuseppe “Joe” Giudice, 43, hold hands as they leave the federal court in Newark, New Jersey August 14, 2013. The two stars of “The Real Housewives of New Jersey” are expected to enter a not-guilty plea during their arraignment in front of U.S. District Court Judge Esther Salas on fraud charges brought against them, reported New Jersey’s Star-Ledger. REUTERS/Eduardo Munoz

Unfortunately for Giudice, his first attempt to appeal the deportation decision was denied. He is now fighting in federal court as he launches one final appeal. (RELATED: Man Sentenced To Jail For Trying To Bribe ICE Into Deporting His Wife)

Giudice’s family has made a personal appeal to President Donald Trump, launching an online petition that asks him for a pardon. The White House, however, has reportedly not given the case any consideration.

Teresa, who is a supporter of Trump, made clear that she would divorce her husband if he’s booted back to Italy.

“We do the long distance thing, it’s not going to work,” the actress said in March during the “Real Housewives'” season 9 reunion. “I’d be like, ‘Bye bye.'”

1
Bernie Loses It When Bloomberg Calls Him The 'Best Known Socialist' Who 'Happens To Be A Millionaire With Three Houses'
Politics
2
'It Was Called Communism, And It Just Didn't Work': Bloomberg And Sanders Spar Over Taxes And Wealth
Politics
3
Trump Supporters Carry WWII Vet To His Seat At Phoenix Rally
Politics
4
Pigeons Wearing MAGA Hats Released In Las Vegas
Politics
5
Bloomberg Says In Ad He Led NYC Through 9/11. He Became Mayor Months After The Attacks
Politics