A trans woman has a new lease on life after her vagina started to shrink and finally collapsed, and it’s thanks to the skin of a tilapia fish.

The person, identified as 35-year-old Maju, now has a second chance for a “proper sex life” after undergoing a procedure called a neovaginoplasty, which “uses the part of the animal skin that is usually just thrown away,” per the New York Post on Thursday. (RELATED: Transgender Teen Sues Parents For Not Allowing Her Gender Reassignment Surgery) 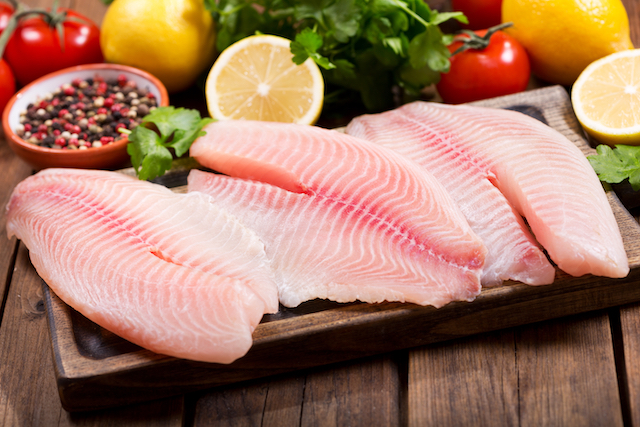 The technique uses a “tubular-shaped acrylic mold” that has been “wrapped with the skin” of the fish that has then been shaped into the form of a “biological prosthesis” to repair and extend the vaginal canal in an operation that takes three hours. (RELATED: Transgender Guidelines Changed To Allow Co-Ed Showers For Girl Guides)

The process involved inserting two separate molds to create the new vagina. The first device, mounted with the marine membrane, was incorporated inside the vagina over a period of six days.

In contact with the patient’s body, the sterilized and odor free fish skin displays stimulatory cell growth properties. It is rich in type 1 collagen a substance that promotes healing and has a firmness and elasticity which is as strong and resilient as human skin.

The tilapia membrane attached to and recoated the walls of the vaginal canal acting like stem cells. These were absorbed into the body, transforming into cellular tissue similar to that of an actual vagina.

The second device then reportedly acts like a very “big tampon” and is created to remain inside the vagina for up to six months to stop the walls from closing, as happened after the initial surgery. (RELATED: Record Number Of Children Identifying As Transgender In U.K.)

“We were able create a vagina of physiological length, both in thickness and by enlarging it and the patient has recovered extremely well,” Professor Leonardo Bezerra told FocusOn News about the procedure. “She is walking around with ease, has no pain and is urinating normally. In a couple months we believe she will be able to have sexual intercourse.”

According to Bezzera, what happened to Maju is typical in the “traditional procedure.” (RELATED: Inside The Online Community Facilitating The Gender Transitions Of 5-Year-Olds)

“This is because, in the traditional procedure, most of the inside parts of the penis are removed and the penile skin is folded into the space between the urethra and the rectum,” the professor explained. “The outside skin of the penis then becomes the inside of the vagina.” (RELATED: Pentagon To Allow Transgender Recruits)

“But because the patient has had hormonal treatment to develop female characteristics, there is penile and testicle atrophy resulting in shrinkage in the size of the penis caused from the loss of tissue,” he added. “This means the vagina can also be small.”

The typical method to fix similar problems involves invasive surgery by grafting skin from other parts of the body, mostly the intestines. But the benefits of Bezzera’s technique “is that it’s minimally invasive and there’s no need to do abdominal incisions.”