Georgia Democratic politician Stacey Abrams thinks she can wait until “the fall” and “still have a real chance to win” the 2020 Democratic presidential nomination.

“I do believe I could enter the conversation as late as the fall and still have a real chance to win,” Abrams told MSNBC.

Stacey Abrams on potential presidential run: “I do believe I could enter the conversation as late as the fall and still have a chance to win.” https://t.co/OlofXHRY9K 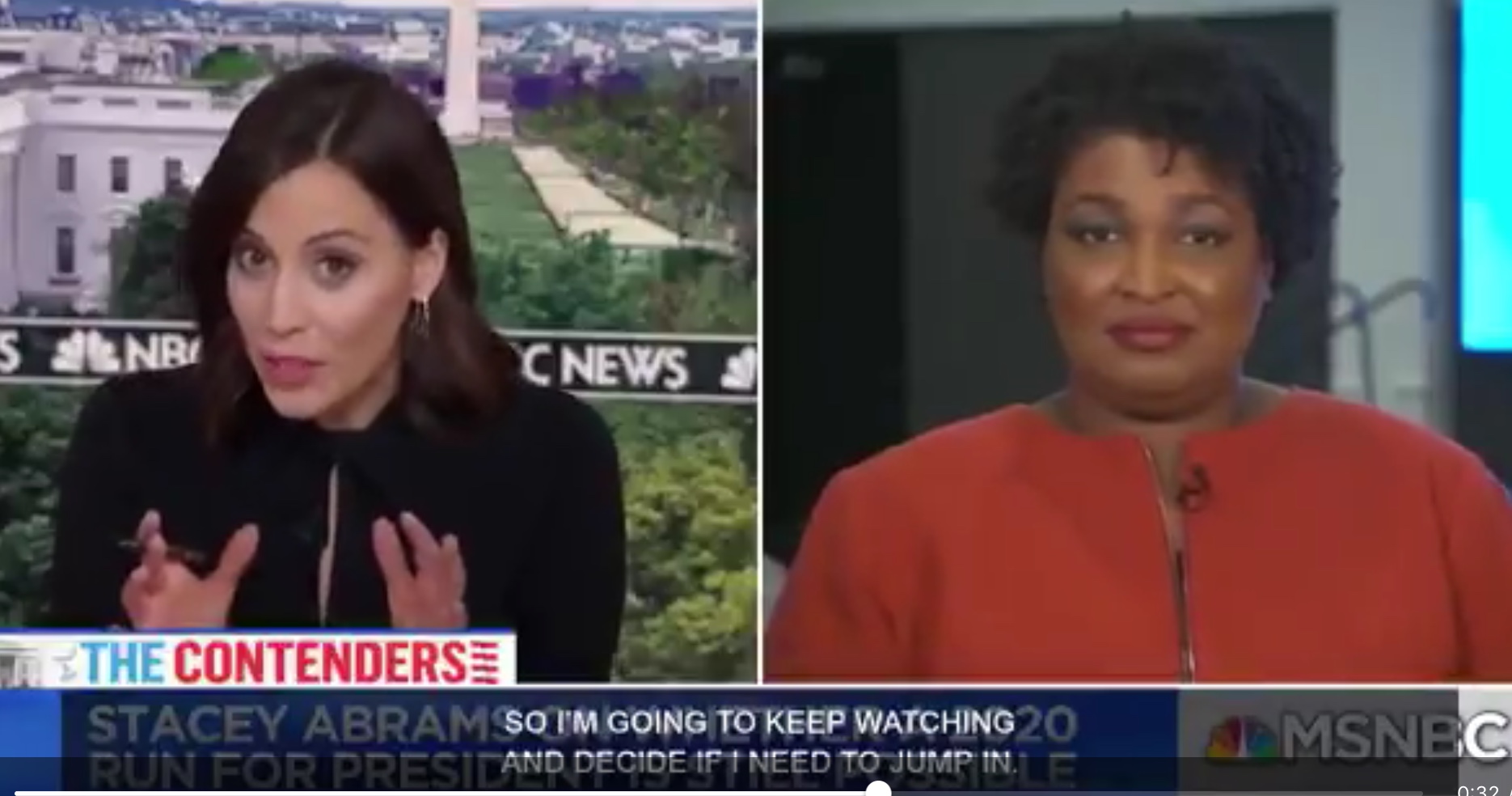 Abrams continued to tell MSNBC she is not “prepared to shut the door” on her presidential aspirations, saying:

No I’m not. As I’ve said before, I’m watching to see what happens. I think we have a robust crop of candidates. I think they’re having important conversations but my mission is to make certain that we are keeping that attention focused all the way through the campaign and so I’m going to keep watching and decide whether I want to jump in.

If she waits until autumn, Abrams will miss many candidate debates. Although she acknowledges these debates “are an important part of the process,” she says they’re also a “new” part of the campaign and she can afford to miss them.

Abrams has repeatedly expressed interest in the presidency, saying she is “just as capable” as anyone else to do the job, but not indicating whether she has any plans to enter the race. Despite losing the Georgia governor’s race to Brian Kemp, she has accused her Republican opponents of “voter suppression.” (RELATED: Brian Kemp Dissects Stacey Abrams Entire Voter Suppression Argument Point By Point) 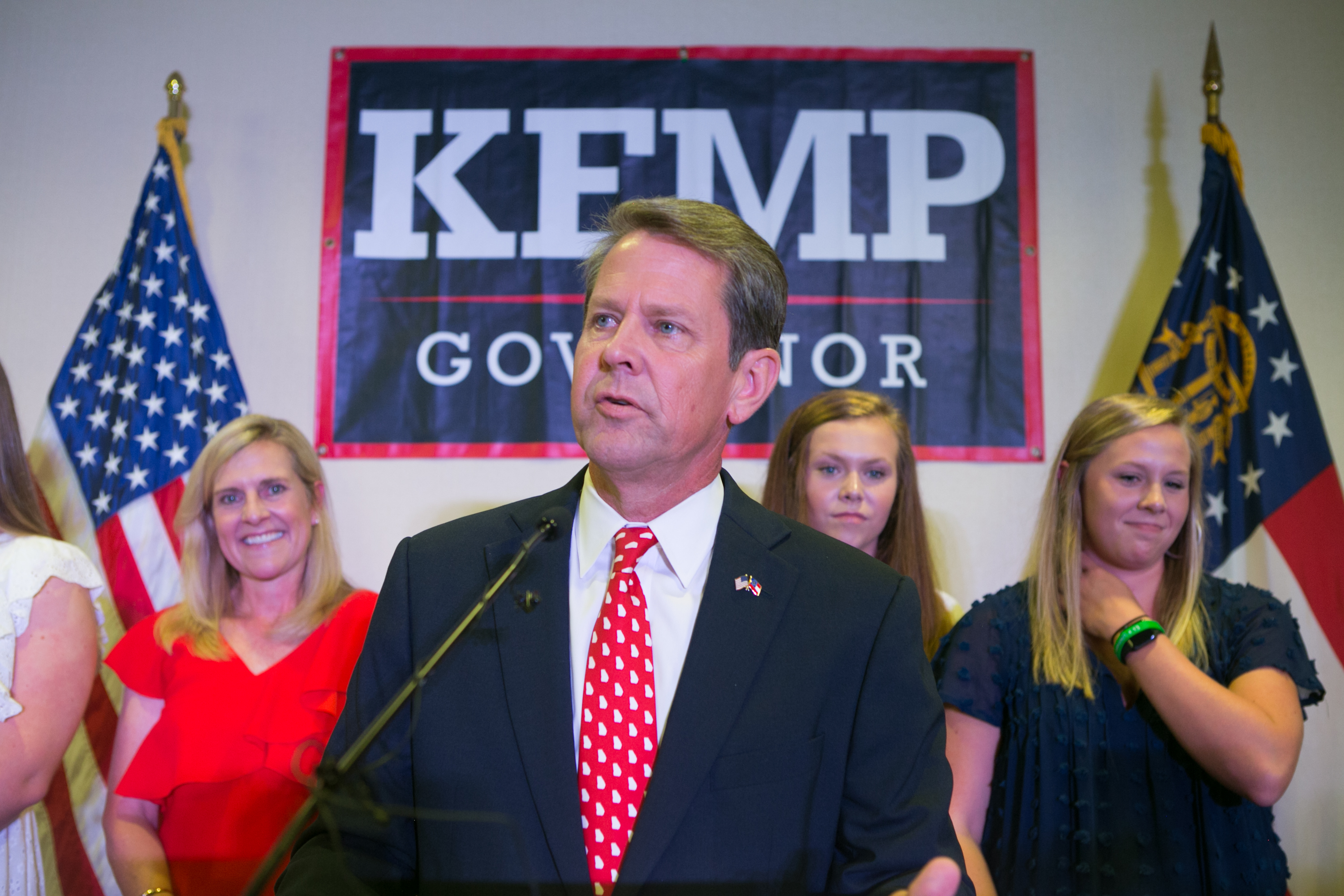 Secretary of State Brian Kemp addresses the audience and declares victory during an election watch party on July 24, 2018 in Athens, Georgia. (Photo by Jessica McGowan/Getty Images)

The former gubernatorial candidate continues to deny that she justly lost Georgia’s 2018 election and has since targetted her efforts toward enforcing fair voting.

“I am determined to end voter suppression and empower all people to participate in our democracy,” she wrote in a Wednesday New York Times op-ed, (RELATED: Stacey Abrams Feels ‘Comfortable’ Saying She ‘Won’ Georgia Race Despite Losing Georgia Race)

A former member of the Georgia assembly from 2007-2017, Abrams has been touted as the ideal running mate for former Vice President Joe Biden and has been encouraged to run for the Senate. Although she initially did not want to embrace either of these options, she now says she is “open” to the being a vice presidential candidate.