A proposed U.S. Customs and Border Protection plan to send thousands of migrant families to South Florida has reportedly been abandoned after Republican Florida Governor Ron DeSantis and others expressed their disagreement.

A CBP official told The Hill on Saturday that the administration is not looking at transporting family units to Florida “at this time” but said officials were looking at housing migrants in other areas across the country.

The plan, which would have sent around 1,000 migrants per month to Democrat-dominated Broward and Palm Beach Counties, was protested by the state’s newly elected GOP governor as well as other local and state officials.

“This was not something that came down from the White House,” DeSantis told reporters Friday. “This was something that came out of the agency. Sometimes this stuff happens. It’s gonna ultimately be something I’m going to have to talk to the president about.” (RELATED: Joy Reid Suggests Florida Democratic Voters Might Be Racist) 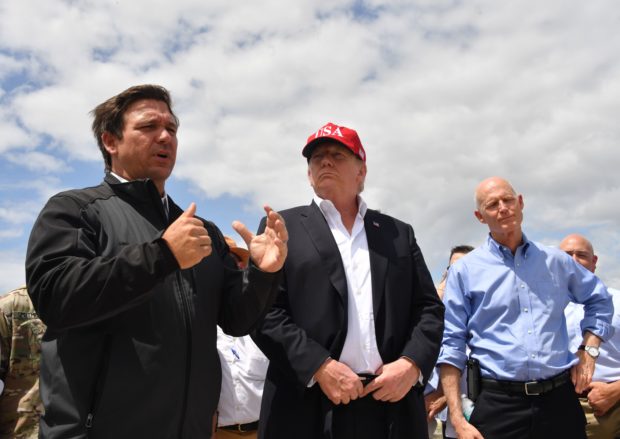 “If you believe what was leaked and reported, the plan would be to simply put migrants out on the street,” he added. “This would be potentially just releasing people into our society. With someone just coming across the border, we have no idea what their background is, we don’t know what type of criminal activity they’ve been involved in. We don’t know anything … I think it will tax our resources, the schools, the health care, law enforcement, state agencies.”

“I want to thank the community for its support,” Palm Beach County Sheriff Ric Bradshaw said in a statement following the decision. “I also want to thank all the elected officials that came to the press conference to support our efforts and thank the governmental officials that stepped forward to make sure that, if in fact this happened, we would have the proper plans in place. Because of everybody’s efforts, we are able to stop what had appeared to be a crisis for our community.”

With its facilities on the border bursting at the seams, CBP officials are reportedly looking for other places across the country to temporarily house migrants.