“Few members of Congress even read Mueller’s report; their minds were made up based on partisan affiliation,” Amash said in one tweet. “And it showed, with representatives and senators from both parties issuing definitive statements on the 448-page report’s conclusions within just hours of its release.” 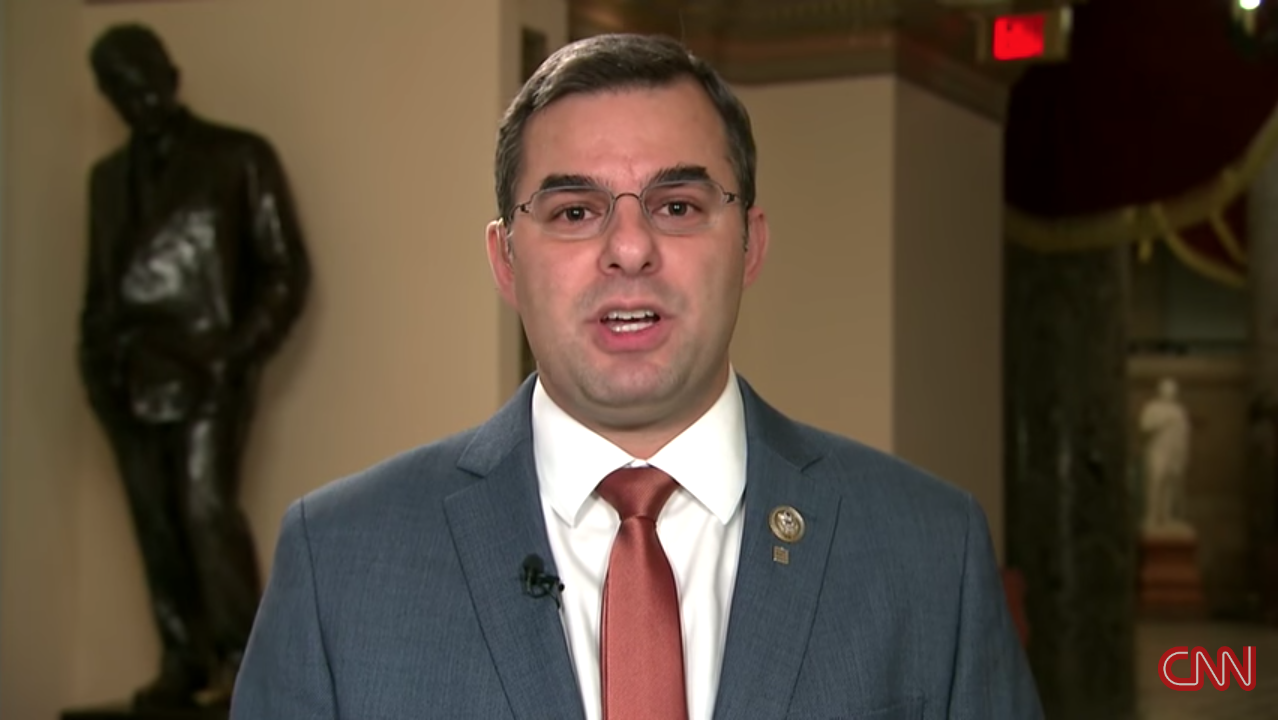 “You’ve got to understand Justin Amash. He’s been in Congress quite some time. I think he’s asked one question in all the committees that he’s been in. He votes more with Nancy Pelosi than he ever votes with me. It’s a question whether he’s even in our Republican conference as a whole.”

The only people still fixated on the Russia collusion hoax are political foes of @realDonaldTrump hoping to defeat him in 2020 by any desperate means possible.

Back home in Michigan, the response to Amash was less than favorable.

Michigan Republican Party Chairwoman Laura Cox praised President Trump’s leadership that she said “has led to the strongest economy in a generation,” adding that Amash has “opposed his ‘America First’ agenda every step of the way.”

While President @realDonaldTrump’s leadership has led to the strongest economy in a generation, Justin Amash has opposed his ‘America First’ agenda every step of the way.

In a separate tweet Cox went on to say that Amash is desperate to gain attention and “advance his own presidential ambitions, Amash is peddling a narrative that has repeatedly been proven false. Shameful.”

Now, in a desperate attempt to grab headlines and advance his own presidential ambitions, Amash is peddling a narrative that has repeatedly been proven false. Shameful.

Amash could be testing the waters for a 2020 run for the presidency. Last April, The Michigan Advance reported he was considering a third party run.

However, one longtime Michigan Republican veteran consultant told The Daily Caller that Amash’s impeachment tweets seriously hurt his congressional reelection prospects as well as any presidential goals he may have had.

“I think you’re going to see primary candidates emerge very quickly and I think that he will be challenged, and if the right person runs he will be defeated in a primary,” the GOP consultant said. “If you go on our social media pages in Michigan, everyone is furious (at him).”

The consultant continued, “They all look at it as very self-serving. People are saying that he’s doing it to see what kind of reaction he gets from around the country for a presidential run. My guess is he’ll get a small group of anti-Trumpers and some Democrats, which will obviously get him nowhere.”

Amash, often described as a libertarian constitutional conservative, has served in Michigan’s 3rd Congressional District since 2010 and ran unopposed in the 2018 primary. He won the general election with 54% of the vote.

According to the Michigan GOP consultant, his district, “tolerated a lot of his positions that weren’t necessarily mainstream but were kind of a strong social conservative Christian area.”

The consultant added, “He was very good at constituent relations. He’d always come back and explain himself and say he was doing it all for the right reasons. But this looks very self-serving and political.”