President Donald Trump attacked Fox News in a tweet Sunday evening for hosting a town hall with Democratic presidential candidate Pete Buttigieg. The tweet came less than two hours before the event was scheduled to begin.

“Hard to believe that @FoxNews is wasting airtime on Mayor Pete, as Chris Wallace likes to call him. Fox is moving more and more to the losing (wrong) side in covering the Dems. They got dumped from the Democrats boring debates, and they just want in. They forgot the people…..,” Trump tweeted.

Hard to believe that @FoxNews is wasting airtime on Mayor Pete, as Chris Wallace likes to call him. Fox is moving more and more to the losing (wrong) side in covering the Dems. They got dumped from the Democrats boring debates, and they just want in. They forgot the people…..

The president continued:  “….who got them there. Chris Wallace said, ‘I actually think, whether you like his opinions or not, that Mayor Pete has a lot of substance…fascinating biography.’ Gee, he never speaks well of me – I like Mike Wallace better…and Alfred E. Newman will never be President!”

As Trump noted in his first tweet, the Democratic National Committee (DNC) decided back in March to forbid Fox News from hosting any of the Democratic presidential debates. DNC Chairman Tom Perez stated that Fox is “not in a position to host a fair and neutral debate,” following a report alleging journalistic malfeasance from the New Yorker.

The ban hasn’t stopped the network from hosting town hall events for specific candidates though.

Two presidential candidates have held town halls on the network prior to Buttigieg. Independent Vermont Sen. Bernie Sanders participated in the network’s first town hall this election cycle, which garnered 2.6 million viewers — over 500,000 more viewers than the second most-watched one. Minnesota Sen. Amy Klobuchar more recently had a town hall on Fox News which had a million fewer viewers than Sanders’ but was still good for the third-highest to date. (RELATED: MSNBC And Fox News’ Normal Nightly Lineup Beat CNN’S Five Town Halls) 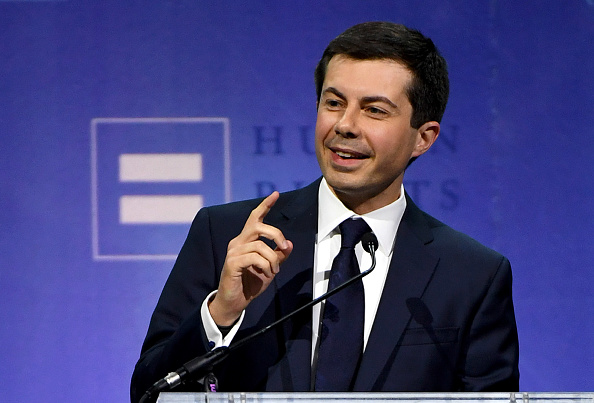 “Our attitude has been, ‘Let’s do some town halls but be selective about it,’” Bill Sammon, Fox’s senior vice president of news, told the Washington Post last week. “There are two dozen candidates. We’re not going to get to all of them. That’s just reality. So let’s carefully select the promising candidates and space them out a bit. We’re not going to put them on every night or five in one night. We’ll do it every couple or three weeks and have an impact.”

Not every Democrat has plans to go on the network though. Massachusetts Sen. Elizabeth Warren declined an invite tweeting that, “Fox News balances a mix of bigotry, racism, and outright lies with enough legit journalism to make the claim to advertisers that it’s a reputable news outlet. It’s all about dragging in ad money — big ad money.”

“But Fox News is struggling as more and more advertisers pull out of their hate-filled space. A Democratic town hall gives the Fox News sales team a way to tell potential sponsors it’s safe to buy ads on Fox—no harm to their brand or reputation (spoiler: It’s not),” Warren added.