A Border Patrol agent accused of hitting an illegal migrant with his vehicle made a number of unsavory comments about the people who cross the U.S.-Mexico border, unearthed text messages reveal.

Migrants are “disgusting subhuman sh– unworthy of being kindling for a fire,” wrote U.S. Border Patrol Agent Matthew Bowen in November 2017, according to documents filed in U.S. District Court in Tucson. The unearthed text messages — of which there are many — were uncovered as Bowen faces an upcoming trial for allegedly striking a Guatemalan immigrant with his truck and then lying about it.

“Guats are best made crispy, with olive oil from their native pais,” Bowen wrote in another text, referring to Guatemalans as “Guats” and using the Spanish word “pais” for country. He also made a reference to “mindless murdering savages” about a group of people involved in a rock-throwing incident and “sh– bags” in another instance, messages show.

Public release of the text messages come after Bowen, a 10-year veteran of Border Patrol, was indicted in May 2018 on counts of deprivation of rights and falsifying records in a federal investigation.

The situation began Dec. 3, 2017, when Border Patrol agents spotted a Guatemalan man illegally crossing the U.S. border in Nogales, Arizona. The man, Antolin Lopez Aguilar, ran to a nearby gas station and hid under a semi-truck as agents followed in their vehicles. When Lopez attempted to make a run back to the border, Bowen “accelerated aggressively” and hit him twice from behind, according to prosecutors. Bowen was able to knock the migrant down the second time and came “within inches” of running him over.

Lopez was sent to the hospital for abrasions before getting sentenced to 30 days in jail for entering the U.S. illegally. 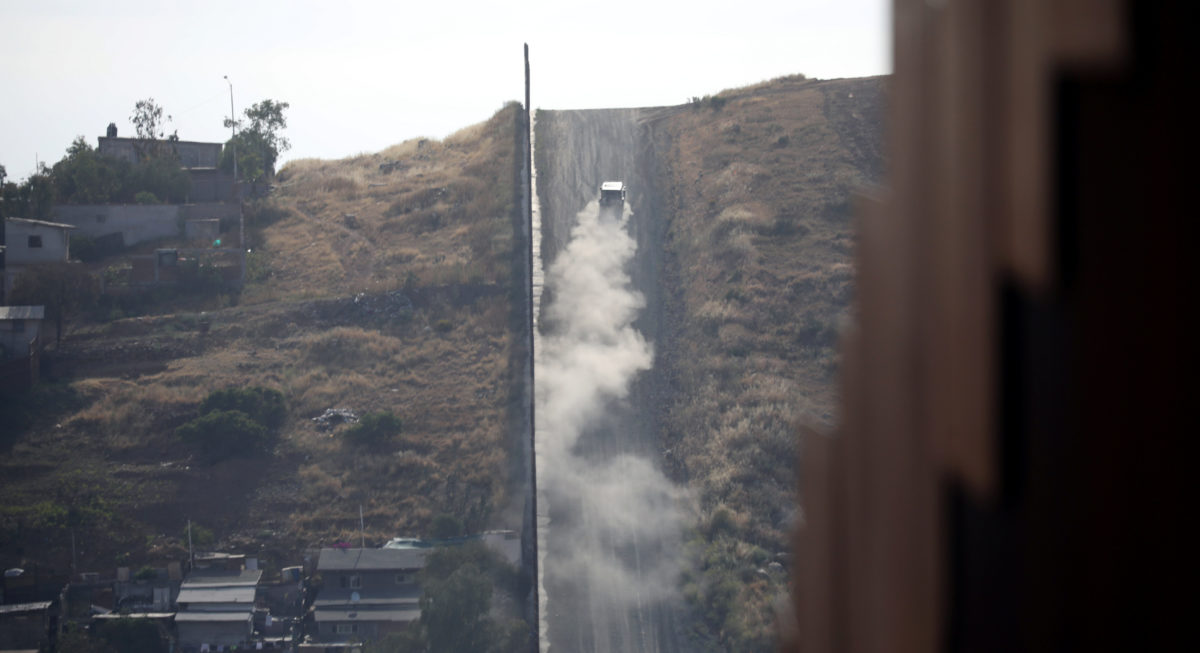 A U.S. Border Patrol car drives next to the border fence between U.S. and Mexico. REUTERS/Andres Martinez Casares

In a memorandum submitted to his superiors Dec. 12, 2018, Bowen claimed he wasn’t certain if his truck actually made contact with Lopez and that he never intended to strike him or cause fear, prompting federal prosecutors to accuse Bowen of knowingly filing a false report. (RELATED: Acting DHS Chief: Illegal Migrants Won’t Be Dumped In Florida)

“If I had to tackle the tonk I would still be doing memos,” he wrote in a subsequent text. “I wonder how they expect us to apprehend wild … runners who don’t want to be apprehended?”

Prosecutors are arguing the texts indicate Bowen harbored “disdain” for the migrants he was tasked to apprehend on a daily basis. Bowen, who has been placed on indefinite leave without pay, will begin his trial Aug. 13.