Ohio Democrats are worried their party is taking the wrong approach toward the working class in a repeat of a mistake that cost them the 2016 election.

President Donald Trump is pitching himself as an aggressive working class champion, while Democratic nominees continue to harp on issues unrelated to working-class interests such as Trump’s taxes, Democratic operatives told The New York Times. Even 2020 presidential candidate Joe Biden, who styles himself as a blue-collar Democrat, is totally missing the point, one of them said.

“The Democratic Party has lost its voice to speak to people that shower after work and not before work,” Ohio Democratic leader David Betras told The NYT. “All we’re saying is: He won’t turn over his tax returns. He’s saying, ‘I’m fighting China to get you better jobs.”

“They don’t care about his taxes,” Betras added. “They just don’t.” (RELATED: Someone Leaked 10 Years Of Trump’s Tax Info To The New York Times) 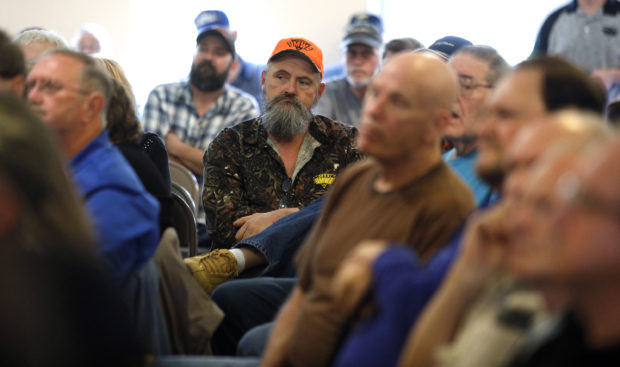 Democratic Ohio Rep. and presidential candidate Tim Ryan used similar terminology, saying Trump is “punching China in the face,” while Biden says China isn’t a serious problem. “If we go into the election with that as our message, we’ll get beat again,” he told The NYT.

The economic doom experts have been forecasting since the early stages of Trump’s campaign has so far not materialized. The economy is doing well in terms of job creation, GDP and unemployment, even as he heats up the trade dispute with China. (RELATED: 32 Times The Press Said A Trade War With China Would Torpedo The Economy)

“What I want from a president is the rest of the world to look at him and go, ‘Don’t mess with that guy, he will get even,'” Ohio voter Darrell Franks told The NYT. He is a former Democrat who voted for Trump. “I don’t want kinder, gentler. I don’t want some female that wants her agenda.”