Qatari envoy and chairman of the gulf nation’s National Committee for the Reconstruction of Gaza Strip, Ambassador Mohammed al-Emadi, reaffirmed his nation’s “special relationship” with internationally recognized terrorist organizations based in the Palestinian territories on Thursday, according to Qatari media.

The envoy responded to claims that he had placed responsibility for the latest deadly flare-up between Israel and Hamas on the Palestinian terrorist group Islamic Jihad.

“Emadi affirmed the respect for all Palestinian factions and the appreciation of their sacrifices, stressing the special relationship between him and all factions, including the members of the Islamic Jihad Movement, as one of the most important factions in Palestine,” the Qatar Tribune reported

The Islamic Jihad Movement in Palestine (Harakat al-Jihād al-Islāmi fi Filastīn in Arabic) which is also known as Palestinian Islamic Jihad (PIJ), was formed in 1981 and aims to destroy the state of Israel. The PIJ is financed by Iran and has been labeled a terrorist organization by the United States, the European Union, the United Kingdom, Japan, Canada, Australia, New Zealand and Israel. (RELATED: Qatar-Run Al Jazeera Posts Video Attacking Alabama Law. The Middle Eastern Country Jails Women For Abortion)

On Wednesday, senior Hamas figure Ismail Radwan reportedly said Emadi had apologized for his earlier comments which placed some blame on Islamic Jihad for recent violence.

Hamas has fired hundreds of rockets into Israel which resulted in Israel firing rockets back in response to being attacked by the terrorist group.

The Qatar Tribune reported that Emadi “said that the remarks attributed to him on the accusation of the Islamic Jihad Movement are completely incorrect, contrary to reality and are meant to harm the relationship with the Palestinian people.” 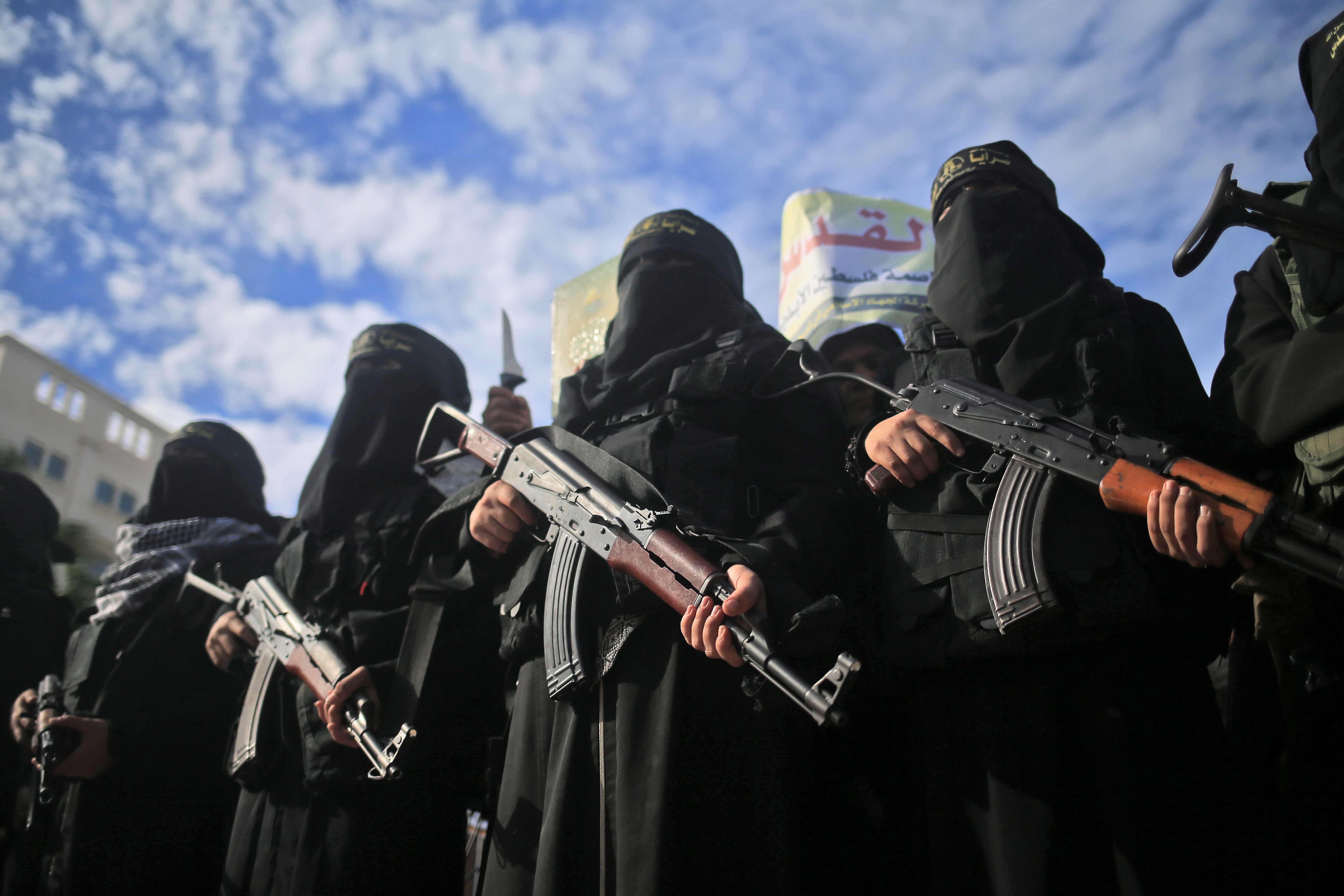 TOPSHOT – Armed female members of the militant Palestinian group Islamic Jihad carry Kalashnikov assault rifles as they take part in a rally to protest against US President Donald Trump’s decision to recognise Jerusalem as the capital of Israel, in Gaza City on December 11, 2017. (Mohammed Abed/AFP/Getty Images)

The Qatar Tribune is a privately-held newspaper owned by the QIM Group.

The publication also reported this week that Palestinian Prime Minister Mohammed Shtayyeh praised the Gulf nation’s support for the inhabitants of the Gaza Strip, and reportedly thanked Qatar for the providing financial and material support to the Palestinian government through grants and loans.

The Times of Israel reported that Emadi frequents Gaza with “suitcases of cash” but that it was not clear whether he did so this time and if the funds would be paid through the banking system during this visit.

According to the London-based and Saudi-run Asharq al-Awsat newspaper, Emadi was expected to present Hamas, an internationally-recognized terrorist organization, with $30 million from Qatar. Installments of that payment reportedly began on Monday, according to Qatar’s Gaza Reconstruction Committee. The publication noted that Israel’s willingness to allow the money to enter the Hamas-run territory is a byproduct of the latest ceasefire talks between Hamas and Israel. In exchange for Hamas ceasing its border violence, this most recent ceasefire reportedly also includes lifting of some restrictions on imports and exports to and from the Gaza Strip.

“If this guy ever criticizes jihadists or the jihad movement it’s an absolute lie,” Amjad Taha told the Daily Caller. Taha, who authored the book “The Deception of the Arab Spring,” is one of several Arab journalists who were targeted and hacked as part of an extensive hacking operation allegedly carried out by Qatar.

“We know Qatar is funding Hamas. And Israel is aware of it,” Taha said. “The only reason Israel is sometimes accepting the transference of these funds is because it’s the only way to keep these terrorists quiet for a while.” He continued, “Why do you think Hamas launches rockets? It’s when their money is finished or is running out and it’s their way of telling Qatar they want more money. They will not stop launching rockets until the money is transferred into their bank accounts. When Qatar is trying to transfer money and Israel says no, Hamas launches rockets and forces Israel to turn their heads to try and maintain calm.” (RELATED: CNN Plays Cover-Up On Analyst’s Ties To Qatar Regime)

Taha said, “Hamas is known to use human shields too. Israel is forced to accept this condition. Israel is basically buying its peace because they value human life and would prefer to secure the people they protect, unlike Hamas and Qatar, who don’t value human life.”