So enjoy the weekend and please drink responsibly people.

Brexit Party leader Nigel Farage hit by a ‘banana and salted caramel milkshake’ thrown by a protester in Newcastle pic.twitter.com/usBtF7VAVe

Chaotic scenes in Newcastle city centre as Nigel Farage hit by a milkshake. He’s been whisked away by his security. This is the aftermath. pic.twitter.com/qxz8yay492

The alleged milkshake-tosser was detained and charged with simple assault. 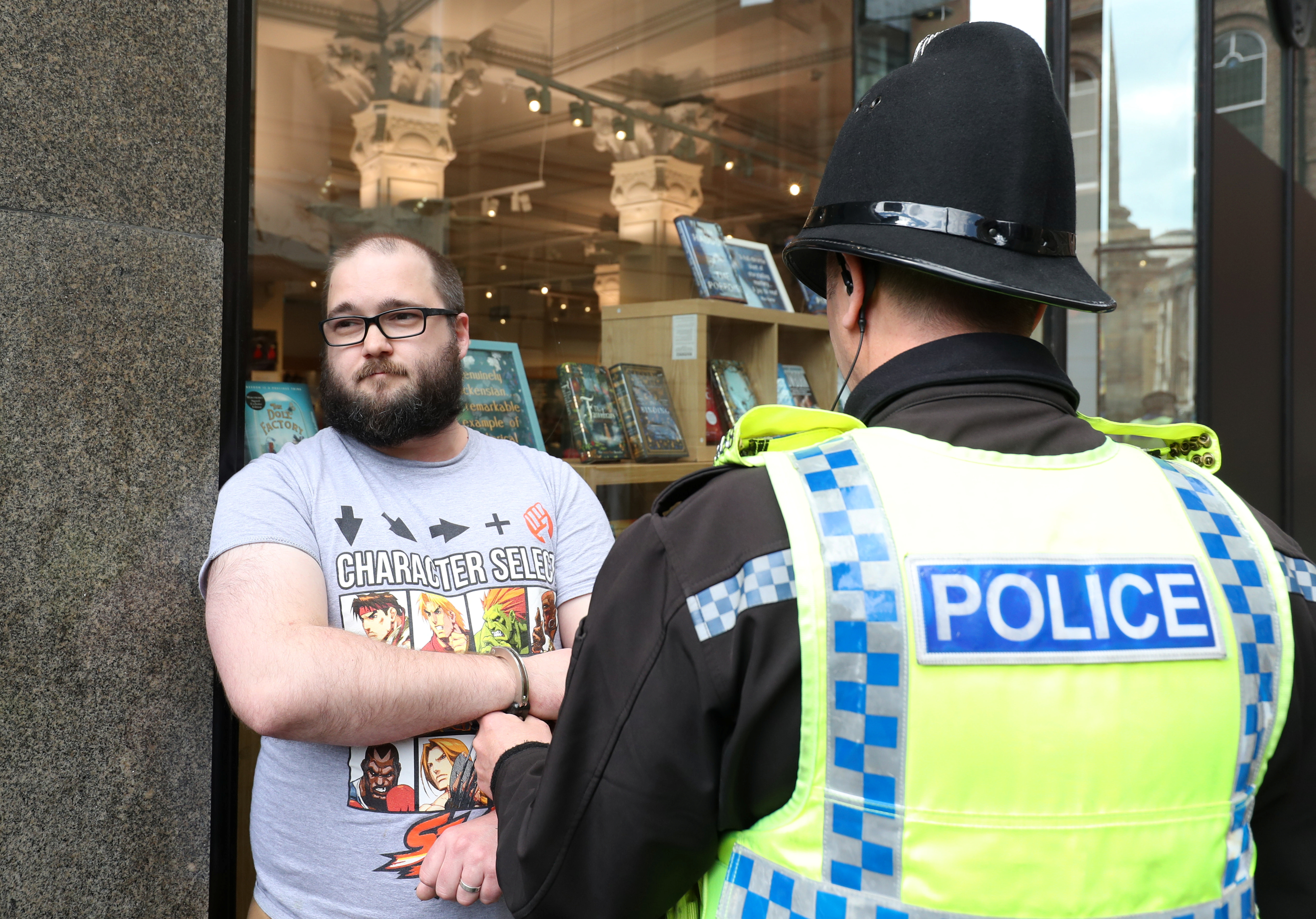 A man is detained by police after throwing a milkshake on Brexit Party leader Nigel Farage before a Brexit Party campaign event in Newcastle, Britain, May 20, 2019. REUTERS/Scott Heppell

Paul Crowther, arrested for throwing a £5.25 banana and salted caramel Five Guys milkshake on Nigel Farage, said as he stood in handcuffs: “I was quite looking forward to it, but I think it went on a better purpose.” pic.twitter.com/mMQdEURtzs

Burger King U.K. was not the only one to poke fun at Farage over the incident. (RELATED: Nigel Farage Will Come Back To The Front Lines If ‘Sellouts’ Derail Brexit)

I have thought long and hard about whether it’s acceptable to laugh at Nigel Farage being hit with a milkshake, and concluded that there are no flavours which aren’t funny.

This is no one else’s fault but Nigel Farage’s – for sowing division, hate and evil against those that have only contributed great things to Britain. Sound, decent people are tired of this hate. Milkshake the hate. ???????????????? pic.twitter.com/fvXQhR1Dh7

A similar situation arose in Australia when Sen. Fraser Anning was blindsided by a teen cracking an egg on his head. Anning turned reflexively and hit back, prompting some to claim that the teen was justified in attacking the Senator because his political views were racist.

But in recent weeks — and particularly in the U.K. against right-leaning candidates — milkshakes appear to have replaced eggs as the projectile of choice with regard to political adversaries.

UKIP candidate Mark Meechan, whose Twitter handle is @countdankula, tweeted a preemptive strike at anyone who was considering dousing him in milkshake.

Just to be clear, anyone that comes at me with a milkshake will need the straw to eat their meals for the next few months.

I don’t care how many cameras are rolling, you’ll be getting booted up and down the street.

If you just want a discussion though, then we’re good.