Murphy and Pena are the subject of the Netflix series “Narcos” and were highlighted for their work in helping bring down drug kingpin Pablo Escobar. They’ve each spent almost 30 years with the DEA and nearly 40 years in law enforcement. They also have a book coming out in November titled “Manhunters” about their personal journey and the decisions that led them to join the DEA.

Florida’s House Bill 19 has been touted as a way to help curb prescription drug costs by importing pills from Canada, but Murphy and Pena remain skeptical. (RELATED: Lawmakers Still Baffled By Opioid Crisis As They Try To Tackle Addiction)

“We’re not talking about painkillers and things like that, we’re talking about cancer meds, HIV, respiratory disease, COPD — that kind of thing,” Murphy told The Daily Caller News Foundation in a phone interview. “In our research and working with the Partnership for Safe Medicines, we’ve learned that seven other states have tried [drug importation laws], and it hasn’t worked anywhere yet.”
The measure would allow Florida to import pharmaceuticals from Canada at a lower cost, and passed the Florida House by a vote of 93-22 in April. It later passed in the state Senate by a vote of 27-13 and is awaiting Republican Gov. Ron DeSantis’s signature.
The Wall Street Journal editorial board came out against the bill in April, calling it “impractical, unsafe and unlikely to reduce prices.” The National Sheriff’s Association also spoke out against this kind of drug importation, saying it would worsen the opioid crisis and overburden law enforcement. It even wrote a letter to President Donald Trump in 2018 asking him to weigh the matter carefully.

Murphy said consumers should be prepared to receive counterfeit prescriptions and placebos in place of potentially life-saving medications if the bill is signed into law. 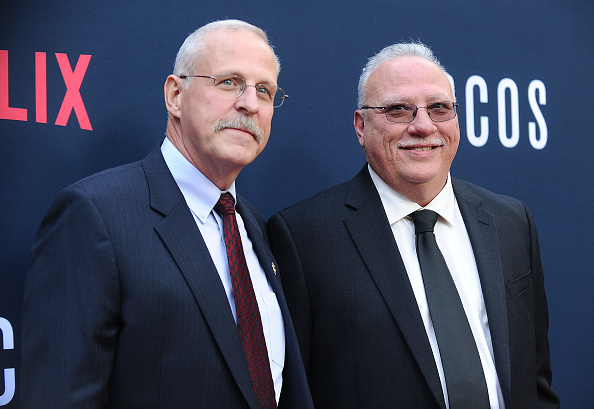 Fentanyl is a powerful opioid commonly used for acute post-operative pain, and has been known to cause overdoses and respiratory issues. It’s common for drug dealers to cut their shipments with large doses of fentanyl to increase potency without having to use pure ingredients, CBS News reported.

“We all know that it only takes a few grains — not grams — a few grains of fentanyl to cause an overdose death,” Murphy said. “So that’s what we were really concerned with on this particular drive. By shipping either tainted prescription drugs or placebos, they’re committing what we call the perfect crime.”

Pena and Murphy said criminal syndicates are using fentanyl to taint shipments of pills to increase their financial bottom line. They also said most prescription drug runners have no regard for user safety and rarely check for contaminants.

“We know criminal organizations are using fentanyl to produce their own look-alike pain pills, there’s no opioid in there — the opioid is fentanyl. So the way they mix it up is they take the powders and the binders and the fentanyl and they throw it in a cement mixer, they give it a couple turns, and then they start pressing out pills,” Pena said. “The quality control just isn’t there, and that’s our biggest concern. We shouldn’t risk our safety for a few dollars.”

Pena and Murphy said Canada isn’t a safe hub for prescription drugs and claimed foreign countries use it as a middle-man to push counterfeit pills.

“Our concern with this new legislation is that if it passes, if it were to pass — and we hope not — we’re already being inundated with fake pills, placebos that are not working,” Pena said. “So, criminal organizations are adept. They’re doing coke, they’re doing heroin — they’ll do anything they can to make money, and they don’t care who dies or who gets hurt in the process. And like Steve said, Canada is a great example. Everyone thinks Canada is safe. When we talk to the experts they say Canada doesn’t care, it’s a U.S. problem. There are no standards.”

“It’s just chemicals being put together and there’s no FDA to inspect those pills,” he continued. 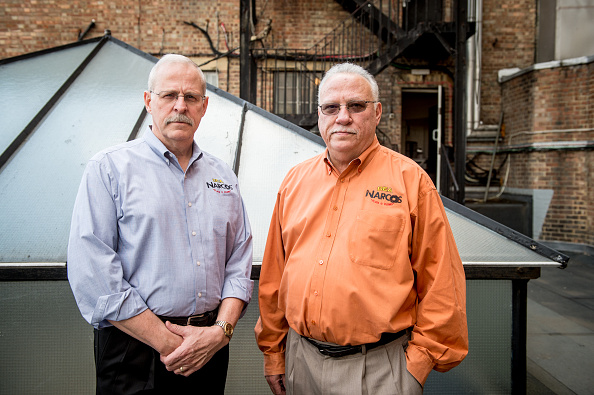 Murphy said the worst part of the fraud is never knowing where medicine came from, or if someone received placebos in place of life-saving pills.

“Here’s a crime that has been committed that will never be investigated. So that’s what we call a perfect crime here,” he added. “The other thing, when they say Canadian pharmacies — if you look at what Florida has done, it’s now not just Canada, they’ve added 22 countries now that these drugs could come from rather than a Canadian pharmacy — and there are not too many Canadian pharmacies to start with. The meds actually transit through Canada, but they’re not inspected in Canada.”

Murphy said he and Pena met with a retired police officer who served as superintendent for the Ontario provincial police, and became concerned with how Canada confirms the quality and purity of the drugs it exports.

“They don’t have the manpower, they don’t have the resources, nor do they have the legal obligation to do any of that,” Murphy said. “And in the Florida situation, let me throw out some samples here, there’s a long list — I wouldn’t feel comfortable taking medications from Croatia, Hungary, the Czech Republic, Slovenia, Romania.”

Murphy also warned consumers to be weary of fake drug companies who will put up legitimate fronts to hide their underworld connections.

“If that involves a company creating a physical address anywhere in Canada, and creating a website that says ‘Canadian Online Pharmacy’ and they put a picture with the Canadian flag and maybe a maple leaf on there … You know, they’ll do anything that they think will facilitate them and take the money out of our pockets,” he said. “Do they care when we die? Of course not! They’re criminals.”

American consumers are on the hook to pay some of the highest prescription drug costs in the world, according to The Orlando Sentinel. It can range from as much as 30% to 190% more than other developed nations. Floridians are open to a drop in drug prices, but Pena said the promises being made are part of a political agenda and lack the appropriate research.

Despite their adamant opposition to HB 19, Murphy and Pena said they’ve yet to come up with a viable alternative to help alleviate the high cost of pharmaceuticals.

“We’re not trying to badmouth Canada with all this,” Murphy said. “And Javi and I would like to find a way to make medications cheaper for everybody in the United States, we don’t have that answer. But what sets the United States apart from everybody else is that we have the FDA and HHS who run quality control on this stuff, who hold Big Pharma’s feet to the fire to make sure that the quality of the medications we’re getting are where they’re supposed to be. Other countries don’t have that quality control whatsoever.”

“We’ve already seen the placebos, the counterfeits. It’s going to be another loophole that organized crime will take advantage [of], they don’t care who gets killed or injured. It’s just about the profits, which I’m glad is being addressed now,” he said.

“I want to believe that the governor and legislators in Florida have had the right intentions here. I just think they didn’t research it far enough,” Murphy added. “I just think they did this to gain favor for more votes. Whenever there’s money to be made, you’re going to find organized crime involved in it. They’re going to manipulate the system so that they benefit.”

TheDCNF reached out to the sponsor of the bill Republican state Rep. Tom Leek and he refuted Murphy and Pena’s claims and questioned their motivation for speaking out.

“It’s funny, I’ve heard they’ve been making their way around the [media] circuit. I’m interested in who’s paying them,” Leek said during a phone interview. “But the program that Florida is about to put in place uses the same importation techniques that exist today … The only thing our program does is change who gets the benefit of the lower cost production.”

Leek claimed the current federal structure only allows the original drug manufacturer to benefit from lower cots production. He said the bill will help ordinary citizens share in the cost saving. He also claimed the FDA has examined foreign manufacturing facilities, and deemed Canadian plants to be safe and effective.

“There are [ways to inspect the medication] and we would be using the same importation techniques that the drug manufactures are using today,” Leek said. “In the United States it’s the FDA who approves drugs. So even if it’s a foreign manufacturing facility, the FDA inspects it. Our FDA inspects it.”

Leek said the FDA has determined certain countries to be upholding acceptable standards, and therefore doesn’t feel it necessary to inspect their individual facilities. Canada is one of those countries.

“I’m not suggesting counterfeiting is not a problem, because it is a problem,” he added, “But it’s a problem under today’s law, not anything to do with this program.”

The DCNF also reached out to Gov. DeSantis’ office, but did not receive a response in time for publication. This article will be updated should a response be received.