President Donald Trump kicked off a major overhaul of his administration’s immigration officials last month, but the process to revamp his team has been anything but smooth sailing.

The shakeup, reportedly spearheaded by White House policy adviser Stephen Miller, started with Trump pulling Ron Vitiello’s nomination to lead Immigration and Customs Enforcement (ICE) and the resignation of Department of Homeland Security Kirstjen Nielsen (DHS) in early April. Nielsen’s resignation didn’t come as much of a shock after months of reports that she was clashing with the president, but the withdrawal of Vitiello’s nomination was abrupt and the reasons not immediately clear. (RELATED: President Trump Pulls Ron Vitiello’s To Lead ICE)

“Ron’s a good man, but we’re going in a tougher direction,” Trump declared.

The string of departures seemed to signal the administration’s desire to shift to a more hardline stance on immigration after repeated fights over border wall funding and the family separation policy.

According to a report from The Washington Post, weeks before Nielsen and Vitiello were removed, they pushed back against a White House proposal to deport entire migrant families in an attempt to deter the rising number of border crossings. The plan allegedly involved thousands of public arrests of families, which both officials warned would have severe public backlash and would redirect resources away from the border. 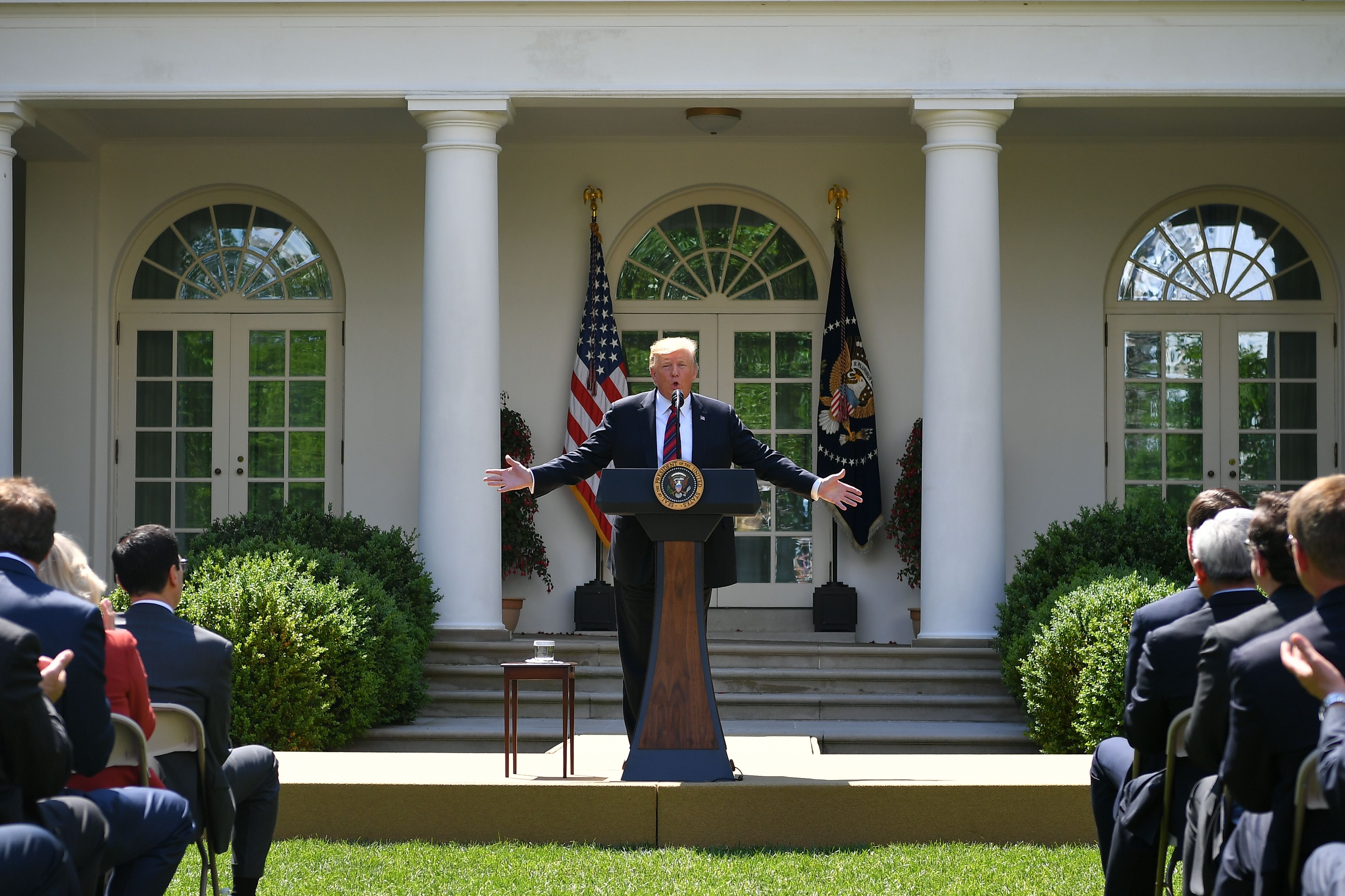 US President Donald Trump announces a new immigration proposal, in the Rose Garden of the White House in Washington, DC, on May 16, 2019. – Trump on Thursday unveiled immigration reform proposals that would dramatically increase the quota for skilled workers. “The biggest change we make is to increase the proportion of highly skilled immigration from 12 percent to 57 percent, and we’d like to even see if we can go higher,” Trump said. “This will bring us in line with other countries and make us globally competitive.” (Photo by Mandel Ngan/AFP/Getty Images)

However, after removing Nielsen, the White House found itself an unlikely challenger in acting DHS secretary Kevin McAleenan.

McAleenan was behind or involved in some of the administration’s more aggressive anti-illegal immigration policies, such as limiting the number foreign nationals who can enter through a port each day and request asylum. (RELATED: Who Is Kevin McAleenan, The Upcoming DHS Director?)

But since McAleenan took the role, he has also served as a public dam for some of the ideas floated by the administration.

After speculation that the White House was considering re-implementing family separations in order to remove any incentive for family border crossings, McAleenan publicly said the idea was “not on the table.” McAleenan instead offered that families should be able to be detained together, stating that the separation policy diminished “public trust.”

McAleenan also claimed that the administration considered but ultimately declined to implement Trump’s “sick plan” to relocate illegal immigrants to sanctuary cities and to Florida in order to ease some of the strain on resources at the southern border.

The administration has yet to name a permanent replacement for Nielsen, and the staffing issues appear to be occurring in other immigration-related posts as well.

In early May, Trump selected Mark Morgan to take over ICE, despite the fact that Morgan was previously ousted as the Border Patrol chief early on in Trump’s tenure. Morgan described his removal as “heartless” at the time, but still defended Trump’s stance on immigration across cable news channels over the past year.

A report from The Washington Post claimed that Miller wanted to install Morgan as the head of Customs and Border Protection (CBP), a suggestion that rankled McAleenan. McAleenan later denied that he threatened to quit unless he had more control over his own agency, as the Post reported.

Meanwhile, Trump has been mulling the creation of an “immigration czar,” a new White House position that would allow a single individual to coordinate immigration policy across agencies. The president was reportedly choosing between former Kansas Secretary of State Kris Kobach and former Virginia Attorney General Ken Cuccinelli to fill that role.

On Monday, Kobach came under the microscope when details of a demand list he sent to the White House were leaked to The New York Times. Kobach demanded that if he were to become the “czar,” he would need unlimited access to a government jet and seven employees.

One day later, a White House official confirmed that Cuccinelli was being named for a position at DHS but that he would not be filling the “immigration czar” role. They did not indicate if the president was still trying to find a “czar” or if Kobach was still up for consideration.