President Donald Trump told Democratic leaders in a letter Tuesday that he expects them to ratify his USMCA trade deal before they strike an agreement on infrastructure.

House Speaker Nancy Pelosi and Senate Minority Leader Chuck Schumer are expected to attend a meeting at the White House on Wednesday to further discuss a potential deal with the president regarding infrastructure spending. The group’s first meeting in April resulted in a tentative $2 trillion deal, although the Democrats said they planned to meet again to discuss how they would pay for the bill. (RELATED: Pelosi, Schumer Say They’ve Reached A Deal With Trump)

Just in advance of the second meeting, the White House released a letter from Trump to Pelosi and Schumer urging them to pass the United States-Mexico-Canada Trade Agreement.

“Before we get to infrastructure, it is my strong view that Congress should first pass the important and popular USMCA trade deal,” Trump wrote. “This path-breaking deal, already agreed to by the governments of Canada and Mexico, will boost employment growth and create millions of high wage jobs.” 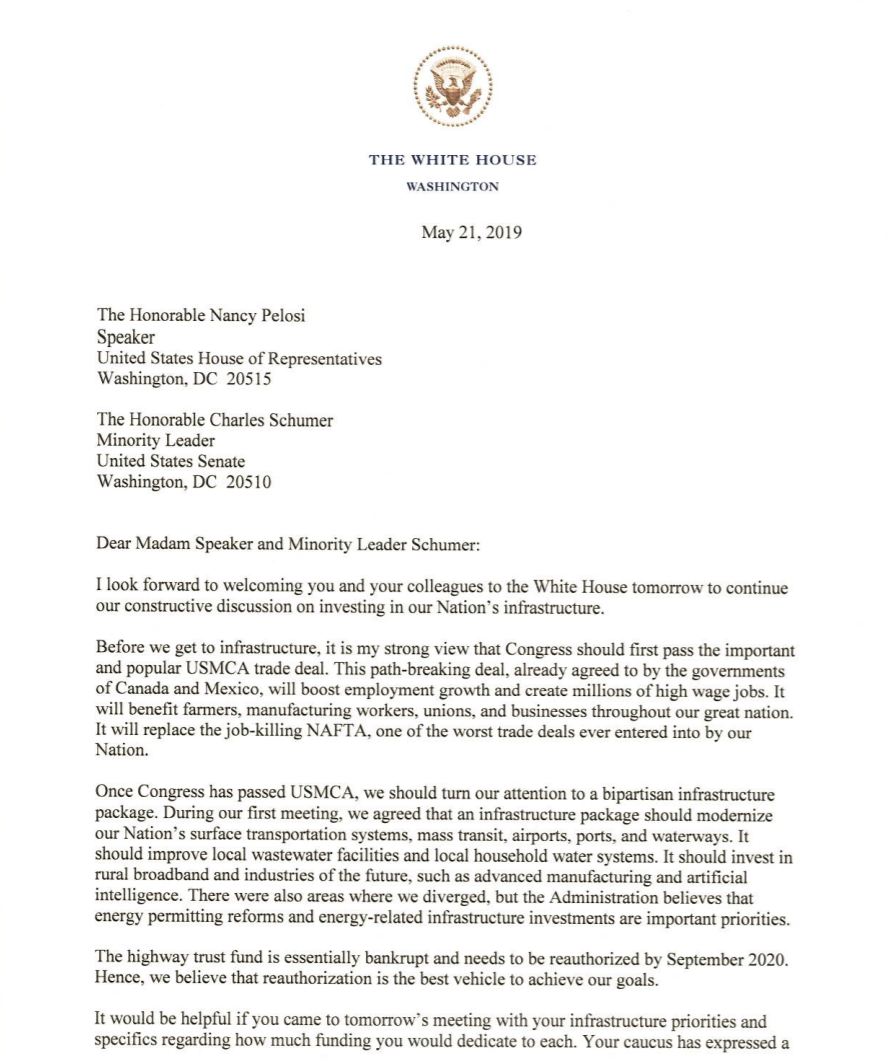 Letter from President Donald J. Trump to the Speaker of the House of Representatives and to the Minority Leader of the Senate (Copy from The White House) 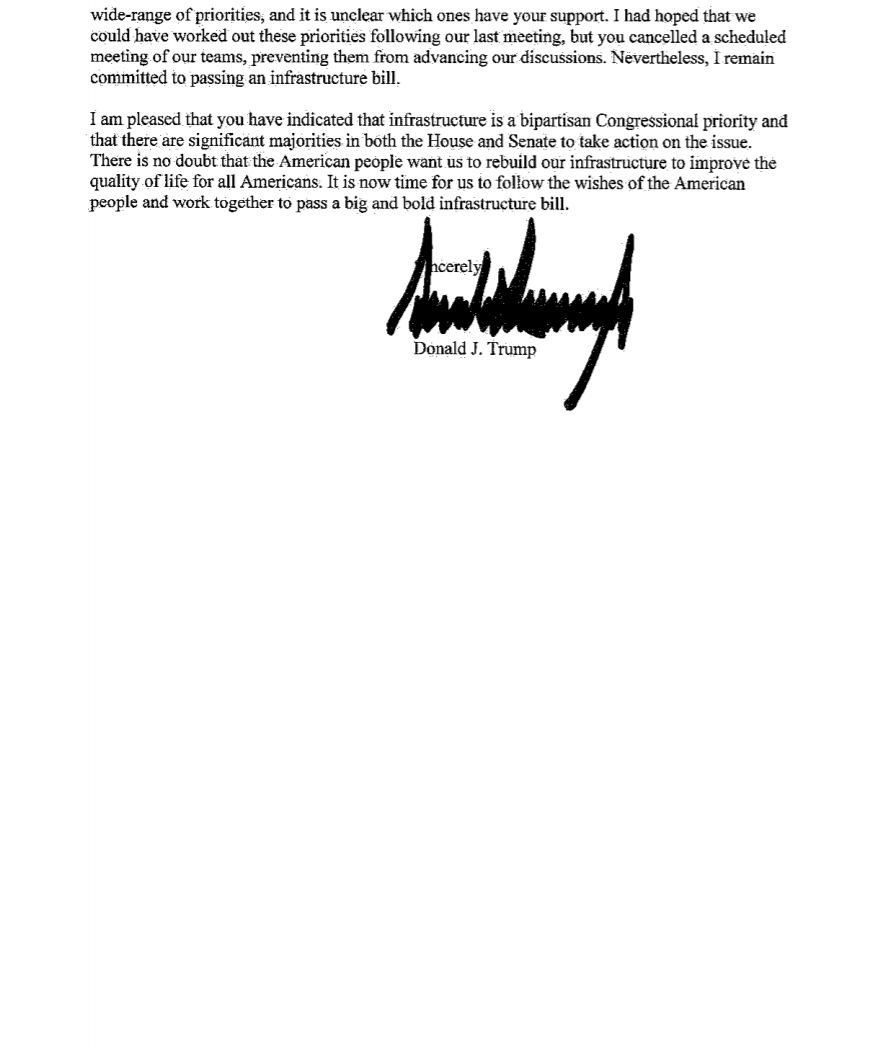 Letter from President Donald J. Trump to the Speaker of the House of Representatives and to the Minority Leader of the Senate (Copy from The White House)

Pelosi previously said in early April that she would not consider ratifying the new trade agreement until Mexico reformed its labor laws.

“Unless you do this, we can’t even consider it. . . . We have to see that [Mexico passes] the legislation, that they have the factors in place that will make sure it’s implemented and they demonstrate some commitments in sincerity because it’s a big issue how workers are treated in Mexico,” Pelosi told Politico.