Kenyan Olympic medalist Margaret Wambui criticized the International Association of Athletics Federations’ testosterone regulations, saying she will not alter her hormone levels for competitions if they are deemed to be too high.

Wambui, 23, said she received a letter earlier in May stating her testosterone levels were over the limit, and the runner does not plan on taking any suppressants, according to The Associated Press. Wambui also had admitted earlier that she had other health problems because of the testosterone levels. As this article explains, if your hormones are out of balance you can suffer from a range of health issues, from ED, fatigue, muscle loss and much more.

“It’s wrong of IAAF to ask us to take medicine to alter our natural body function,” Wambui said Tuesday.

Wambui won a bronze medal in the 2016 Olympic 800-meter race, and was the world junior champion in the race two years prior.

Wambui and two-time 800-meter race champion Caster Semenya contested the IAAF’s statements that competitors with sexual development differences have unfair advantages in regard to muscle mass, strength and oxygen-carrying capacity. (RELATED: Athletes With High Testosterone Can Be Barred From Women’s Sports) 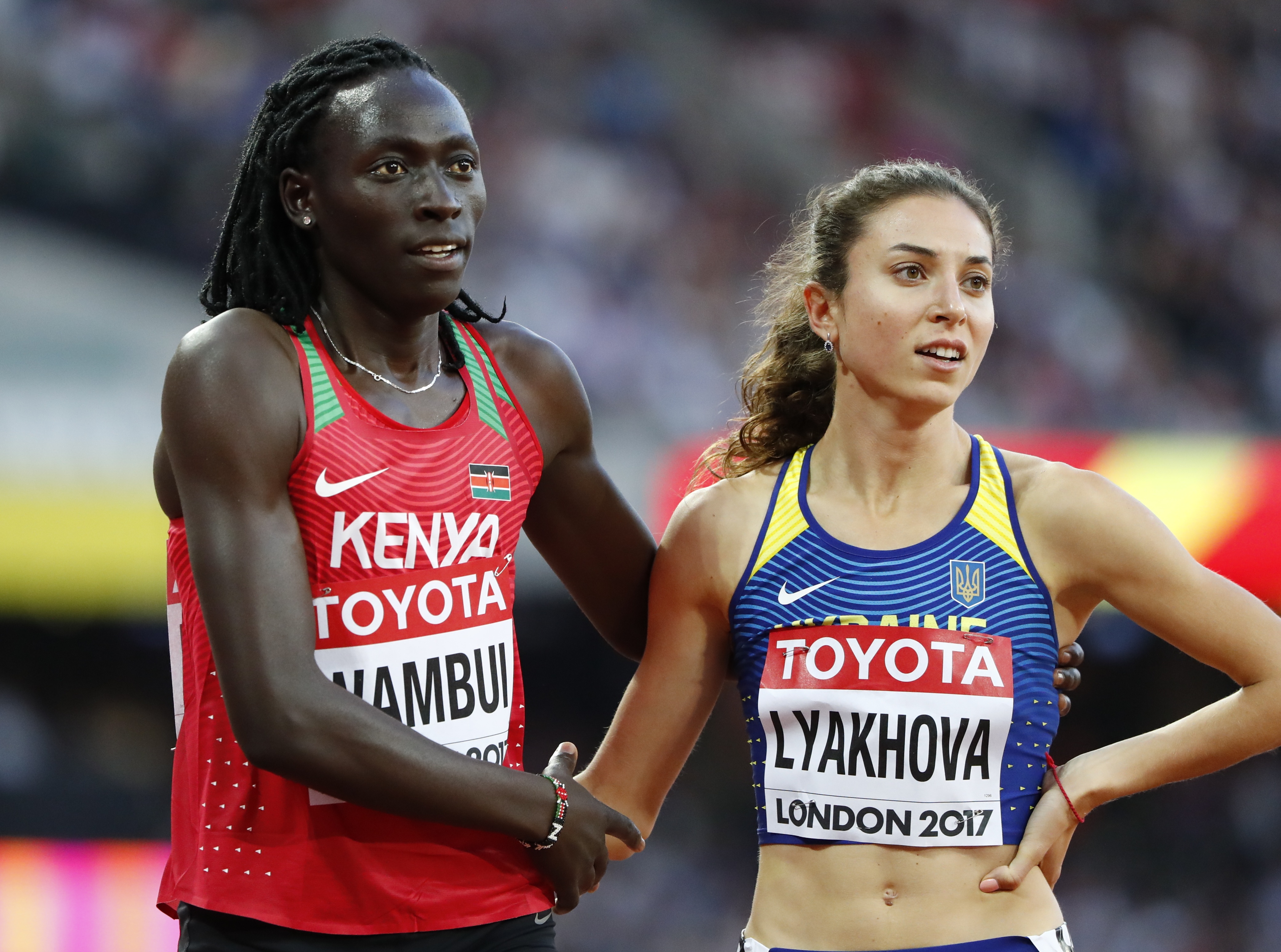 The Swiss Court of Arbitration for Sport decided 2-1 in early May that though restrictions on testosterone levels can be discriminatory, such discrimination is a “necessary, reasonable and proportionate means” of ensuring the fairness of female track and field competitions, The New York Times reported.

Semenya is reported to be intersex, a term defined by the United Nations as people born with sex characteristics “that do not fit typical binary notions of male or female bodies.”

“This ruling is very unfair,” Wambui told NBC News. “I have grown up knowing that I want to do athletics as a career and achieve a lot through it. Why wait for me to establish myself as an 800-meter athlete then tell me that I need to take medication to compete in the same event?”

“The ruling has affected me greatly because you are not sure of what to train for … this season I was focusing on the world championships and Diamond League races but all that effort has gone to waste,” Wambui added.

“The IAAF is grateful to the Court of Arbitration for Sport,” the IAAF wrote in press release after the court decision, “for its detailed and prompt response to the challenge made to its Eligibility Regulations for the Female Classification for athletes with differences of sex development, and is pleased that the Regulations were found to be a necessary, reasonable and proportionate means of achieving the IAAF’s legitimate aim of preserving the integrity of female athletics in the Restricted Events.”

The IAAF did not respond to a request for comment in time for publication.