Lindh pleaded guilty in 2002 to charges of providing support to the Taliban and carrying a rifle and grenade. The now-38-year-old from California has served 17 years of a 20-year sentence.

In one of four letters sent to the Los Angeles NBC station, KNBC, Lindh responded to a reporter’s question of whether ISIS represented Islam, according to NBC News.

“Yes, and they are doing a spectacular job,” Lindh wrote in the February 2015 handwritten response, NBC4 Los Angeles reported. “The Islamic State is clearly very sincere and serious about fulfilling the long-neglected religious obligation of establishing a caliphate through armed struggle, which is the only correct method.”

These comments came after ISIS publicized videos showing the beheading of numerous American journalists in 2014, according to NBC News. 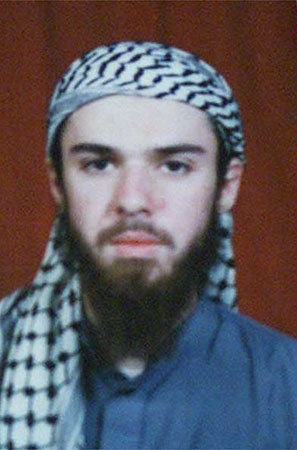 Lindh has spent his time in jail learning about Islam and said that he is a political prisoner in another letter to the NBC reporter.

“We are in prison due to our beliefs and the practice of our religion, not for committing any crime,” Lindh wrote in a March 2014 letter, according to NBC4 Los Angeles.

The reporter asked through correspondence if time behind bars had changed him.

Lindh responded: “I feel honoured to have been able to take part in the Afghan Jihad and to contribute to the defence of the Islamic Emirate of Afghanistan, albeit only in a very limited capacity.” (RELATED: John Walker Lindh Seeks Ind. Prison Prayer Ruling)

Lindh signed his letters with the name Yahya.

The National Counterterrorism Center published a 2017 report that said Lindh “continued to advocate for global jihad.” He allegedly made comments saying that he would continue to “spread violent extremist Islam upon his release.”

Lindh said that he “made a mistake by joining the Taliban” in the 2002 trial.

He will be under strict rules upon his release that were imposed by Judge T.S. Ellis. These include being banned from foreign travel and total monitoring of his internet use.